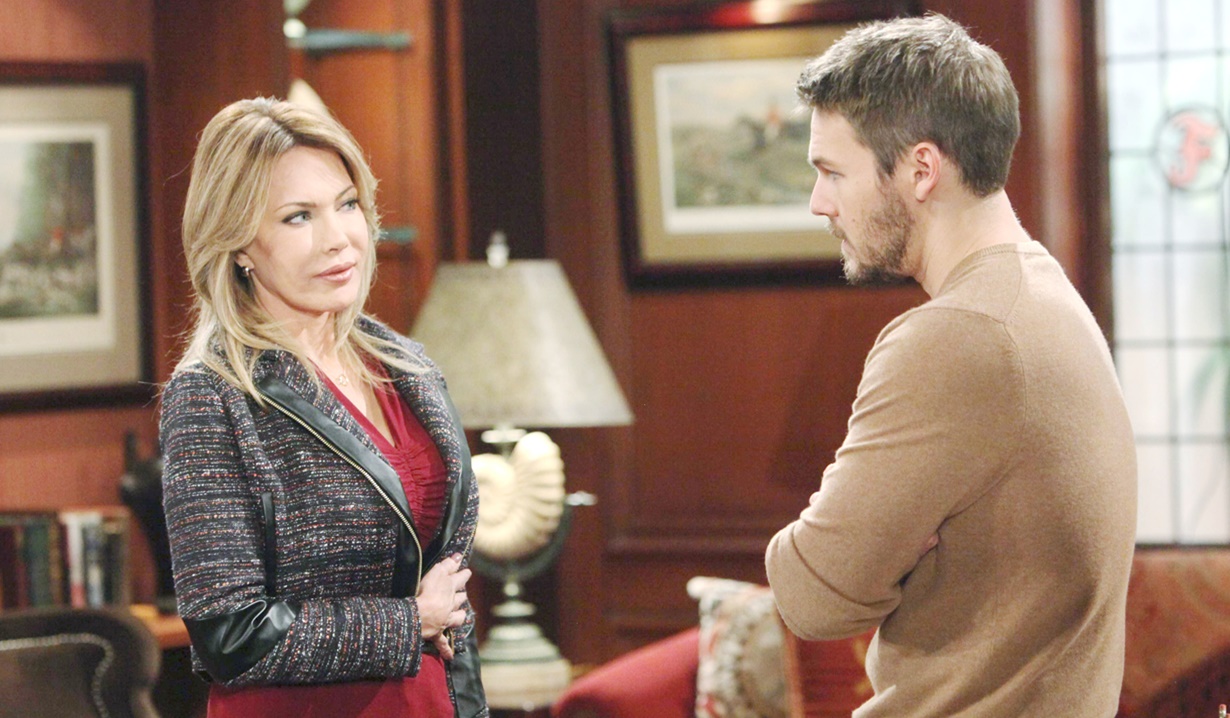 In Forrester Creations’ studio, Brooke and Hope continue to debate with Taylor about where Liam should be and with whom. Hope feels they shouldn’t be looking back and adds it’s not what Steffy wants. She goes on to say if Taylor can’t accept things as they are right now, it may be better if she leaves L.A. Taylor is outraged that she’d ask her to abandon her daughter and granddaughter – Steffy needs her. Hope reasons that she and Liam are married now and Steffy wants them to be a family. Taylor can’t believe the arrogance of Brooke’s daughter, suggesting she leave and rip her family further apart. She warns anyone who tries to push her out of their lives will regret it. 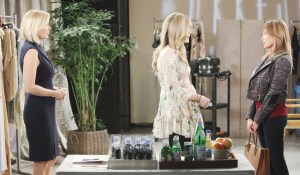 After Taylor leaves, Brooke rants that she sounded insane. Hope, looking distracted, admits she’s really worried about Brooke. She needs to know that Taylor’s done something terrible. Hope reveals that Steffy, Liam and Bill have known all along who shot Bill…it was Taylor. Brooke doesn’t believe it, but Hope insists it’s the truth. Brooke exclaims, “Taylor shot Bill? Taylor?!”

In the Forrester Creations office, Steffy is appalled that Liam told Hope about Taylor shooting Bill. Liam argues that she deserved to know. He goes on that Taylor has no right to lash out at Hope, and she’s capable of murder. Liam’s concerned about the safety of Hope, their baby, and even Kelly. Steffy concedes that Taylor’s disappointed with how things turned out, and what happened with Bill was an isolated event. She complains that Liam’s put a target on her mother’s back…now she’s the one in danger. Taylor enters abruptly and senses something’s wrong. She alludes to the hateful nonsense she had to hear from Hope and Brooke just now. Steffy chastises that they are all family and Taylor can’t cause issues every time she’s in a room with Hope and Brooke. Taylor apologizes, but has to remind Liam he was committed to Steffy and raising their baby together if it hadn’t been for Bill. She says Brooke and Hope can pretend this was how things were meant to be, but they’re wrong!

In the design office, Zoe is with a Forrester employee, (played by Angela Rummans), when an assistant lets her know she has a visitor – it’s a man who is taken aback that she doesn’t seem happy to see him after such a long time. 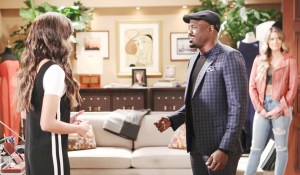 She wants to know what he’s doing there, and he explains he’s part of an exchange program with a hospital there. Zoe realizes he’s moved there. Xander enters and greets Mr. Buckingham, (played by Wayne Brady), Zoe’s dad. Zoe explains he’s apparently living there now. Reese Buckingham lets Xander know that he wasn’t happy when he abandoned his daughter. He realizes he hasn’t always been around during his daughter’s upbringing, but intends to spend a lot of time with her now. Once alone, Buckingham inquires if Zoe’s back with Xander, but his daughter cuts him off and talks about his hospital job. Buckingham asks for a hug…and gets a tentative one.