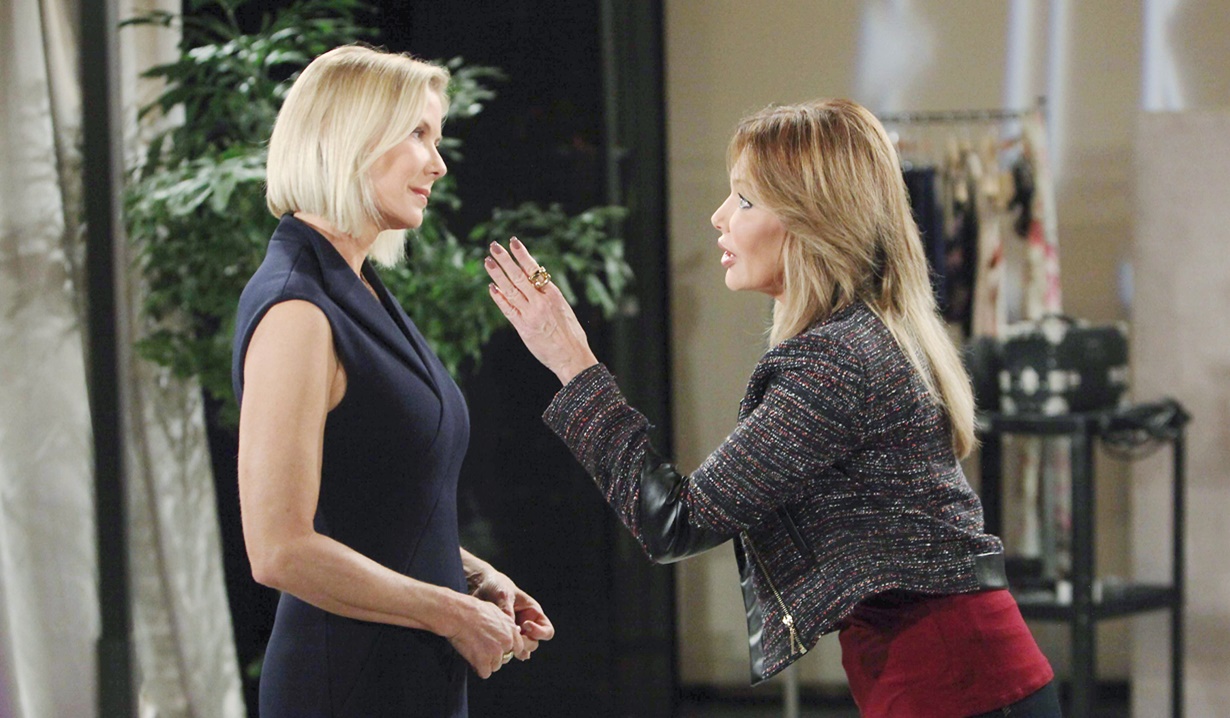 At the Forrester mansion, Taylor and Ridge commiserate over Steffy wanting them to just forget about what that bastard Bill did to her life. They marvel that she’s a remarkable young woman. Ridge remarks, “With a gene pool like this how could she miss?” Taylor complains about Bill’s interference meaning Steffy lost her husband to Hope. She frets that soon his focus will be on Hope and their newborn and her family will lose out again. Ridge observes it’s been humbling watching Steffy grow into a great mother, and he doesn’t think Liam will abandon her and Kelly. Taylor knows it won’t be the same once Hope’s baby comes. Ridge disagrees that Hope planned any of this, but he hates Bill Spencer. He spouts, “Whoever shot him…I just think our lives would all be simpler if he wasn’t around.”

At Forrester Creations, Hope reels from Liam’s revelation that Taylor was the person who shot Bill. 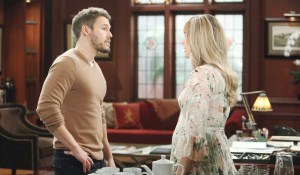 Liam explains it’s why he was scared to see Taylor lashing out at her. Hope asks how he knows, and he shares that Steffy told him. Hope realizes Bill knows too, and promised Steffy he wouldn’t go to the police. Liam relays that no one else knows – he only told Hope to warn her what Taylor’s capable of. Liam describes how the shooting went down as Hope gasps; it’s unbelievable. She can only imagine how Steffy feels. Liam confirms she was horrified. Hope worries about Taylor’s instability.

In the Forrester Creations studio, Brooke stops Steffy to talk about Hope and her baby. Steffy, concerned, asks, “Did something happen?” Brooke notes the baby will be born soon and she doesn’t want Steffy to ruin it for her. She informs Steffy that Liam will be there for Kelly, but once Hope’s baby comes, he’ll have to focus all his attention on his wife and child. Steffy feels she’s projecting her history with her mom onto her, and assures Brooke she and Hope will work things out. Brooke is advising Steffy to give Liam space after the baby comes, when Taylor appears. 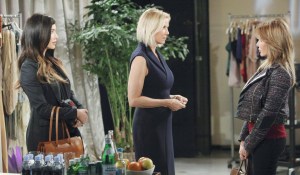 Outraged, she asks, “Are you kidding me?” She informs Brooke she can’t dictate how much time Liam spends with Steffy and Kelly…they were his family first! Steffy interjects that she encouraged Liam to be with Hope and is late for a meeting. Taylor and Brooke are left alone. Taylor accuses Brooke of bullying her daughter to release Liam from his fatherly obligations to Kelly. Brooke argues the point, but Taylor scoffs that she never changes – she’s passing the torch onto her daughter. Taylor informs Brooke she and her daughter aren’t better than them, and they won’t be taking their crumbs. Talk turns to Bill, and they disagree about him too. Brooke reiterates that Steffy needs to realize all the focus will have to be on Hope and her baby soon. Taylor wonders how she got so entitled. Hope enters as Taylor screams about Brooke stealing her children’s father, and hollers, “I hate you!” Hope jumps in between them, and reminds Taylor she’s not so innocent either. 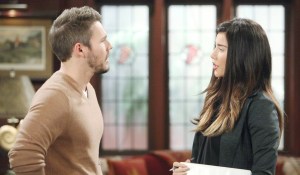 In the Forrester Creations office, Steffy runs into Liam, who assures her he won’t neglect her and Kelly after Hope’s baby comes. She mentions Brooke, then drops it. Liam relays he walked in on Taylor berating Hope and had to escort her out. Steffy’s apologetic, but her jaw drops when Liam admits he ended up telling Hope that Taylor shot Bill.

Steffy and Liam talk to Taylor.