Wednesday November 28, 2018: Liam interrupts Taylor and Hope, Ridge is reunited with Taylor, and Bill warns Steffy to rein in her mother. 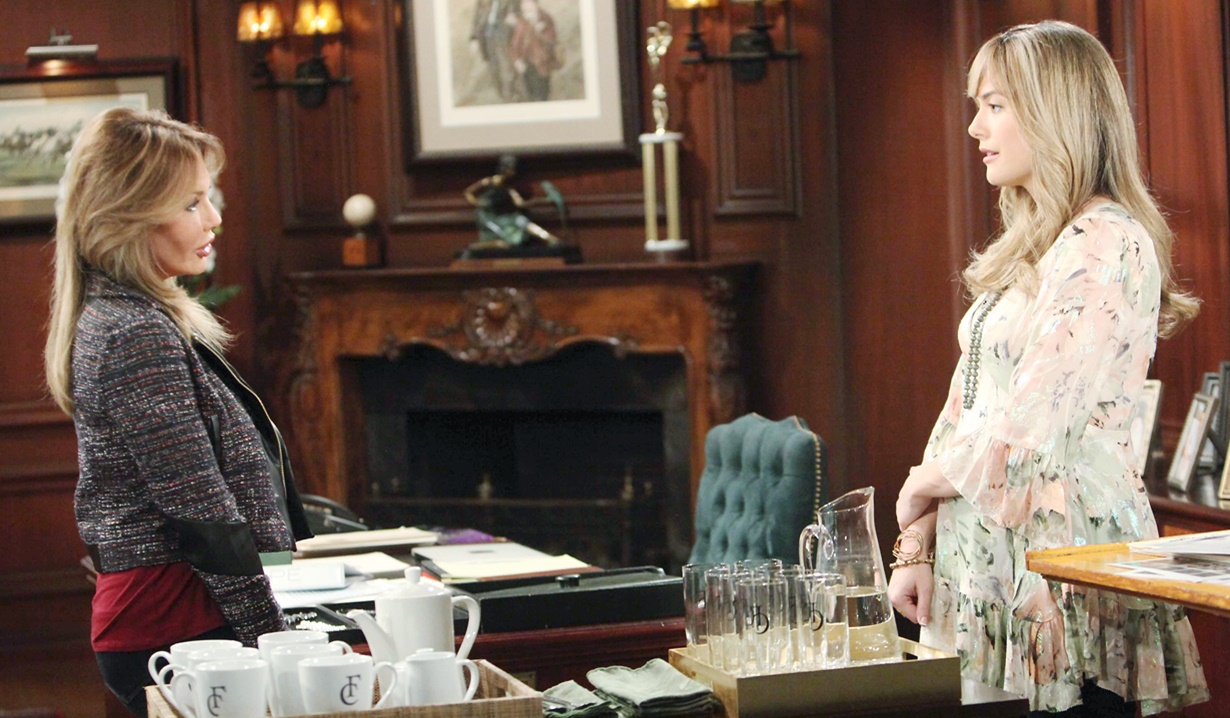 At Steffy’s place, she and Liam debate about whether Taylor should be allowed to be alone with Kelly. Liam’s unconvinced she’s a stable person. Steffy argues that Taylor is in therapy and would never be a threat to her granddaughter. Liam’s also worried about Brooke and Hope.

At Forrester Creations, Taylor calls Hope out on living the life that was meant for Steffy. She goes on that Steffy had no choice to accept it, just as she had no choice but to accept things her mother, Brooke, did to her. She accuses Hope of taking full advantage of Bill’s interference in their marriage to win Liam for herself. Hope reiterates that she supports Liam spending time with Kelly and Steffy, but rejects the idea she and Liam are only together because of Bill’s actions. Taylor points out it was advantageous to her; she can’t deny it. Hope reminds her Steffy hasn’t always played fair in the past and she made her choice – it’s the truth whether Taylor wants to hear it or not. Taylor persists that Hope did exactly what her mother would have done – thought only of what she wanted. 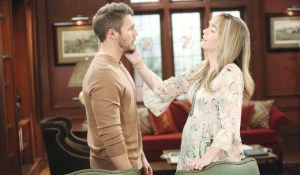 She clucks about the Logan women and becomes increasingly agitated. Liam arrives, and hears Taylor yelling at Hope about taking her granddaughter’s family. He bursts in and hollers at Taylor to stop berating his pregnant wife. He insists she leave and walks her to the elevator. Liam rejoins Hope, who remarks on how worked up Taylor got. Liam hints there’s more behind his protectiveness, and Hope asks what he knows about Taylor. Liam struggles with whether to say anything before revealing that Taylor was the one who shot his father.

At Spencer Publications, Bill flashes to the night he was shot and looks at Detective Sanchez’s business card before leaving the office.

At the Forrester mansion, Ridge confers with Quinn and Eric about the Thanksgiving leftovers. Eric crows about the wonderful Forrester dinner, but Ridge thinks it must have been tough for Steffy to watch Liam with Hope. Eric feels Ridge should be proud of Steffy for how she’s handled things. 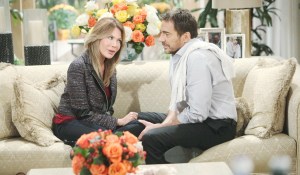 Ridge is proud of her, but it’s still not right. Quinn interjects that it’s all Bill’s fault. Eric wants to steer clear of talk about Spencer and offers up pumpkin pie. Ridge promises not to go ballistic on Bill, and Eric reassures him before leaving with Quinn. Later, Taylor arrives. Ridge is pleased to see her and she cries that she’s grateful to see a happy face. They sit down and talk about their kids.

Steffy’s surprised to find Bill at her door, and assumes he’s there to see his granddaughter. Bill says that’s not what this is about. Steffy asks if something’s wrong. 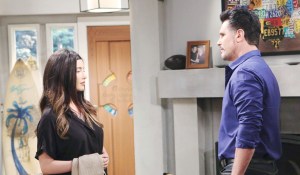 Bill isn’t sure, and updates her that he had a visit from her mother, who may not be as changed as she claims to be. Bill reports she was wound a little tight and concerned he might renege on his promise. He reassured Taylor, but that didn’t keep her from going off on him. He adds, “She was trying my patience, Steffy.” He fills her in on Taylor’s accusations and advises she needs to move on. Steffy vows to rein her in, but seeks reassurance he’ll keep his word – no one else can find out Taylor shot him.

Brooke and Taylor square off.

Liam Wants Taylor Kept Away From...