Taylor Fears Bill Will Send Her to Prison 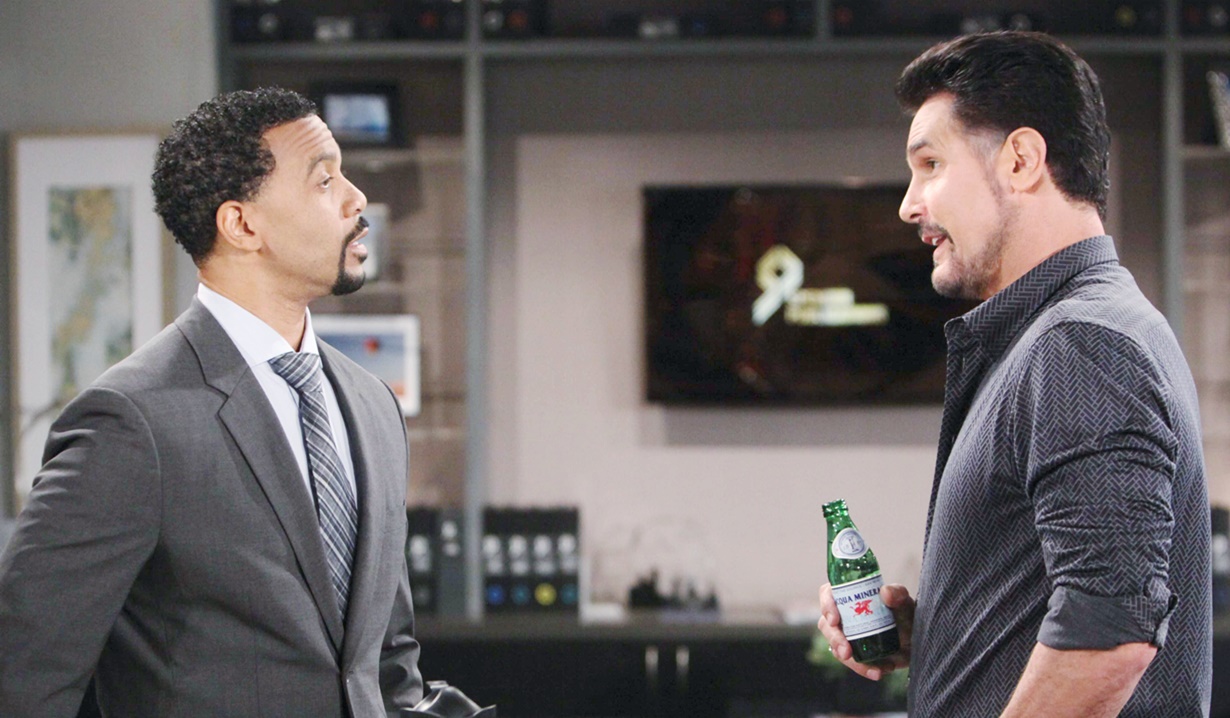 At Forrester Creations, Brooke enthuses to Liam and Hope that she can’t wait for their beautiful little baby to come into the world and gets teary. She gifts the happy couple with a cute little purple outfit for the baby. Brooke’s overjoyed to see them so happy; they’ve had a hard road and really deserve it. They go over what Ridge did with the judge, and talk turns to Bill’s claim he’s a better man. Brooke believes him, though Liam worries whether it will stick. Brooke insists he wants to grow and learn. Liam notes she has more faith in his father than he does. Brooke clucks that he got shot in his own living room – Bill’s had a tough year. They discuss the attempted murder; Liam doesn’t think the shooter will try it again, and scoffs at Brooke’s suggestion Bill should have a body guard. Brooke wishes the person responsible would be arrested and brought to justice.

At Spencer Publications, Justin’s dismayed to hear Bill’s not going forward with Spencer Tower and implores him to put the sword necklace back on. Bill reassures him and changed the subject to Brooke. They bicker about Bill not putting Ridge behind bars until Detective Sanchez arrives. Sanchez wants to talk about Bill being shot in his own living room. Bill asks, “Is that not a cold case by now?” Sanchez replies, “Not if you can help me heat it up.” Bill shrugs that he has a lot of enemies, and Justin wonders if the detective has a new lead. 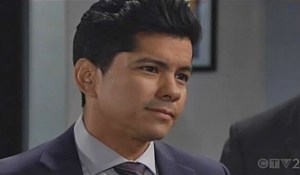 Sanchez looks to Bill for information and peppers him with questions about the shooter. Bill asks Justin to take Sanchez for a donut. Sanchez can’t understand why Bill won’t cooperate – maybe he doesn’t want them to get to the bottom of it? Bill maintains there is nothing else he can tell him. The detective leaves his card, and goes. Justin doesn’t get Bill’s reluctance to help find the shooter. Bill flashes to his confrontation with Taylor, and her plea not to send her to prison.

At home, Steffy brings Kelly out of the bedroom to see Taylor, who has come to visit. Taylor tells Steffy she saw her fashion show online – it was incredible. She then inquires about Liam, who should be there, not married to Hope. Taylor goes on about how unfair it is, and Steffy urges her to focus on her own therapy. Undeterred, Taylor steams about how Brooke and Hope got away with this…something has to be done to make it right. 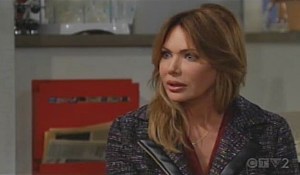 She blames Bill for destroying Steffy’s marriage, and rants about that. Steffy seeks confirmation that Taylor’s still doing therapy. Taylor’s skeptical when Steffy says she’s heard Bill’s changed, particularly since she heard it from Brooke. Steffy warns Taylor to mind what she’s saying about Bill – he’s the one keeping her from prison. She still can’t believe her mother tried to kill someone. Taylor flashes back over that night and cries that it was so wrong…she’s so ashamed. Now her future is living in fear and wondering if Bill will change his mind and she’ll live out her life in a prison cell. Steffy’s anguished as Taylor gestures in frustration. Taylor’s afraid Bill will turn her in – she wants to be a part of Kelly’s life. Steffy assures her it will stay a secret.

Taylor has a confrontation with Hope. 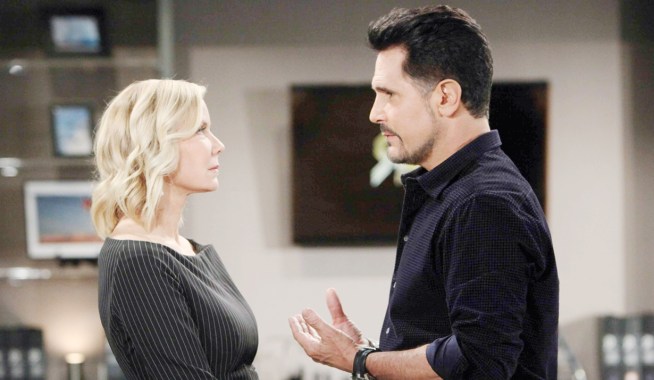 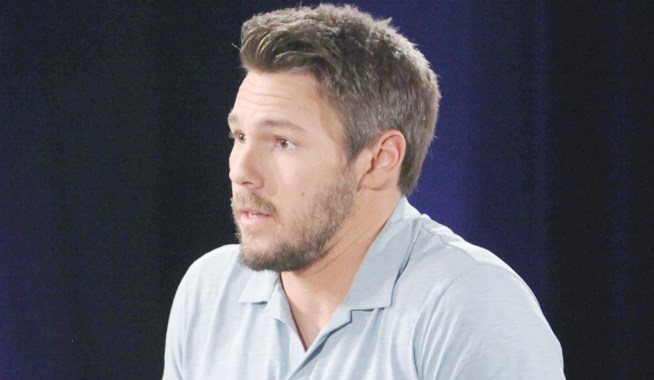