Tuesday November 20, 2018: Hope comes upon a family moment, Steffy and Hope reach out, and Katie and Bill discuss moving forward. 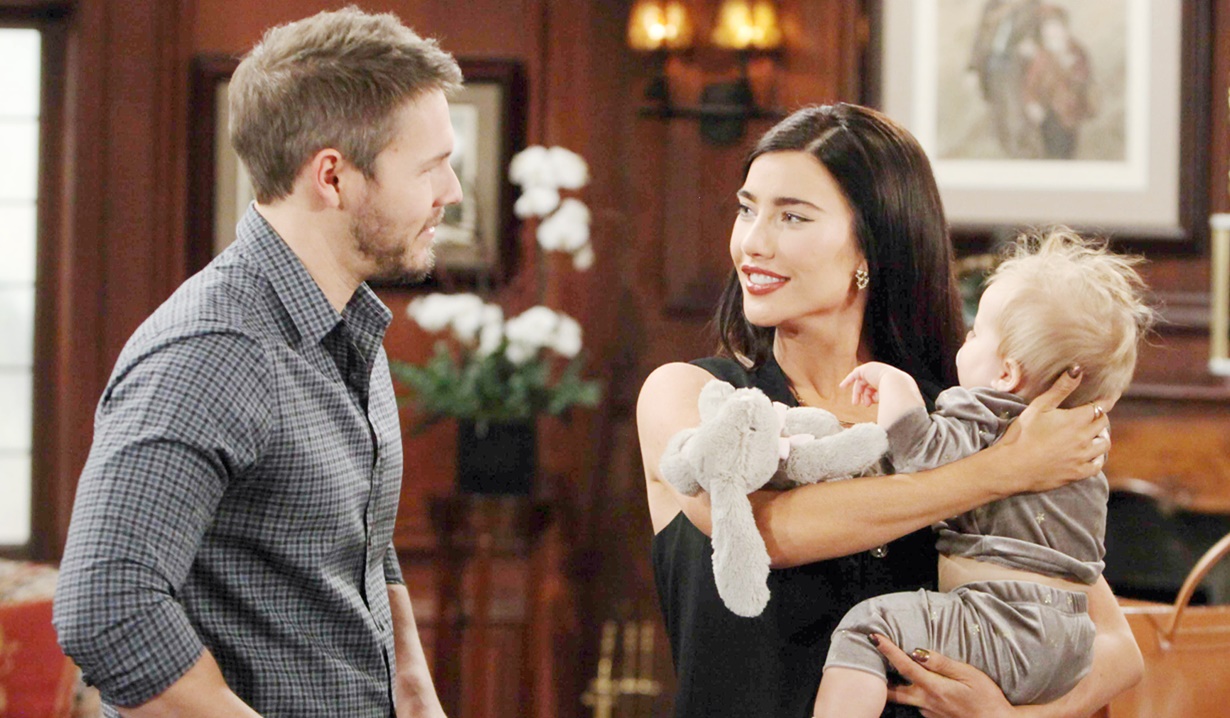 At Forrester Creations, Liam and Steffy interact with Kelly, (played by Zoe Pennington), and wonder if one day she’ll be sitting behind the big desk like Mommy. Steffy confides there’s something else she wants for their daughter – to be happy. As they chat, Hope arrives, and Steffy invites her into the office. Hope doesn’t want to interrupt their family moment, but Steffy insists; they’re all family. After Steffy takes Kelly out, Liam and Hope talk about being impressed with Steffy’s outlook. Steffy returns and Hope expresses this, 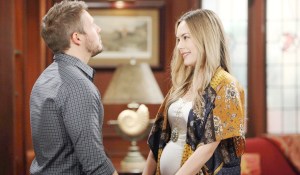 though admits she was disappointed about Ridge’s choice regarding the lines. Steffy and Hope want to reach out to one another again. Steffy suggests they put their differences aside…for their little girls. Hope agrees, and they look forward to the things they will be able to do together. Steffy feels Kelly having a sister will be a gift. Liam interjects that he will dote on his daughters. Steffy asks if they’ve chosen a name. They haven’t, but Liam wants a strong name. Hope jokes that he’s picking out Viking names. Liam sums up that both his girls will be intimidating and strong like their mothers. Steffy prepares to leave and Hope remarks that she must be so excited about Kelly’s first holiday. Steffy flinches, and admits it might be a little difficult for her…she’s not jealous, but is mourning the loss of the future she planned, despite being happy and focusing on Kelly. They all feel they can overcome their differences…for their children.

At Katie’s place, Bill can’t believe Thorne is at the office and missing an opportunity to stick his nose in their business. Katie smiles; this is between them. She hands him paperwork and announces his parental rights have been restored. Katie wanted to give it to him herself, and to talk about it. Bill muses that the old Bill would have wanted more, and if she’d fought him on it, he’d have thrown Ridge and the judge in jail…but he’s not that person anymore. He agrees they need to talk about it. Bill can’t quite fathom how fast this all happened, but thanks Katie…Will is his priority and he just wants to move forward. Bill feels they can agree the custody suit was a mistake. Katie still believes she did the right thing, and explains it wasn’t to punish him – she just didn’t recognize Bill, who was neglecting his child. Bill complains that Ridge is the bad guy here, but concedes this did make him realize 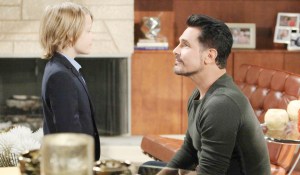 how fiercely she loves Will too. Bill assures Katie she and Will can count on him. He says it’s nice to be back on the same team…they used to be a pretty good one. Will arrives, with his friend’s mother, (played by Tiffany Coyne), who suggests a play date next week before leaving. Bill enthuses to Will about sleepovers on a regular schedule…better than before. Will thinks it sounds awesome. Katie and Bill spend some time with their son, and Bill agrees to take Will to basketball next week; he’ll be around for the holidays. The only gift Will wants is more time with his father. Katie and Bill think it’s perfect, and Bill wants the same thing. He and Will embrace.