Friday November 16, 2018: Katie has news for Wyatt and Liam, Bill credits Brooke with causing the change in him, and Wyatt questions Bill's forgiveness. 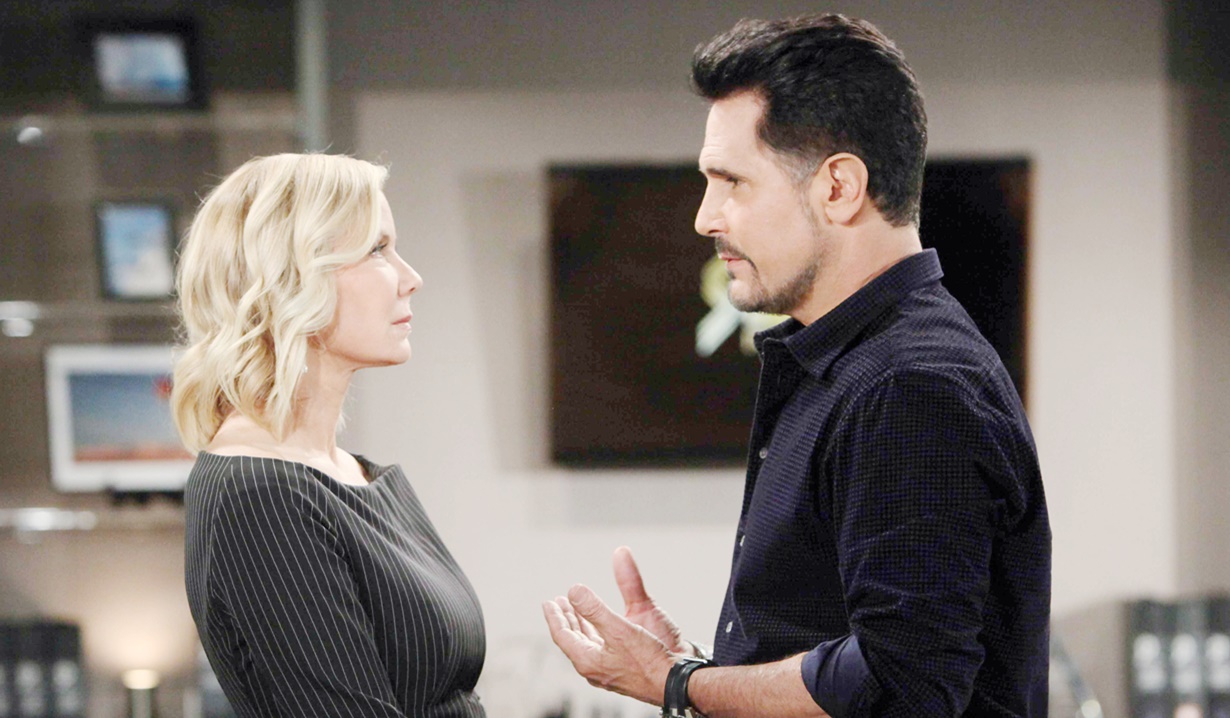 At Spencer Publications, Brooke and Bill recap him saving Ridge and McMullen from the terrible fate of prison. Bill feels that would have hurt her, and he never wants to hurt her again. He wants the best for Brooke, always. Brooke will never forget what he’s done for her family, and notes it must feel good to have put this ‘new skin’ on. Bill wishes he’d done better before, then they’d still be married. He has further to go with Brooke, to show her the kind of man he can be. Brooke doesn’t want him to change for her, but Bill ruminates that he lost so much when he let her go…he hopes it’s not too late to show her he can be the man she deserves. Bill goes on about Brooke’s belief in him; she’s brought so much to his life. His whole life is her and his son now. Brooke sighs, “Bill…” Bill knows she’s married, but cannot deny his feelings. He adds, “There’s nothing I wouldn’t do for you.” Brooke doesn’t regret taking Bill’s side with regard to his son. She feels once Liam and Wyatt see him choosing forgiveness, things will change. Bill has clarity now and knows he had everything he needed when he was married to her. Brooke believes he’s a better man. Bill declares his love for her will always be enduring…forever and a day.

At Forrester Creations, Wyatt and Liam discuss Bill’s love for Will with Katie and Thorne. Katie admits someone tampered with the case to ensure she got full custody. Wyatt exclaims, “Who would do that?” Katie confides it was Ridge, and warns that Bill knows. Wyatt and Liam panic, and are stunned to hear he’s decided to show mercy. Katie relays they’ll go back to sharing custody of Will. Wyatt snaps that it never should have changed. Ridge enters and realizes everyone’s been filled in. Wyatt asks, “What were you thinking?” Ridge claims he was trying to protect Will, and with Bill you have to go to extremes. He recalls how Brooke found his burner phone and confronted McMullen…after that it all unraveled. Wyatt declares they’re all complicit. Thorne argues they thought it was in Will’s best interest – he still doesn’t believe Bill is a good influence. It comes out how Bill entrapped Ridge and the judge. Wyatt can’t blame his father, and is puzzled as to why he didn’t put them in prison. 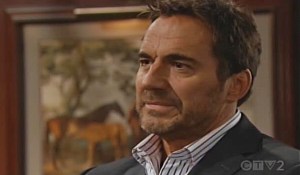 Ridge understands he’s loyal to his father, but he tried to help his little brother. Katie explains that Bill didn’t turn them in because he’s claiming to be a changed man. Ridge rants that he’s doing all this for Brooke…because he wants her back! Wyatt and Liam try to digest this – wouldn’t it be easier to win Brooke back with Ridge in jail. Katie muses Bill’s not the man he used to be. Ridge disagrees – he’s exactly the man he used to be, and is coming for his wife.

Bill talks to Wyatt and Liam about their legacy.

Bill Comes to a Decision in Regards...