Thursday November, 15 2018: Liam and Wyatt spend time with Will and Donna, and Bill and Katie come to an agreement. 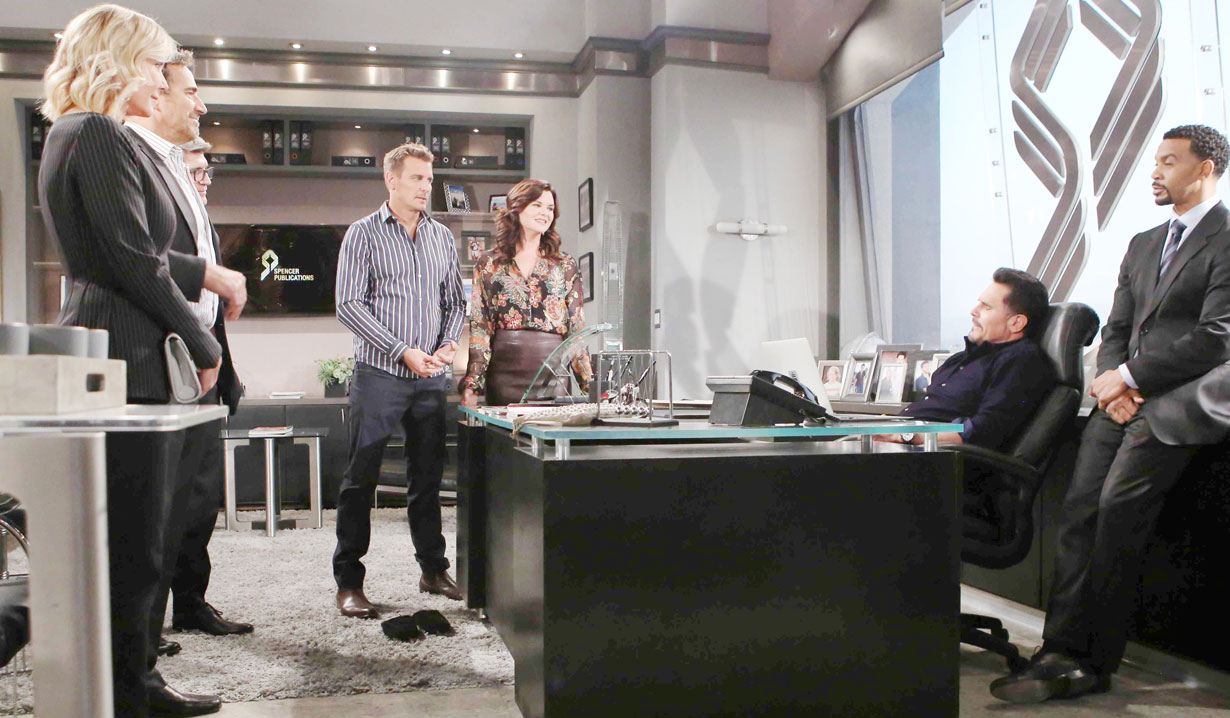 At Forrester, Wyatt speaks with Liam about how odd it feels working there. Liam knows it was always dad’s dream to pass the company onto his sons. Wyatt notes, “There is still Will.” Liam wonders how dad took the news. Wyatt reveals he barely reacted, and he was in a good mood because he was hanging out with Will. Donna stops by with Will, and Liam convinces his little brother to try some of his seaweed salad. 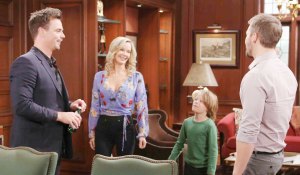 Will gags that it tastes like the ocean. Liam asks how long Donna is in town for, and she reveals for a while and she’s working with Pam at Forrester. Will enjoys having Aunt Donna around and that he gets to see his dad anytime he wants. Wyatt and Liam want Will never to forget their dad loves him and would do anything for him.

At Spencer, Bill lectures Brooke, Ridge, the judge, Katie and Thorne about how important Will is to him, and accuses Ridge of sticking his nose into business that was none of his to begin with just for revenge. He didn’t press charges after the balcony incident and reveals he won’t turn them into the cops this time either. He wants them to check themselves in the mirror the next time they are up on their martyr pedestals because what they did to an innocent little boy was heinous. McMullen wonders if this is a trap, but Bill swears he is a changed man just as he promised Brooke when he 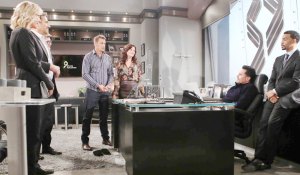 woke up in the hospital. He advises Ridge to not keep trying his patience. However, he wants the custody arrangement retooled, and Katie acknowledges she’s happy to share custody with him. The judge agrees to make it happen. Brooke thanks Bill for not pressing charges and believes he truly has changed. She pushes Ridge to say something. Ridge swallows his pride and thanks Bill. Everyone files out of the office, but Bill asks Brooke for a moment alone. Ridge refuses to leave Brooke alone with Bill, but she suggests he respect Bill’s wishes after what he just did. Ridge leaves them, and Brooke thanks Bill again. Bill plans to focus on the good and having his son back, and he thanks her for having his back through this mess. She knows what her husband and the judge did wasn’t fair, and she’s grateful for his mercy. He didn’t hurt them only because it would have hurt her, and he never wants to hurt Brooke again. Bill says the change in him is due to her.

More: Fan favorite back to B&B

Katie and Thorne return to Forrester. Donna and Will have left, and Katie reveals to Wyatt and Liam that they just had a meeting with Bill and they are going to share custody of Will.

Ridge is sorry and swears a promise to Brooke.

Ridge clues Wyatt, Liam, Katie and Thorne in on what he believes Bill is up to.

Ridge Declares Bill's Coming for His... 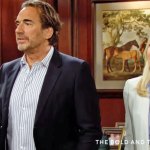