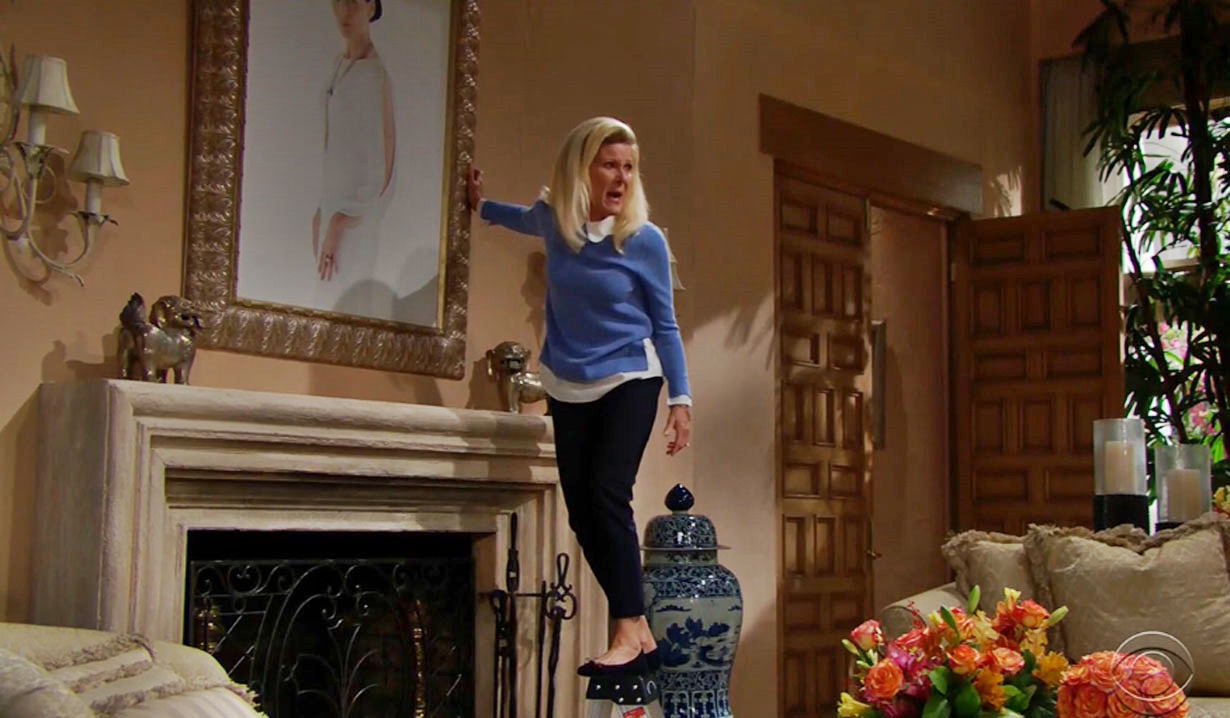 At the hospital, Bill reminds Ridge if he had pressed charges, he’d be in jail right now. Ridge calls Bill out for his new lease on life…he’s not trying to be a better person, he’s trying to get Brooke. Bill won’t divulge the content of his conversations with Brooke, but says he told her the truth. Ridge maintains he wants to be with Brooke. Bill cautions, “Careful, Forrester. Your insecurities are showing.” He wonders what Brooke would think about Ridge accosting the man he just pushed over a balcony. Ridge reminds him he already agreed not to call the police. Bill mocks Ridge for his insecurity and asks if he’s nervous. Bill then adds that he should be, because he’s more of a man than Ridge will ever be. Ridge thinks there is something wrong with Bill’s head and vows he won’t come between him and Brooke. Bill counters that Ridge will let her down again; he always does. Ridge denies it will happen, which amuses Bill to no end. Ridge goes over Bill’s bad track record with not having boundaries. Justin enters with Bill’s discharge papers. Ridge warns Bill if he wants to stay out of the hospital, stay away from his wife. After Ridge leaves, Bill intones that Bill Spencer always gets what he wants.

At Forrester Creations, Brooke assures Eric that Bill’s not going to press charges against Thorne and Ridge…Bill wants to change. Eric scoffs, but Brooke believes him this time – he wants to repair the relationships with those closest to him. Eric doesn’t trust Bill, and warns Brooke shouldn’t either. Brooke reminds him he’s the person who taught her the value of second chances. Eric believes Bill’s motivations have more to do with her than she’s willing to admit…and Ridge thinks so too. Brooke smiles that Ridge always thinks there’s an ulterior motive where Bill’s concerned. Eric’s convinced she’s caught between the two men again.

At the Forrester mansion, Pam’s furious Quinn referred to her upcoming nuptials as her ‘damn wedding’. Quinn wants Pam to be grateful and show her some respect in her own home. Pam wonders, “Or what?” Will Quinn turn her into a toad? Quinn sighs and rolls her eyes. Pam questions why she’d be grateful to Quinn after the things she’s said about her. Quinn counters she’s called her worse. Pam can see through Quinn and thinks she’s just agreeing to hold the wedding there so she won’t upset Eric. Arguing ensues about why Eric’s willing to host the wedding. Pam rants about the history of her family there, and adds that Quinn’s portrait is an insult to everything Stephanie stood for. Pam moves to take Stephanie’s portrait, but Quinn stops her; it’s Eric’s property. Pam hollers that Stephanie would never allow her to be treated this way. She looks at Quinn’s portrait and climbs up to get it, shouting that Quinn ruined Stephanie’s portrait to hurt her, how would it feel if she did the same thing to hers?! Pam gets the painting down and Quinn screams at her to leave it alone. Eric enters and shouts, “What in the world is going on here?” Pam relays how Quinn called her nuptials a ‘damn wedding’ and Quinn argues Pam is completely unreasonable. Pam becomes hysterical yelling that Quinn ruined Stephanie’s portrait, and now everything is ruined! 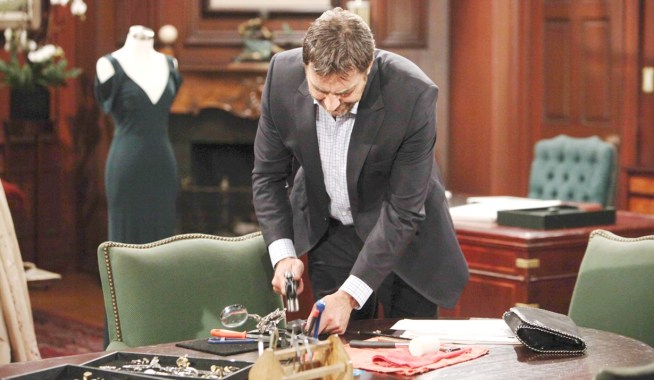 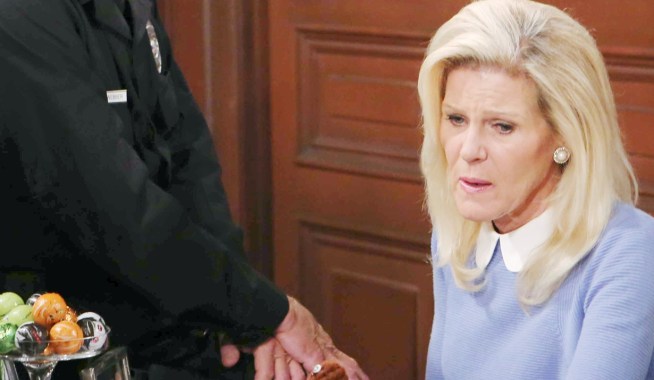