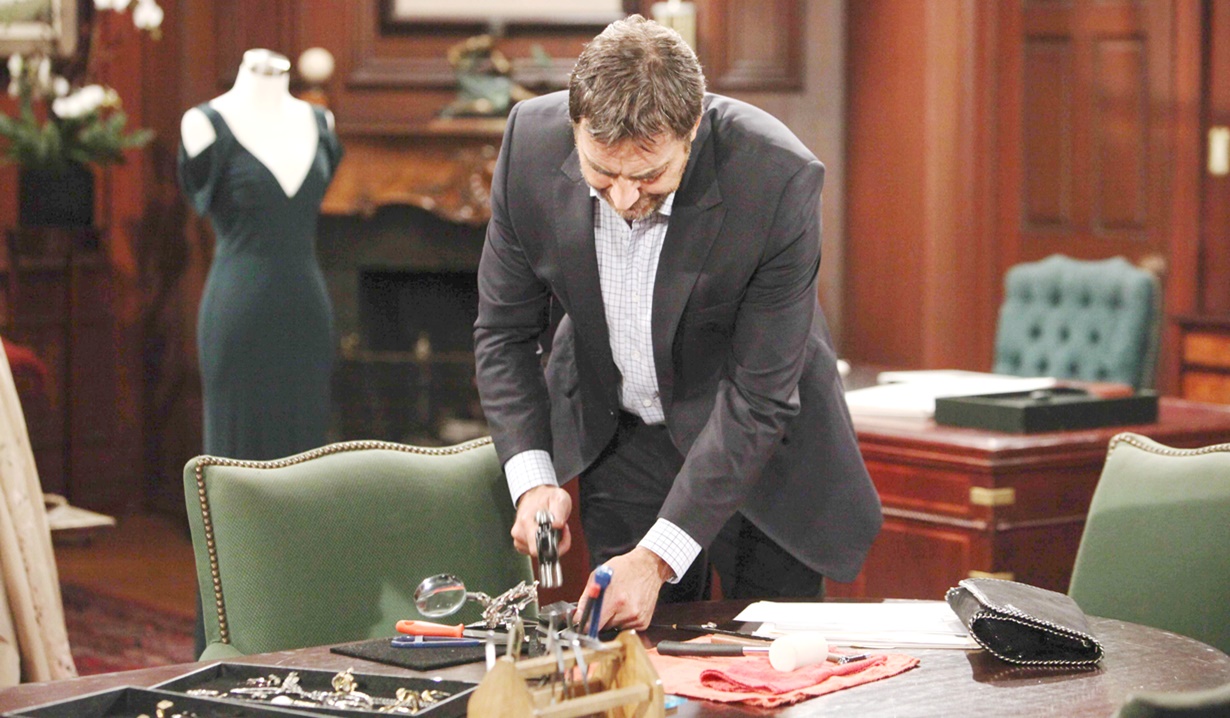 At the hospital, Bill complains to the doctor about being kept for observation so long. The doctor goes to get his release paperwork started, and Justin tells Bill it looks like he dodged another bullet. Bill believes there’s a reason he’s still around. He updates Justin that he removed his sword necklace – he doesn’t want to be that guy anymore; he wants to get it right for a change. Bill lets Justin know that he and Brooke aren’t over…not by a long shot.

At Forrester Creations, Brooke relays to Ridge that she’s grateful to Bill for not pressing charges against him and Thorne. Ridge notes she spent a lot of time in Bill’s hospital room and asks what he had to say. He suspects Bill agreed not to press charges in exchange for Brooke. He fetches Bill’s sword necklace from her purse and hammers it to pieces. Brooke gasps and argues with Ridge about whether Bill’s trying to take advantage of her. In reception, Pam rants to Charlie about Quinn – she thinks a person can only hide their true nature so long and Quinn’s real self will come out – and she’s dangerous! Pam sighs…she had her heart set on getting married beneath Stephanie’s portrait and now it’s ruined. She flashes to Quinn’s foot going through the portrait and declares that woman is evil. Pam goes on about what the Forrester mansion means to her. Charlie notes Pam has talked about losing Stephanie, but not her mom. He’d like to hear about it. Pam recalls her passing was actually quite beautiful, and flashes to her last moments on the beach. Charlie assures Pam he is the one she can count on now; he’s so grateful she agreed to marry him. Pam thanks Charlie for giving her strength back.

At the Forrester mansion, Eric isn’t happy with Quinn about the incident involving Stephanie’s portrait. Quinn protests she didn’t put her foot through it on purpose, and asks, “You believe me, don’t you?” She insists she holds Stephanie’s legacy in the highest regard. Eric believes her, but wishes they could agree on being more patient and understanding where Pam is concerned. Quinn complains that Pam hates her, and disrespects her every chance she gets. She rants about Pam wanting to take her portrait down. Eric argues it’s only for a few hours, can she not have compassion for Pam, who has lost almost everyone? Quinn hates that he’s disappointed in her and doesn’t want to fight, so she concedes Pam can get married there. Eric says it means a lot to him, and assures her she’s a big part of this family. Later, Pam arrives to find Quinn trying on a witch hat in the mirror. She informs her she’s getting Stephanie’s portrait restored, taking Quinn’s down, and getting married in a long ceremony there. Quinn snarks that she already told Eric she could have the damn wedding in her house. Pam hollers that this is the first time she will say her vows and be a bride…and Quinn’s calling it her ‘damn’ wedding?!

More: The Avants return to B&B

At the hospital, Ridge checks in on the shiny new Bill Spencer, and to say his truth. Bill chortles, “Lay it on me, brother.” Ridge relays that Brooke is his wife and not available to Bill…not now and not ever. He adds Bill should stay away from her. 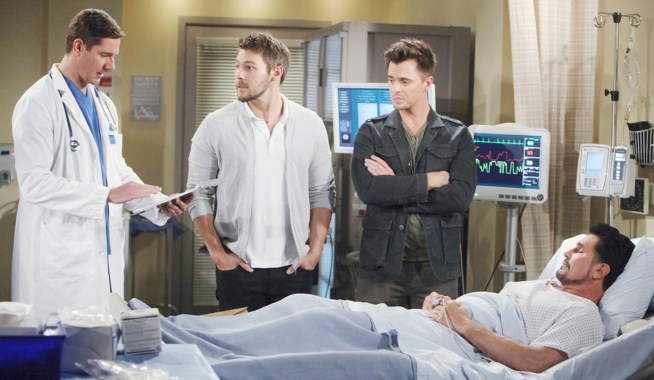 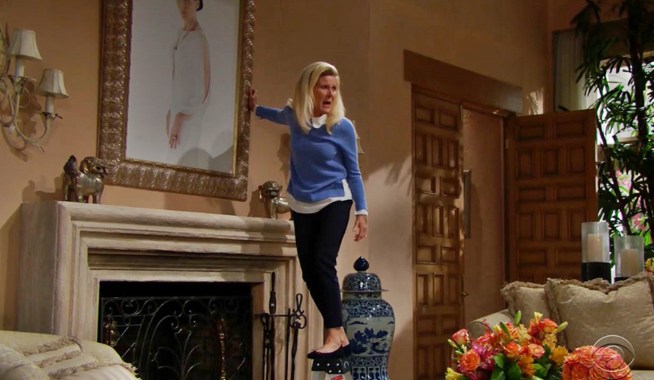