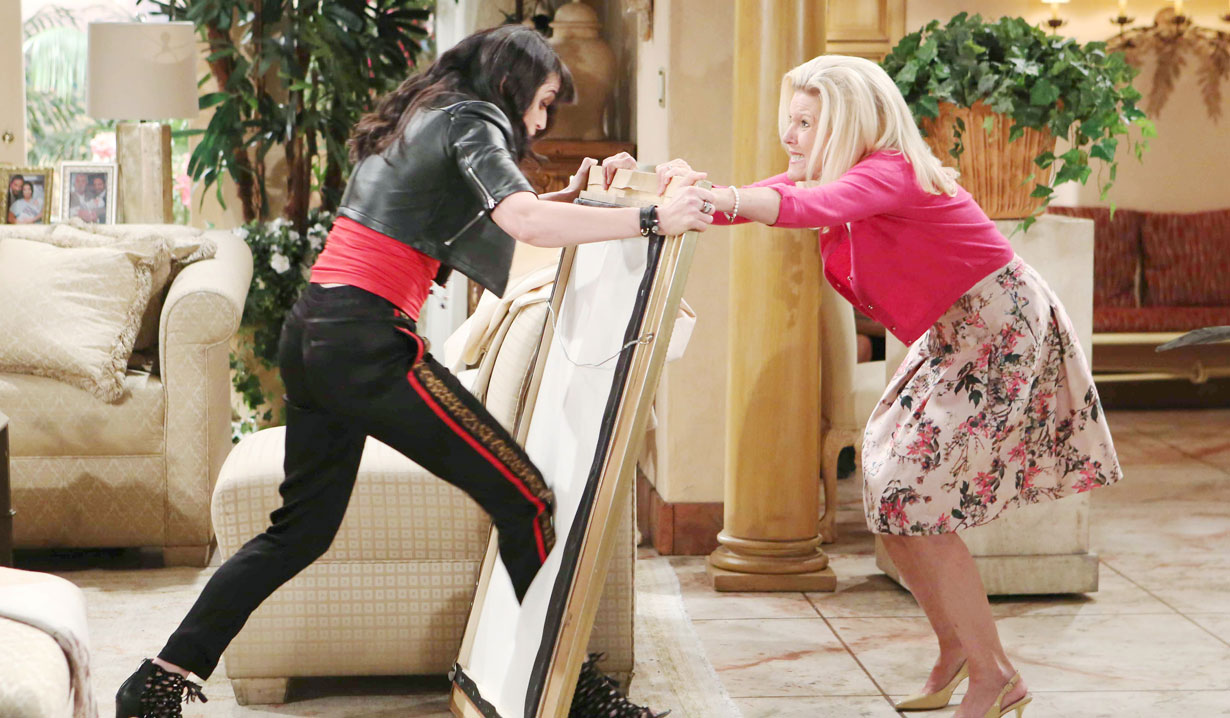 Brooke questions Detective Sanchez’s presence at the hospital. He heard what happened and wanted to make sure everything was on the up and up… especially with Ridge involved. Sanchez asks Ridge if he pushed Bill. Ridge readily admits he did, adding that he hates Bill more now than ever. However, he maintains the fall was an accident. He did not try to end his life. Sanchez says they’ll find out when Bill wakes up. In Bill’s room, Liam asks his comatose father what went down between him, Ridge and Thorne. Wyatt replaces Liam at Bill’s side. He says he will always be Bill’s son and will be there for him. Wyatt doesn’t know where they all stand with each other, but they are family. Despite calling Bill a tough man to love, he isn’t ready to be without him yet. He begs his father to hold on, never quit and never give up—just like he taught his sons. Wyatt returns to the lobby after Sanchez has left. Despite Wyatt’s disapproval, Ridge heads in to see Bill. Ridge tells Bill they could have been friends. They could have created something together, but Bill doesn’t play well with others. Ridge doesn’t like seeing him in this position, but maybe it was inevitable because he hurt so many people. He has every reason to hate him, but he doesn’t want him to die.

In the Forrester lobby, Pam grows more outraged at Quinn’s suggestion that she’s crazy. She asks if Charlie believes Quinn. He emphatically declares he doesn’t. Pam continues to rant. She won’t let Quinn get away with it and storms off. Quinn and Eric continue to argue about Pam at the mansion. Quinn calls her portrait a symbol of all that is good in her life and it’s because of him. She doesn’t want it taken down. She accepts that Stephanie will always be a part of their lives, but she thinks Pam only wants to get her way, not respect her sister. Eric urges Quinn to be patient with Pam and then leaves to tend to business. Soon after, Pam enters raving about what Quinn said to Charlie. Quinn doesn’t think Pam is mature enough to get married likening her to a 7th grader at a Justin Bieber concert. More arguing ensues with Pam ranting how Quinn will never be like Stephanie. Pam brings out her sister’s portrait. Quinn tries to grab it from her and they struggle. Eric returns just as Quinn puts her foot through Stephanie’s image.

Katie worries for Will.

Eric tries to keep the peace.

Bill Wakes up After Brooke’s...