Monday October 22, 2018: A heated argument between Ridge, Bill and Thorne goes too far, Brooke and Katie discuss Ridge and Thorne's hatred of Bill, and Hope and Liam learn the sex of their baby. 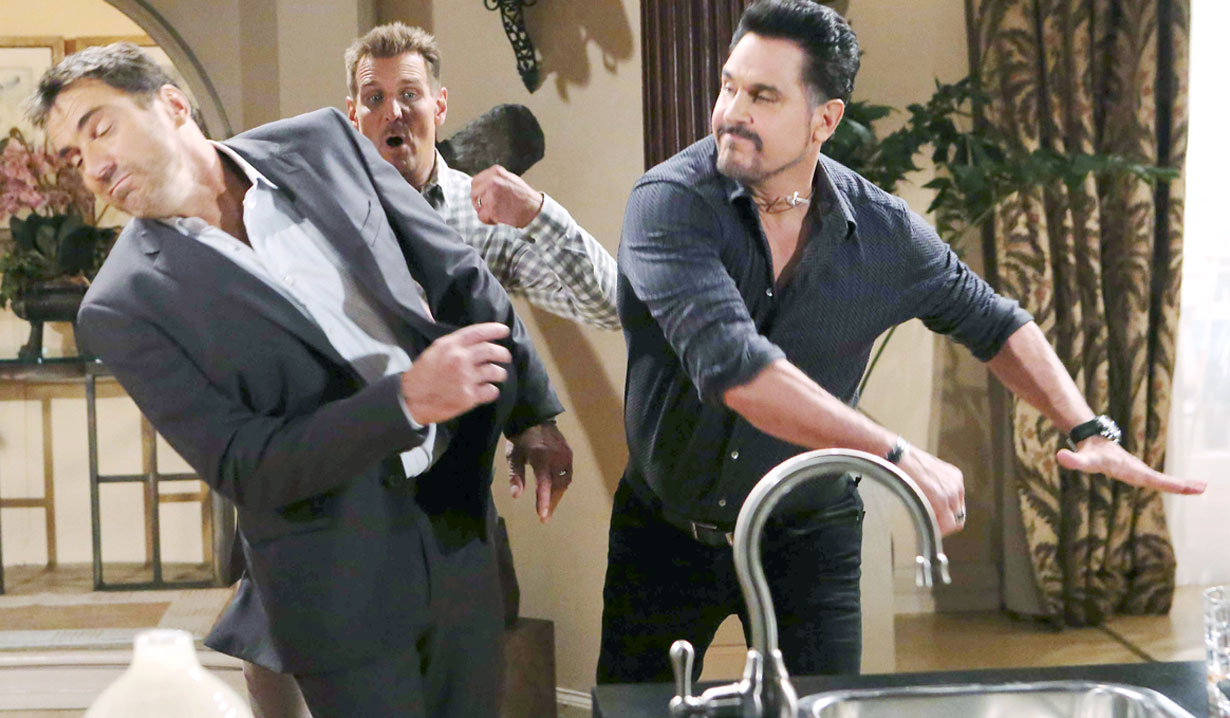 At his mansion, Bill rants at Ridge and Thorne and accuses ‘needle and thread’ of threatening him. Ridge insists Bill and Brooke will never be alone again, ever. Bill tries to throw them out but Thorne demands he agree that Brooke’s off limits. Bill warns if they don’t leave, something will go down – something they’ll all regret. Ridge feels threatened now and cautions his nemesis to stay away from his wife. Bill refuses and thinks Ridge is scared Brooke will leave him and trade up to a Spencer. Thorne advises if Bill keeps this up, he’ll take his son away. Ridge brings up the judge and how bad Bill’s inappropriate behavior toward a married woman would look. Bill isn’t deterred and seethes, “You try to take my son from me and I’ll destroy you.” Ridge thinks Brooke pities Bill – he doesn’t have friends. “If you died today… no one would show up for the funeral,” Ridge replies then goes on to name all of the family members who wouldn’t care. Bill slugs Ridge, and Thorne tries to intervene and gets punched in the process. Ridge and Bill topple near the couch and come smashing down through the coffee table. The fighting continues with Ridge and Bill going straight through the patio doors. From inside, Thorne hears Bill scream as Ridge reenters the living room. Thorne rushes out to the balcony, looks over and sees Bill’s motionless body on the ground below.

In the office at Forrester, Brooke assures Katie that she made the right session by allowing Bill more time with Will. She feels as though she’s caught between Ridge and Bill. Katie’s confused as to why Brooke feels that way. Brooke admits Bill kissed her, twice, and Ridge knows. She maintains Bill initiated the kisses and confirms Ridge is outraged. His anger worries Brooke and she hopes Ridge and Bill stay away from each other. Katie thinks Brooke needs to steer clear of Bill too and isn’t impressed to hear that Bill tracked her down at Il Giardino. When Katie remarks that Thorne loses it when it comes to Bill as well, Brooke becomes very concerned… things could get physical. Katie tries to reassure Brooke that the guys wouldn’t resort to violence.

At the OB/GYN office, Liam and Hope joke about a gender reveal party and anticipate learning the sex of their baby. Dr. Phillips begins a sonogram and confirms the baby is healthy. Hope sheds tears of joy then Dr. Phillips announces they’re having a girl. After a few health instructions, Dr. Phillips leaves them alone. Liam and Hope stare at the sonogram photo of their daughter. They talk about raising a girl and embrace.

Bill’s life is at risk.

Things escalate between Quinn and Pam. 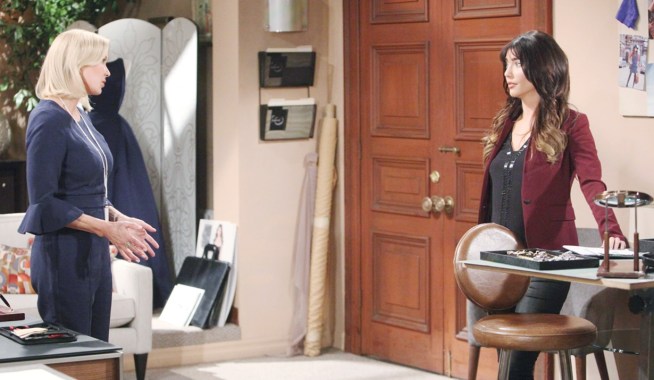 Brooke Warns Ridge That Bill's Situation Is All on Him 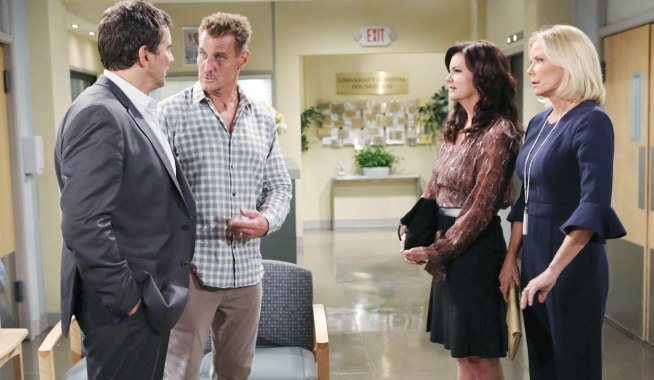