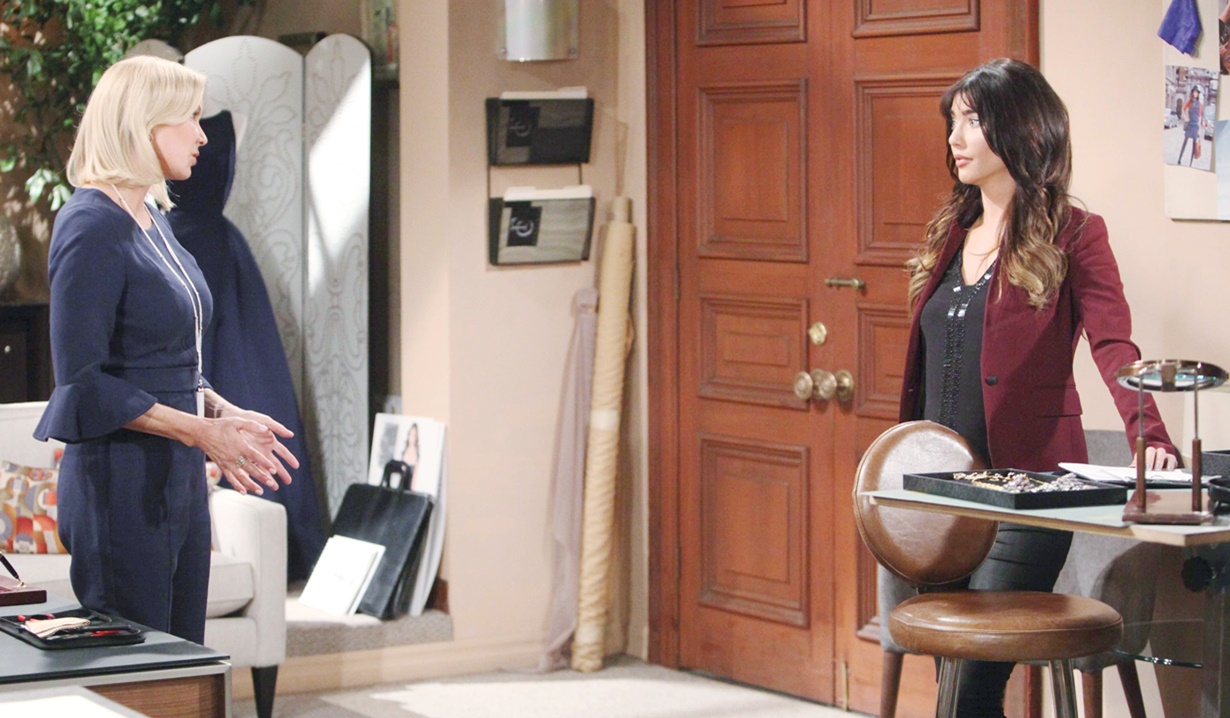 At Spencer Publications, Justin notices Bill is awfully chipper. Bill is pleased to be spending time with Will, and thinks Katie was pushed to pursue custody by Thorne. He vows Thorne will never have the final say on what happens in Will’s life. Bill’s not impressed he doesn’t have legal say in his son’s life, but believes that will come in time. He credits Brooke with getting Katie to change her mind. Bill thinks Brooke is a woman to be reckoned with, and he’s glad to have her on his side. Justin wonders if they’re getting close again, but notes the inconvenient fact that she’s married. Bill confirms Ridge pitched a fit upon hearing they were involved.

At Forrester Creations, Brooke’s concerned at Ridge getting so upset about Bill. They rehash the custody hearing and Bill pursuing her. Ridge can’t just sit on the sidelines while he does that. They bicker as Brooke thinks Bill is just happy about seeing Will, but Ridge maintains he wants her. In the studio, Hope, Liam, Steffy, and Thorne admire Pam’s ring and tease Charlie. Thorne congratulates them. Hope reveals she and Liam have a last-minute appointment with Dr. Phillips, and Steffy asks if everything is alright with the baby. They reveal they’re going to find out the sex of their child. Steffy recalls once they found out Kelly was a girl, it made it for real. She thinks it’s amazing her daughter will get a half-brother or sister. After, Brooke joins Steffy in the design office. Brooke assures her that what she saw with Bill wasn’t what she presumed. She explains he was just grateful…both times. Steffy muses he should have sent a greeting card. Brooke only loves her husband, who has forgiven her. She chastises Steffy for running to Ridge and causing trouble. Steffy knows how relentless Bill can be, and admits she could have done things differently. Brooke’s worried about Ridge’s animosity building up. Meanwhile, Pam enters the main office and shares her engagement news with Ridge, who hugs her. Thorne appears, and Ridge asks Pam to find out where Bill Spencer is right now. Thorne asks if something happened. Ridge warns something will happen if Bill doesn’t stay away from his wife. Thorne and Ridge vent about Bill’s actions. Ridge thinks it’s time to put a stop to him pursuing his wife. As Pam reports Bill went home, Thorne decides they should visit him together. At the OB/GYN office, Hope and Liam are excited and tell Dr. Phillips so when she enters. She confirms they no longer want to keep it a surprise before saying, “Let’s find out if you’re having a son or a daughter.” After, they waffle a bit, before deciding they’re ready to know.

More: Vote in a B&B poll on Pam’s request

At home, Bill flashes to being Brooke’s stallion. A knock comes…it’s Ridge and Thorne. Bill chortles and calls them ‘Needle’ and ‘Thread’. He’s in a good mood and invites them in. Thorne brings up Will and Bill says his son is not his business – he’s just the ‘manny’. Bill decides they should leave, but Ridge complains about him using Brooke, and accuses him of wanting her. Bill chuckles – are they going to rough him up? Thorne warns him to be respectful of Will and to stop pursuing Brooke. Bill asks, “Or what?” Ridge replies, “I’ll put a stop to it.” 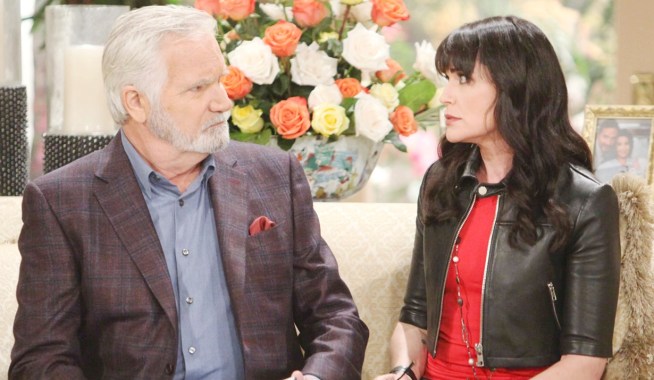 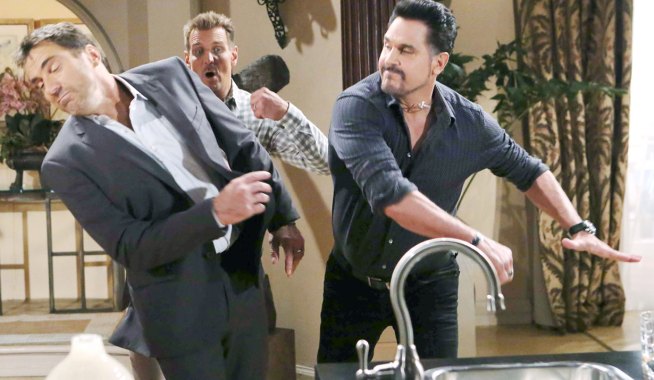