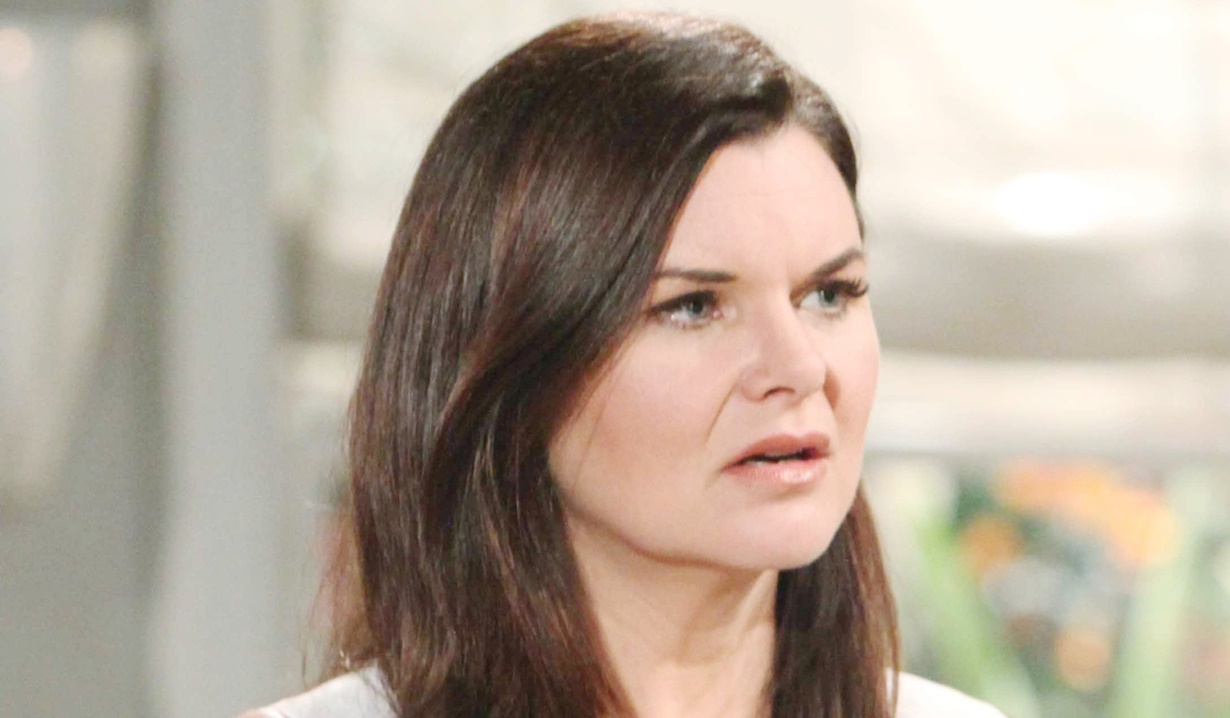 At Forrester Creations, Steffy opens the office door in time to see Bill kiss Brooke. Her jaw drops, and she steps back and closes the door. Meanwhile, Brooke chastises Bill for kissing her again – she’s married to Ridge. Bill’s apologetic but explains she’s been his lifeline. She understands where the kiss came from, but it can’t happen again. Brooke insists she’s in love with her husband, and urges him to focus on Will. Bill has been reminded of how good they were together – he was his best self with her by his side. Bill strolls out, and Steffy looks in at a flustered Brooke. Steffy joins her and notes Bill’s really lucky to have her support, and asks, “How is that affecting your marriage to my father?” She’s noticed tension between them. Brooke gets defensive – she sided with Will. Steffy wonders if Bill’s made a grand gesture to thank her. Brooke’s irked by all the questions about Bill and her marriage, and thanks Steffy for her concern.

In the Forrester Creations studio, Katie finds Ridge – she has something important to say to him. Katie thanks him for everything he did at the custody hearing – it meant a lot to Thorne too. Ridge muses that Thorne will be a great stepdad – everything that Bill isn’t. After, Ridge phones Judge McMullen to complain about him confessing to Brooke. McMullen warns Ridge to keep this quiet or he could lose everything. Ridge promises Brooke’s not going to tell anything, especially to Bill Spencer.

Ridge joins Steffy in the office and asks if she’s seen Brooke. Steffy lets him know she’ll always have his back before revealing she saw Brooke and Bill kissing.

In the design office, Katie tells Brooke about Will’s successful visit with Bill, but senses her sister is distracted. Brooke swears Katie to secrecy then advises she’s going to have to change the custody arrangement. Katie doesn’t understand why they’re revisiting this. Brooke reveals that Ridge is an old friend of Craig McMullen’s and he collected on a debt by persuading him to rule against Bill. Katie’s floored.

At Spencer Publications, Justin snaps that Bill’s doing it again – he’s all distracted. He guesses, “This is about Brooke.” Bill muses about Brooke still being in his corner – he should have tried harder to make her stay. Justin figures she still cares and ruminates about not always seeing what we have until it’s gone. Bill updates Justin on his great visit with Will, but complains that Katie thought it was still too soon to revisit the custody arrangement. Justin hopes maybe Brooke will bring Katie around. Bill flashes through all his romantic moments with Brooke and looks wistful.

Ridge Confronts Brooke About Her...