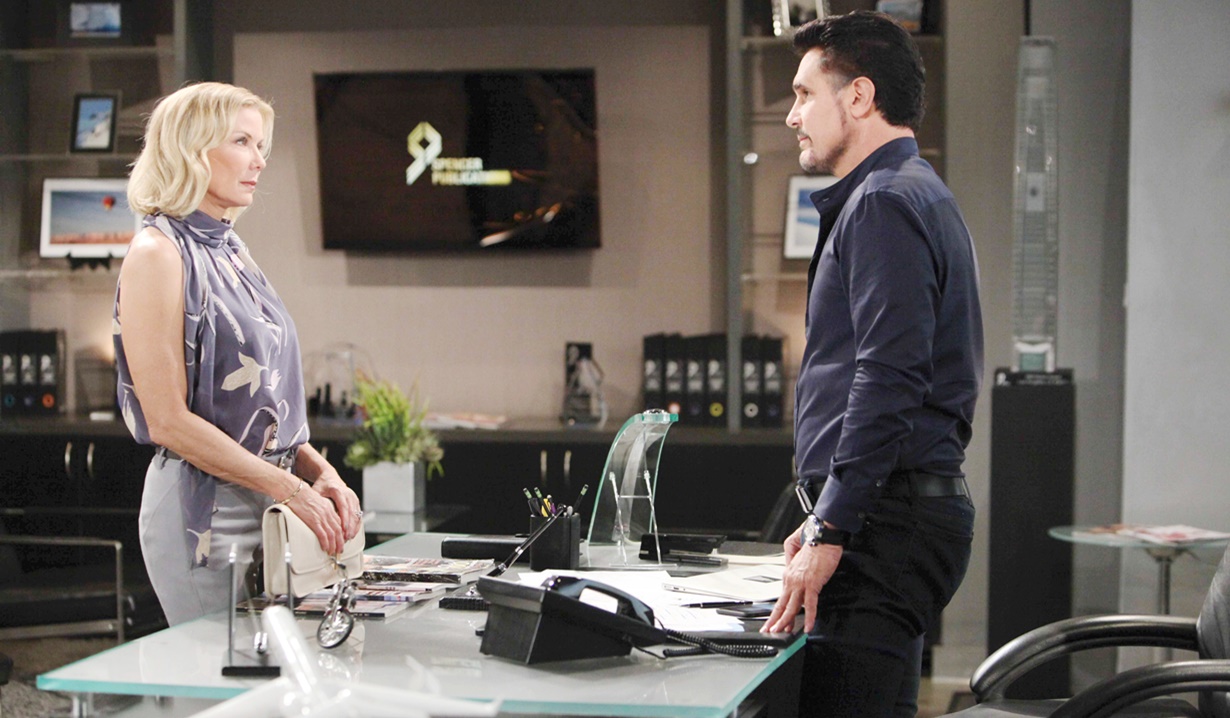 In the Forrester Creations studio, Steffy guesses that Ridge argued with Brooke. He admits it was about the custody hearing. Steffy can’t understand why – Ridge had nothing to do with it. Ridge wants Steffy to drop it, but she won’t. Steffy muses that she’s surprised Bill didn’t play one of his patented moves and buy off the judge. She reiterates Brooke has no reason to blame Ridge. He changes the subject to Kelly, but Steffy is still concerned about his marriage. Ridge wants her to stop worrying about him. They hug and she leaves for a meeting. Ridge flashes to his argument with Brooke, that ended with her saying the truth must come out.

At Forrester Creations office, Bill assumes the judge thought he was a lousy father, that’s why he ruled against him. Brooke protests and flashes to confronting Ridge about bribing the judge. She tells Bill there’s nothing he could have said or done that would have made a difference to the judge. Bill reflects on not playing dirty and losing a fair fight. Brooke believed the judge would rule fairly after hearing both sides, but it wasn’t fair at all. She admires how Bill handled himself with integrity. Bill tells her how much it means that she stood up for him, even though it put her between him and Forrester. Brooke assures him she’ll always be in his corner. Bill calls her his ‘biggest loss’ and reflects that after pursuing Steffy and alienating his boys, he’s now alone. Brooke’s glad he’s had some enlightenment from it all. Bill cites it as the reason he didn’t influence the judge. He’ll always love Katie for giving him Will, but Brooke’s the one who understands him, brings out the best in him, and who always tells him the truth. Bill talks about honesty and ends up musing that he has money and power, but doesn’t have what matters most – family. Brooke knows it’s how he really feels. In the corridor, Pam talks to Steffy about Bill being there earlier – she thinks the custody ruling has humbled him. In the office, Bill tells Brooke her support reinforced how special she is – he was an idiot to let her slip though his fingers. He adds, “It’s always been you, Brooke,” then kisses her passionately…as Steffy opens the door.

In the Forrester Creations design office, Wyatt sneaks up on Sally, who’s designing and embraces her from behind to nuzzle her neck. She pretends to think it’s one of her hunky models. Wyatt informs her she just got kissed by Forrester’s new social media manager. She enthuses about Steffy hiring him. Wyatt has to figure out how not to be distracted by her – he promised Steffy he’d behave himself. Sally kisses him; she can’t guarantee he’ll be able to resist her. She tells Wyatt to lock the door, and he does. They discuss him having to fill Bill in on his new position. Wyatt is skeptical he’ll be happy for him. Sally’s happy for herself – they start kissing. 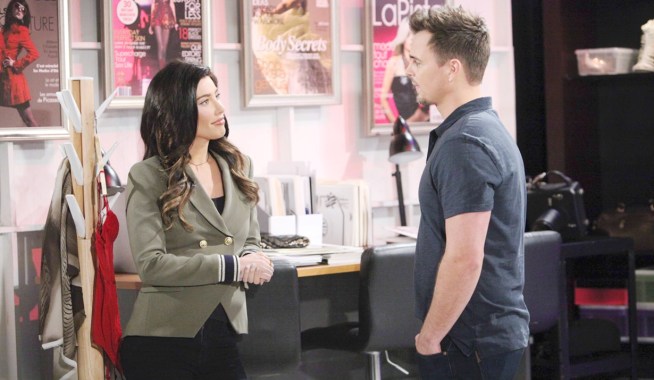 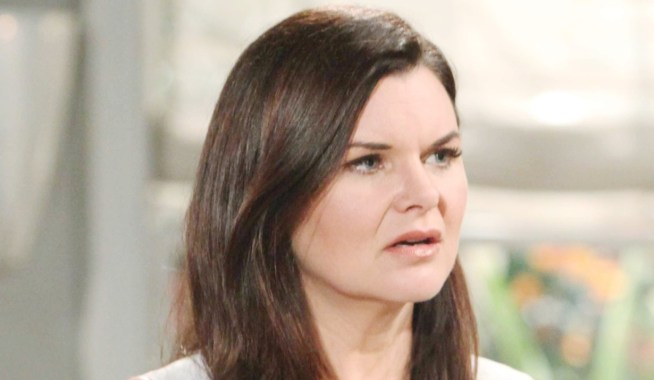