Friday October 5, 2018: Brooke does some sleuthing, Bill visits Wyatt and Sally, and Pam is startled to see Bill at Forrester Creations. 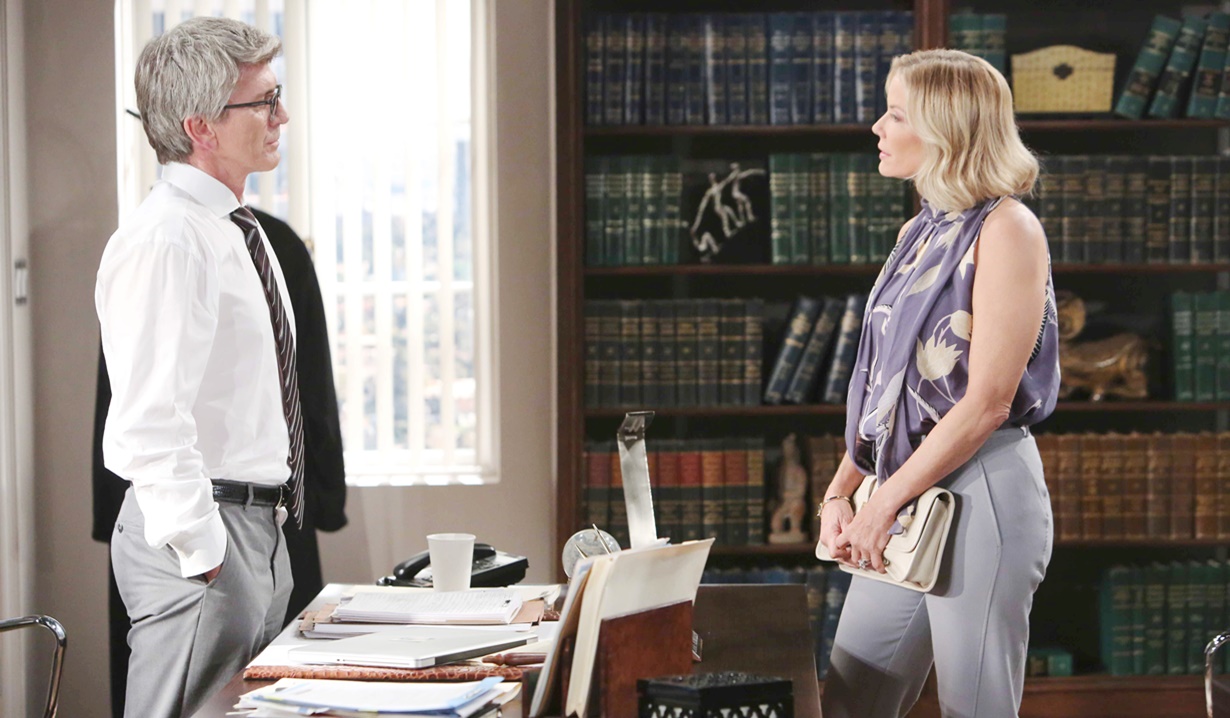 At home, Brooke enters the bedroom and learns Ridge went to see Liam earlier to talk about his ‘idiot’ father. They bicker about Bill until they decide they no longer want to argue and Ridge goes to shower. Once alone, Brooke gets the burner phone she heard Ridge talking on earlier and reads the texts to Judge McMullen about him being conflicted and puzzles, “He knew the judge?” Brooke copies the number and replaces the phone as Ridge emerges from the washroom. Brooke announces she has something to do.

Bill arrives at the beach house, where Wyatt hints he’s interrupting. Sally offers water…or whiskey. Bill thanks her for pretending she doesn’t hate him. Wyatt gets to pouring whiskey, while Sally and Bill decide they don’t actually hate each other like they used to. Talk turns to Bill’s situation. Sally elects to leave them alone, but tells Bill first that she sees how he cares about Will and wishes the judge had seen it too. Bill gets to wondering why he didn’t see it, then goes on a rant about Katie’s ‘insta-husband’ pushing Katie to go to court. Wyatt assures him that he and Liam wouldn’t allow Thorne to manipulate Will, and neither would Brooke. They muse about Brooke taking Bill’s side and how it’s affecting her marriage to Ridge. Bill predicts Ridge will push her away again and Brooke will see he’s a loser. Later, Wyatt thanks Sally for giving him time with Bill. Sally feels for Bill losing custody and can accept he’s a part of her life because of being with Wyatt. Pam is gobsmacked when Bill appears and laments her having no lemon bars. Bill enters Ridge’s office as she offers up the Bundt cake in the breakroom. Ridge dismisses her and Bill gives her a hug. Once alone with Ridge, Bill wants a conversation about Brooke. Ridge chews about Bill pitting her against her sister. Bill tells Ridge if he’s smart, he’ll side with Brooke and convince Katie to go back to the way things were. Ridge grunts that Will is now safe from Bill, and mocks him for losing – there’s nothing he can do about it.

Brooke arrives at Judge McMullen’s chambers and he mutters about his schedule. Brooke promises to be brief and has concerns about the reasoning behind his ruling. She questions if he came to his decision on his own – she thought it should have been shared custody based on the testimony. McMullen sniffs there’s a reason he’s a judge and she’s not. Brooke challenges him – his mind was made up before the hearing, and adds, “You were being told what to do, weren’t you?” McMullen denies her allegations. Brooke asks when he met Ridge and alludes to the favor he did him years ago. She reveals she knows Ridge was texting him and calls his cellphone to prove it. Brooke narrows her eyes and fumes, “You did this. You helped Ridge take Bill’s son from him.”

Bill spends time with Katie and Will. 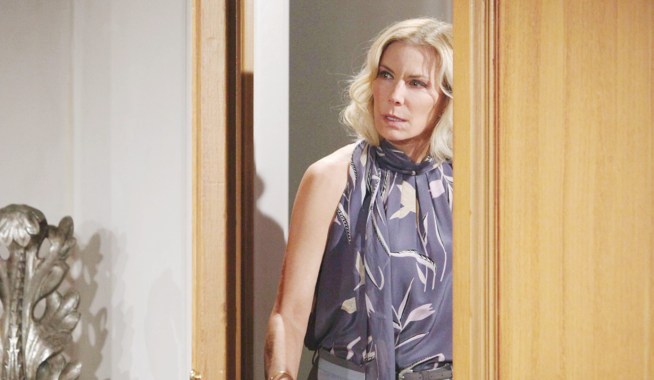 Ridge Warns Brooke to Keep Quiet About His Crime 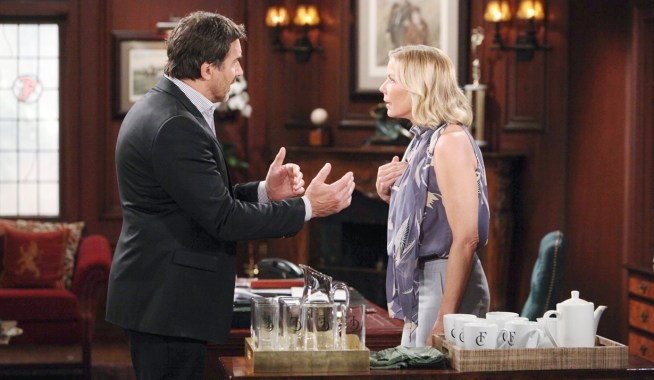