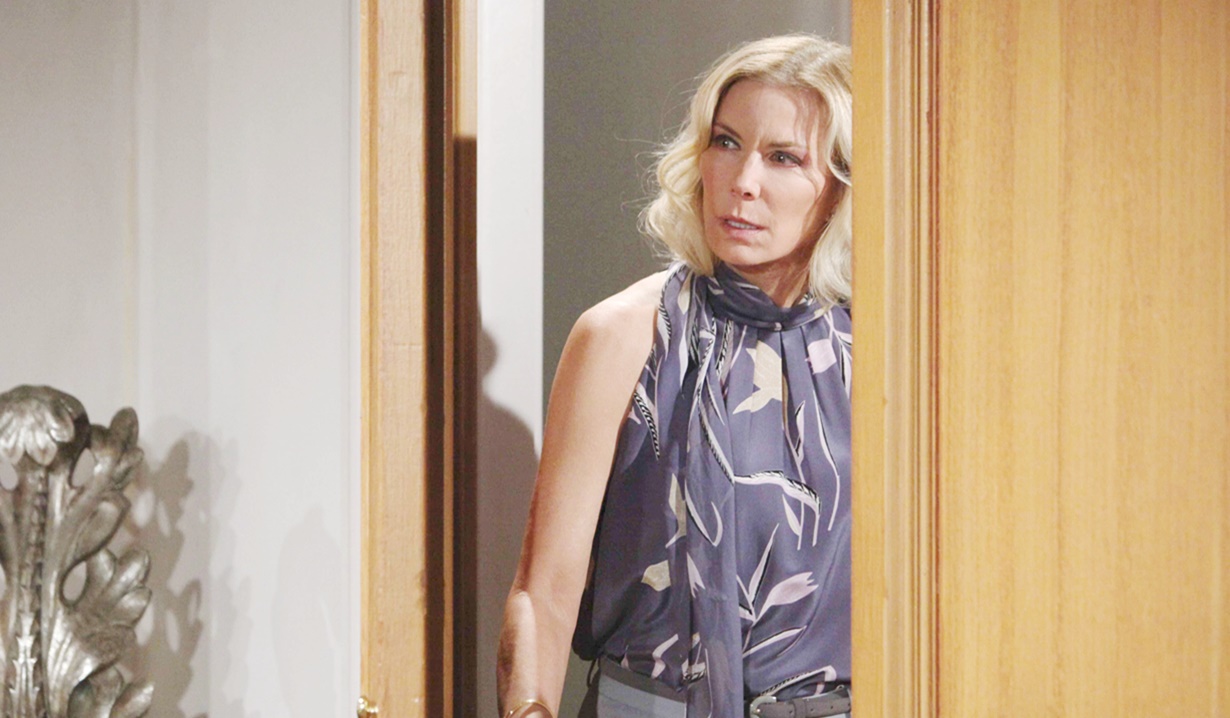 At home, Ridge bickers with Brooke about whether or not Bill deserves what happened to him. Ridge enthuses about getting to be there to see it happen and says, “What a sweet day.”

At Steffy’s house, Bill thanks Liam for allowing him to see Kelly. Liam knows his father’s not okay. Bill announces that’s his fault, and vows to make it a priority to repair his relationships with all his sons. After, Ridge stops by wanting to talk to Liam, who brings up how Bill’s being affected by the ruling. Ridge has no sympathy for Bill and growls that this is what’s best for Will. Liam relays that Bill was just there, to see his granddaughter. Ridge figures he was trying to play Liam, who explains he won’t be mad at Bill for putting energy into fixing things. Ridge rants about Bill pushing his little boy out of the way to chase his daughter, and admits he hates him. He feels sick about Bill holding Kelly and believes the judge did the right thing.

At the beach house, Wyatt canoodles with Sally, in her lingerie, and muses the designs couldn’t have looked better on the models than on her. Sally purrs that he’s getting a private and very exclusive showing. They kiss. Sally models the lingerie so as Wyatt gets the ‘full effect’. He assures her he’s getting the full effect and wants her to come closer – he can’t wait any longer. Sally joins him on the bed. He declares, “This is the showstopper right here,” as they kiss. After sex, Sally gives Wyatt credit for supporting her, while he points out she did this on her own merit. He thinks she should also be a model for the line, and she laughs. Wyatt thinks she’s incredible. She feels the same way about him.

At Forrester Creations, Xander tries to convince Emma that he and Zoe were just modeling – it wasn’t what it looked like. Emma snaps that she sees what’s going on, and if he wants Zoe, maybe he should just be with her. After, Zoe tells Xander that Emma should be cheering him on; she’s immature. In the design office, Emma greets her best friend Tiffany, (played by Maile Brady), and tells her she doesn’t want to go to lunch. She complains about Zoe. Tiffany thinks that’s rough, but worries about Emma. She thinks ‘it’s’ happening again. Emma rants that Zoe is trying to ruin things with her and Xander. Tiffany thinks she’s getting jealous again. Emma decides she’s right, and she needs to apologize. In the studio, Zoe warns Xander this relationship is too much for Emma, and he needs someone better suited to him. Xander asks, “Like you?” Zoe replies, “You said it, not me.” They get close. Later, Emma apologizes to Xander and seeks his forgiveness. Xander thinks his job is a problem for her, but she reassures him and promises the jealousy won’t happen again.

At Spencer Publications, Bill’s surprised to see Brooke stop in. She asks how he’s doing. He admits he’s not great…but better now that she’s there. Bill figures her husband is enjoying this and bets he would have done anything to ensure he lost custody of Will. They go over the custody hearing. Brooke still thinks it was a mistake. Bill can’t believe the judge ruled against him and wishes he’d gone to see him before the hearing. Brooke clucks that would be tampering with the judge. Bill rants that it’s unfair…it’s not right. Once alone, Bill flashes to kissing Brooke.

At home in the bedroom, Ridge calls up Judge McMullen and thanks him – it was the best decision for all involved, especially the little boy. He appreciates what he did. Brooke listens, unseen, from the doorway.

Bill Breaks Down While Visiting Liam...