Wednesday October 3, 2018: Emma lashes out after Zoe and Xander's sexy shoot, Sally celebrates Ridge's praise, and Katie and Thorne reassure Will about his father. 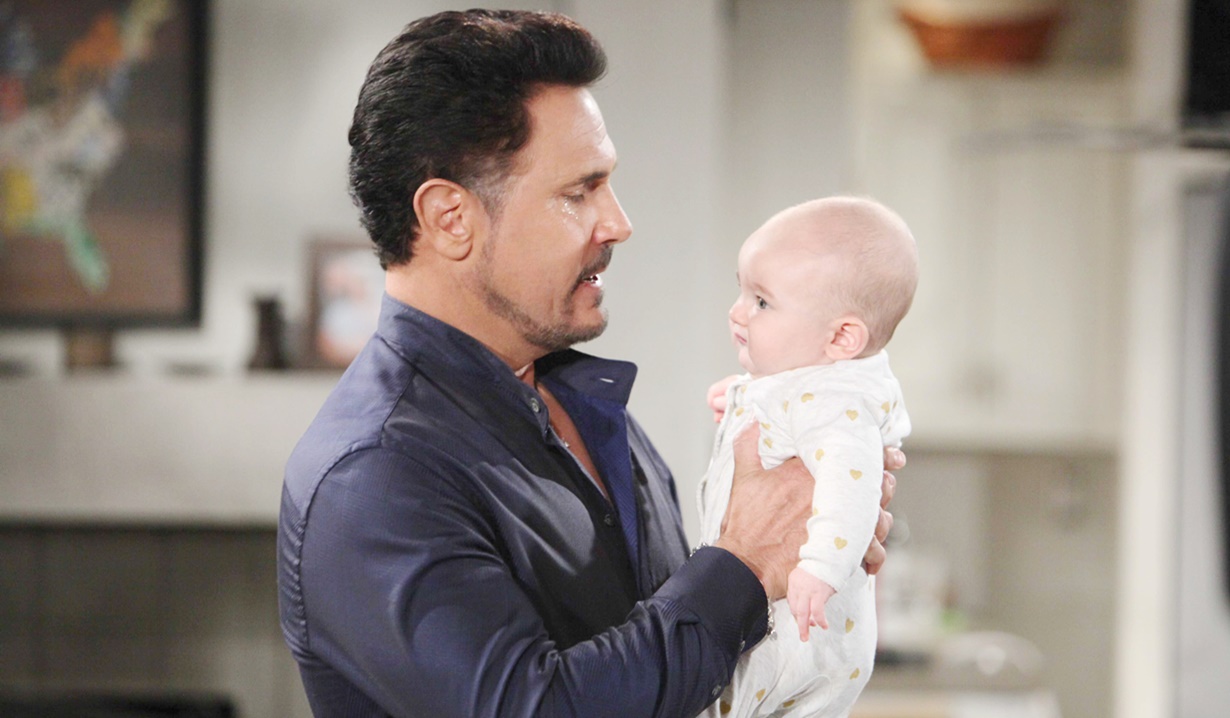 At Forrester Creations, a photo shoot is underway for the intimates line, with Sally nervously watching Ridge’s reactions to the designs. He tells her they’re great – naughty but classy, and worthy of the Forrester name. Sally smiles to herself. Xander stands by awaiting his turn as Zoe poses. He’s a little stiff in front of the camera, so Zoe gives him advice. It’s still not working, so Zoe joins him to pose and he loosens up. A disapproving Emma watches, unseen, from a doorway. When the shoot gets more intimate, Emma turns away. Ridge calls an end to the shoot, and compliments everyone. After, Xander and Zoe discuss him being uptight. Emma appears and complains Zoe was all over him. Xander explains she was helping…he froze. Emma sniffs that it didn’t look like it; she didn’t expect this from him. She recaps that he left London to get away from her, and is now modeling underwear with her…it’s wrong for so many reasons.

At Katie’s house, Will wonders why Thorne’s not at work. Thorne explains he and Will’s mom wanted to be there for him this morning…that’s how it will be from now on. They share a family embrace. They discuss the custody ruling. Katie explains they’re trying to give Will the best life and assures him his dad will always be a part of his life. Will worries about Bill getting busy again. Katie believes he’ll be the father Will needs from now on. After, Ridge arrives and crows that the judge made the right decision and Spencer will get what he deserves.

At Spencer Publications, Bill looks at the custody documents and flashes to telling Will he’s the best thing in his life.

Wyatt joins Liam at Steffy’s house, where he’s caring for Baby Kelly, (played by Gabriel Sporman), in the nanny’s absence. They wonder how Bill’s doing since the hearing. Liam takes a call from Bill and relays he and Wyatt were just thinking about him while watching Kelly. Bill admits he’s struggling and asks to come over and talk before disconnecting. Liam updates Wyatt. Soon, Bill arrives and reflects fondly on seeing his two adult sons. Wyatt gets summoned home by Sally and leaves. Bill thanks Liam for not crucifying him yesterday, and notes it doesn’t feel good to have lost custody of Will. Bill feels the only family member he hasn’t alienated is his granddaughter – he’d like to see her. Liam gets the baby, tells her this is her grandfather, and allows Bill to hold her. Bill marvels at her angelic face; the future of the Spencer family. He sees both her parents’ qualities in her eyes. Liam gets choked up watching the scene as Bill breaks down in tears talking to Kelly about how much he loves his sons. Bill goes on about Liam being a good man and father, and tells Liam he looks at him with admiration and respect.

At the beach house, Wyatt stammers as Sally appears in lingerie and announces they’re celebrating. She fills him in on Ridge’s praise. Wyatt know she’s good at what she does. Sally purrs, “Let me show you how good.”

Emma gets some advice.

Bill & Will Tearfully Embrace After...