Bill & Will Tearfully Embrace After the Judge’s Ruling 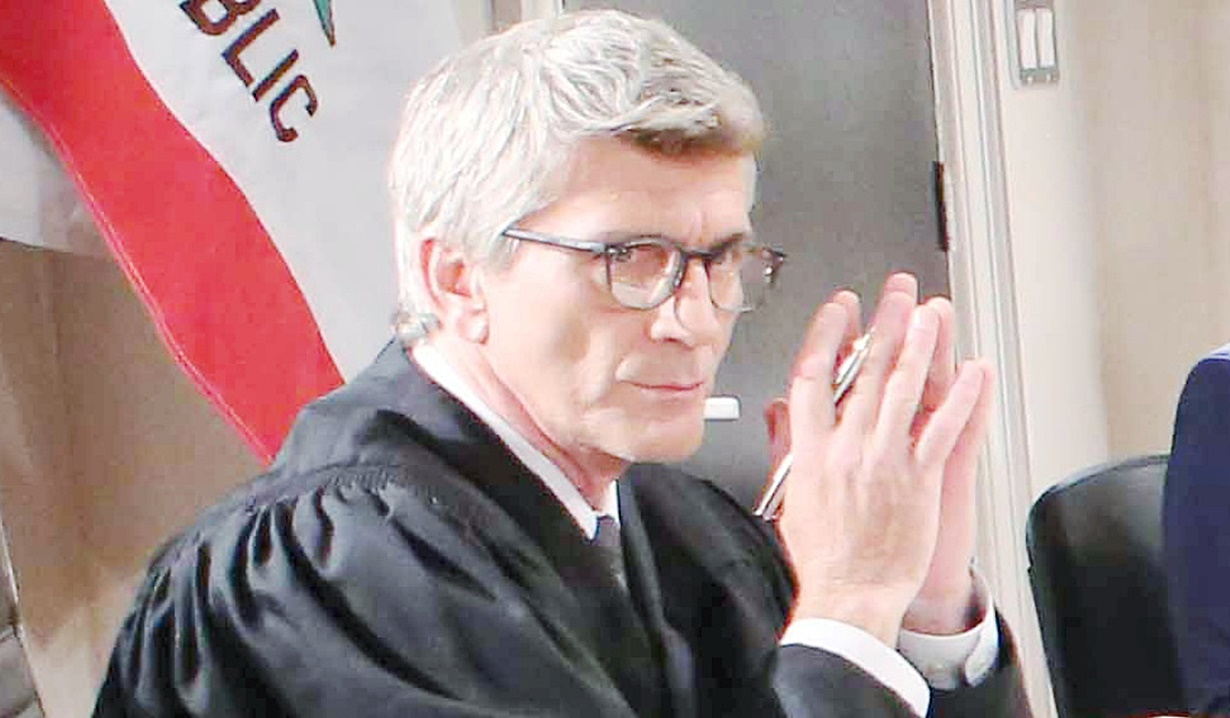 At Forrester Creations, Hope thinks it seems the custody hearing is taking a long time. Steffy thinks Katie took it too far going before a judge. Eric and Quinn arrive and weigh in. Eric’s touched that Ridge stepped up to support Thorne. Hope thinks it was a little surprising how invested he’s become. Steffy doesn’t think so given that they’re up against Bill. Quinn doubts there’s any way Bill will get custody, though Eric feels he’s not above making a threat of some kind. Hope somehow still feels bad for Bill, even though it’s a no-brainer that Will should be with Katie and Thorne. Quinn runs down Bill, while Eric decides to call Ridge.

In the courtroom, Katie tells Judge McMullen that she and Bill have always been united in their mutual love for their son…she didn’t do this to hurt or punish Bill. The judge feels Bill definitely loves Will, who loves his father in return, however Bill abandoned Will to pursue the wife of another son. He believes Bill regrets his actions, but he could become distracted from his son again, therefore he rules in favor of the plaintiff and full custody goes to Katie. He invites Bill to revisit his ruling at a future date if he has reason. Bill sits silently as Carter congratulates Katie, and Ridge urges her to smile – she just won. He then looks pointedly at McMullen. After, Ridge takes a call from Eric and the others at Forrester and relays that Katie got full custody. In the corridor, Liam, Wyatt, and Brooke feel bad for Bill, though Liam points out his love is toxic. Brooke doesn’t think Bill deserved to lose custody – her sister never should have filed this case. In the courtroom, Thorne reassures Katie; they’re a family now. Bill steps up to say he’ll always be Will’s father. Thorne promises there will always be a place for him in Will’s life. Katie talks to Bill alone and apologizes – she hopes he’ll prove he deserves a more prominent role in Will’s life. Bill plans to reassure his son of his love every day. He wants to be there when Will’s told of the ruling. Katie’s reluctant, but will allow Bill to come over after she breaks the news. Bill joins Wyatt and Liam outside and thanks them for trying to be fair. Liam urges him not to blow his second chance. After, Bill discusses the situation with Justin, who assures them they can repetition in six months. Ridge appears and interjects that talking to the judge again won’t make a difference – he’s sure of it.

At Forrester Creations, Steffy and Hope continue to debate with Eric and Quinn about whether Bill will make things up to his son. Eric thinks it was the best possible outcome, but Quinn and Steffy can’t imagine losing custody of their child. Liam and Wyatt join them and they talk about helping Bill be on his best behavior. Wyatt’s surprised Liam would be willing to help with that.

At Katie’s place, she and Thorne tell Will about the ruling as Brooke looks on. Bill arrives and assures Will that nothing will change, before clarifying that he’ll actually love him more every day – he’s proud of Will and sorry to have disappointed him. Will and Bill embrace as he tells the boy he’s the best thing in his life, and Brooke and Katie tear up.

At the court, Ridge tells McMullen he did the right thing and his debt to him is paid; no one will ever find out.

Katie's Alcoholism Comes up in Court

Bill Breaks Down While Visiting Liam...