Katie’s Alcoholism Comes up in Court

Monday October 1, 2018: Wyatt and Brooke take the stand, Steffy shares her thoughts with Hope, and the judge prepares to issue his ruling in the custody suit. 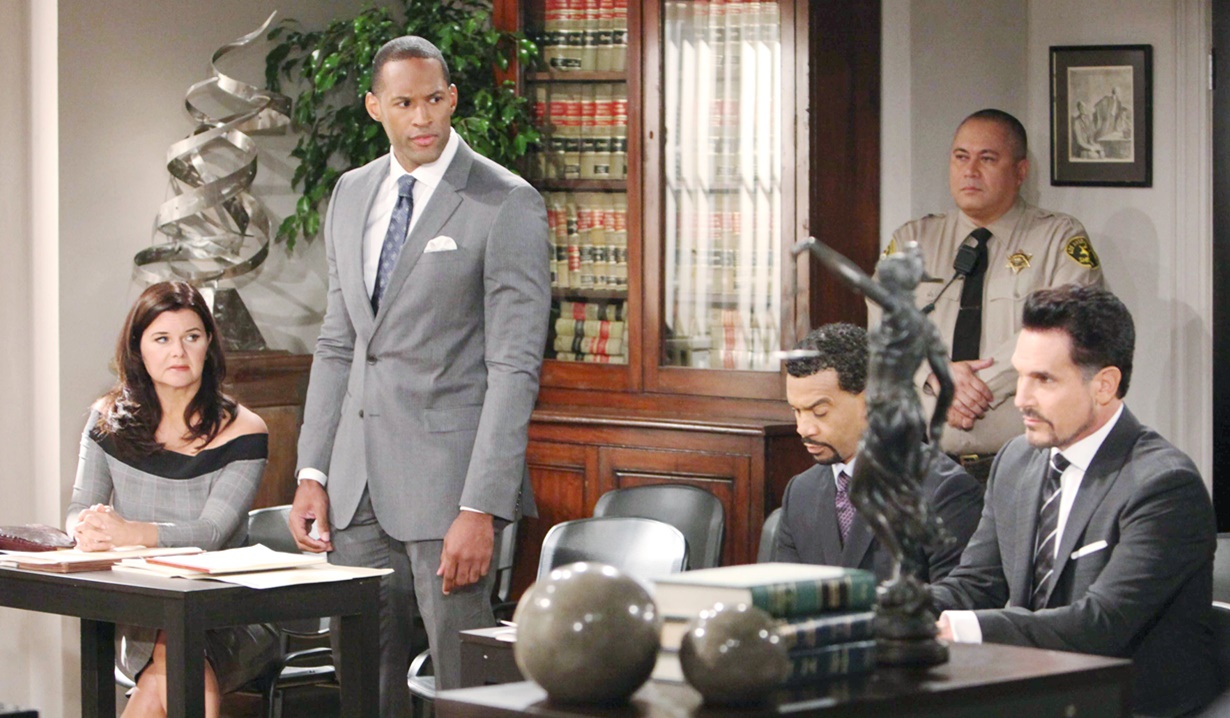 In the courtroom, Carter confirms he’s called his last witness. Justin confers with Bill, while outside, Wyatt tells Brooke a part of him feels he should just go. Brooke reminds him he’s required to be there as he’s called in to the stand. Justin questions Wyatt about Bill’s character, then his relationship with Katie. Wyatt testifies that Will never knew they were involved. Justin notes Bill held Wyatt to a high standard. Wyatt recalls that Bill was shot earlier this year and was unable to spend time with ‘certain people’ for a few months. Carter takes over the questioning and brings up Quinn keeping Wyatt away from Bill, before making him admit Bill bribed him with a Ferrari to keep Liam and Steffy apart. Wyatt asks if Carter’s ever chased after a woman who is inappropriate for him? He has; we all do stupid things. Wyatt insists Bill is his best around Will and is building a legacy for him – to say he’s not his son anymore isn’t right. Next, Brooke testifies, and Justin has her talk about the time when Katie disappeared and she was a surrogate mother to Will. Brooke concedes Katie had postpartum depression and later developed a drinking problem. Carter takes over and has Brooke admit that Katie’s alcohol issues were brief and brought on by Bill pursuing her. Brooke states that Bill’s a good father to Will and wanting to correct his mistakes ought to be enough.

More: B&B blog on Bill’s one-liners and the custody drama At Forrester Creations, Steffy mentions to Hope that everyone’s still at the custody hearing. They discuss the matter while sorting through photographs. Steffy doesn’t think it will make much difference if Katie gets sole custody. Hope muses that her mother doesn’t think Bill should lose custody. Steffy feels if that happens, Bill won’t give up and will somehow get it overturned.

At the courthouse, Bill takes the stand, and explains his absences weren’t as protracted as the calendar makes it sound. He comes clean about his ‘obsession’ – he figured Katie would cut him some slack as he did when she had issues and he was the single parent. He complains about the Forresters wanting to cut him out of his son’s life; there’s no way Katie wasn’t pushed into this. She knows he wants to be a better father. Carter stands and is interrupted by Bill, who declares he’ll do his job for him by admitting he blew up a building with Liam in it. Bill warns Carter not to try to hold up Thorne and Katie’s quickie marriage as domestic stability – he can return with a bride within an hour. Bill vows never to stop fighting before giving a speech about what being a father means to him. Katie speaks about loving a man like Bill Spencer, and has nice things to say, but notes that you can’t be a father sight unseen. After she’s finished, the judge announces he doesn’t need any time – he’s prepared to make his ruling now.

Bill and Katie make a decision. 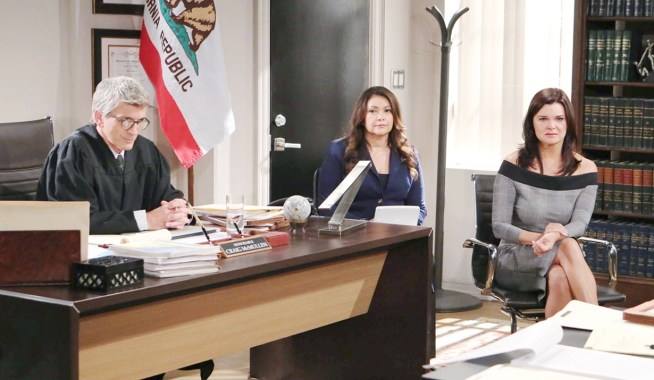 Justin Suggests Katie's Being Used by the Forrester Brothers

Bill & Will Tearfully Embrace After the Judge's Ruling 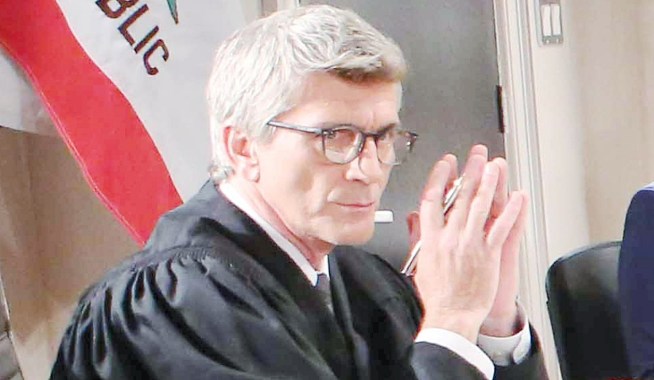