Justin Suggests Katie’s Being Used by the Forrester Brothers 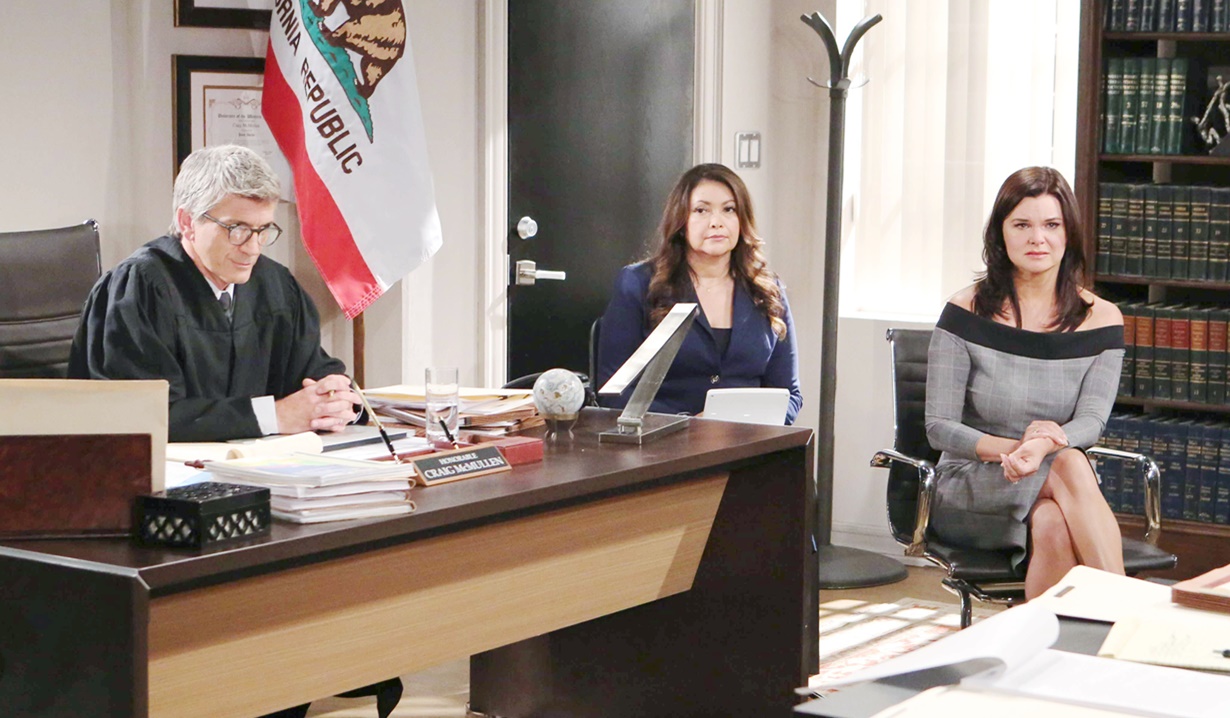 (This episode was originally scheduled to air Thursday) Katie and Thorne arrive at the court, where Carter, Justin, and Bill join them. Carter shows Katie the revised witness list and she learns Bill subpoenaed Brooke. Ridge arrives along with other family members, and begins to confront Bill about pitting his wife against he sister, but Judge McMullen enters and begins the proceedings. Carter hands over Katie and Thorne’s new marriage license as Justin snarks about it. The judge clarifies the reason for the hearing, and those testifying are asked to leave the room until it’s their turn. Carter makes his opening statement and cites Bill’s failure to honor the terms of the custody agreement and his erratic behavior as a father as the reason for petitioning. Justin acknowledges Bill failed to honor his commitments but is prepared to right the wrong and questions taking away his parental rights.

Outside the courtroom, Ridge sneers at Wyatt and Liam, assuming they’re being loyal to their father. Liam notes they’re not supposed to discuss the case, so Ridge sets his sights on Wyatt, questioning if he has no loyalty to Katie. Inside, Thorne tells the judge he formed a relationship with Will and his father wasn’t around. Justin points out Thorne and Katie’s quick marriage – they probably thought it was a winning strategy. He tries to draw a parallel between Ally losing her mother and Will losing his father, but Thorne points out Bill’s sitting right there. Judge McMullen flashes to Ridge asking him to grant custody to the mother as Ridge is shown in to testify. He’s sworn in, and paints a picture of Bill as a bad father before accusing Bill and Justin of dumping him out of a helicopter. Justin has it struck from the record. Ridge goes on to say Bill is unstable while Thorne will be an incredible stepdad – if the judge makes the right choice.

Liam enters the court next and testifies as to the ups and downs in his relationship with Bill, noting they’re currently not speaking. Carter asks if he’s ever struck him. Bill protests, and Liam admits he did. Carter gets Liam to say his father slept with his wife, but Liam then tells the judge that Bill loves Will and it’s worth asking what good the two of them could do for each other. Outside, Wyatt senses Bill’s going to lose. Brooke doesn’t understand how a woman can keep a father and son apart and points out Wyatt didn’t thank Quinn for doing it. Inside, Katie shows Judge McMullen the calendar illustrating Bill’s missed visitation. She informs the judge this was a last resort, and she and Thorne can give Will a stable home. Carter wonders what if Bill doesn’t show for his visits? Katie muses she’ll have some kind of recourse. Carter brings up Bill wanting Katie to abort their child. She explains the pregnancy could have killed her and Bill was truly supportive. Justin gets Katie to admit she doesn’t want to be there, then suggests she’s being used by the Forrester brothers. Katie clarifies she has a responsibility to her son. She wants Will to grow into a man who trusts and feels he deserves love. Katie tells the judge she’s there to protect the well-being of her son; it’s being threatened, and she’s fighting to do something about it…if he lets her. 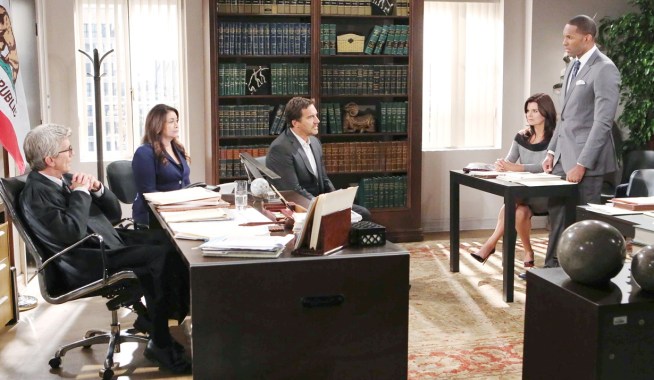 The Bold and the Beautiful Pre-empted for National News Coverage

Katie's Alcoholism Comes up in Court 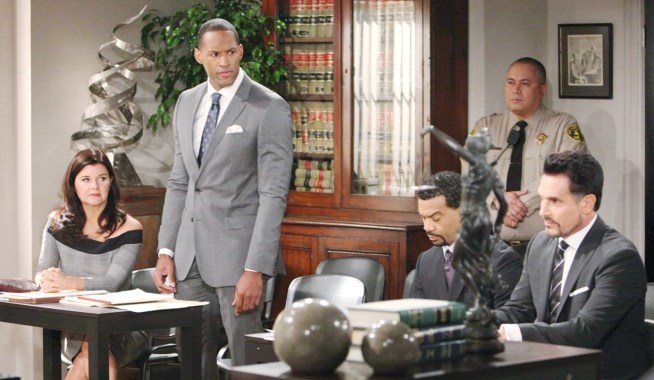