Hope Thinks Steffy’s Out to Get Her 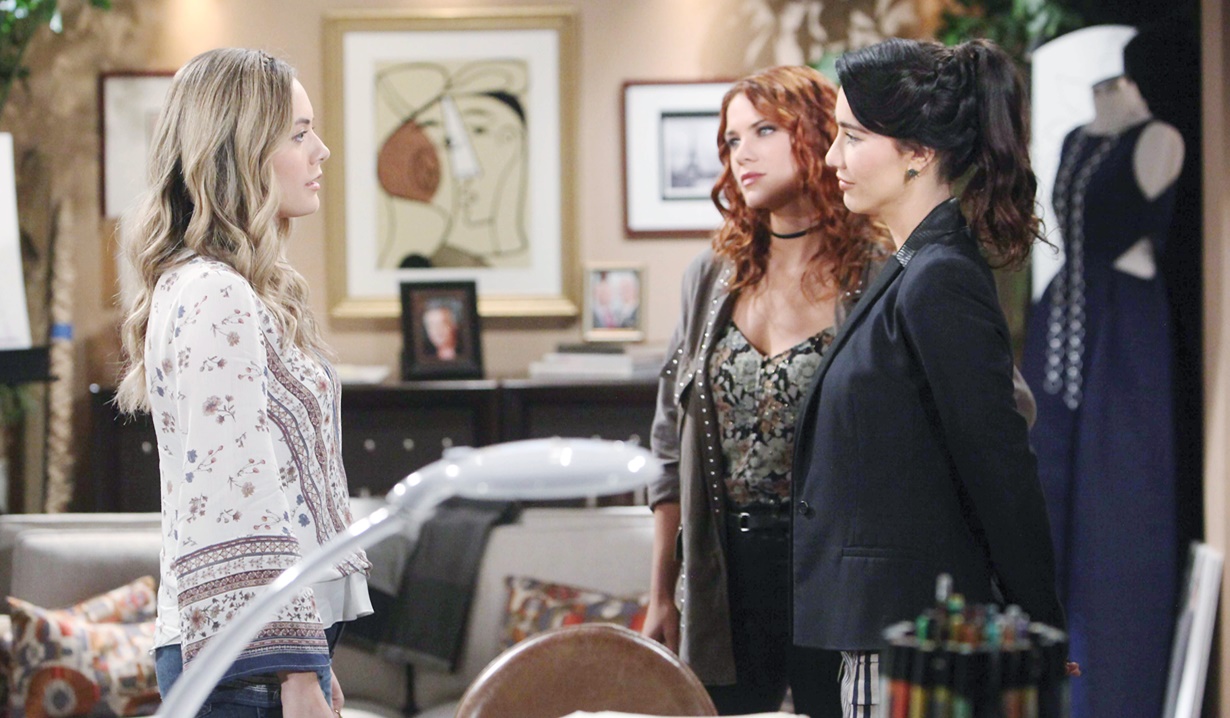 At Spencer Publications, Justin decries Thorne and Katie’s ‘low’ move of telling Bill about their engagement in front of Will. He worries if they get hitched, the judge may consider the stable family home as a factor. Bill rants that maybe he should find a bride quick…or marry Justin. He won’t allow Thorne to have him jumping through hoops. Justin asks what he’ll do. Bill says he’ll do whatever it takes.

At Forrester Creations, Katie and Thorne show off her engagement ring to Brooke, Charlie, Pam, Eric, Quinn, and Ridge, who embraces his brother and chortles that he’ll make a great father for Will. Katie says Bill was furious. Talk turns to the custody case. Katie reveals that Bill’s attorneys haven’t responded. Ridge suspects he’s got something up his sleeve and intones, “If he wants to fight dirty, we’ll fight dirty.” Brooke demands to know what exactly he has in mind. Thorne feels they have a strong case. Ridge warns they can’t let the court settle this and walks out. In the studio, Steffy and Sally tell Danny about Xander and Sally joining the intimates line. Hope appears, and asks about Sally. Steffy confirms Sally will now be devoting her time to the intimates line. Hope pulls Steffy aside to complain that she wasn’t been consulted. After, Zoe joins Danny and Xander and hears his good news. She strokes Xander’s neck and purrs that she admires his assets…as she always has. Xander warns they’ll keep things professional, but grins when Zoe tells him he’ll be a natural, they’ll be great together, and kisses him. Up in the design office, Hope has issues with Sally designing for the company. Sally reminds her of her credentials and Steffy thinks she has proven herself and deserves a second chance. Steffy sends Sally out with a warning not to repeat this conversation. Sally assures them she’ll be an asset, and exits. Steffy turns to Hope and invites, “Give me your best shot.” Hope complains about Steffy not coming to her first. Steffy argues in a perfect world they could sit down and discuss their needs, but they’re relationship’s difficult. Hope rehashes Ridge choosing Steffy’s line over hers. Steffy notes life’s not fair; now she’s learning. Hope thinks she’s out to get her…and they both know why. In the boardroom, Brooke tells Katie she’s happy for her and Thorne, but not this custody battle. They argue about how damaging it will be.

More: Find out when Bridget returns to B&B

Ridge arrives in Bill’s office. Bill mocks that his sewing machine must be broken. Ridge needles that he’s looking at Bill falling apart in a situation beyond his control. Bill says no situation is beyond his control and he’s boring him to tears. Ridge isn’t buying it; Bill’s about to lose his son. Ridge brings up Steffy and Bill chuckles at Ridge trying to provoke him to strengthen Katie’s case. Ridge tells Bill that Thorne will show Will what being a man’s all about. Bill sneers that Thorne’s a zero. Ridge taunts that the judge will rule in Katie’s favor. Bill warns he’ll fight to the death to protect his son from him, and his silver-spoon fed brother. He hints he has a surprise in store for them, and there’s nothing Ridge can do to stop it.

Liam and Wyatt discuss their father. 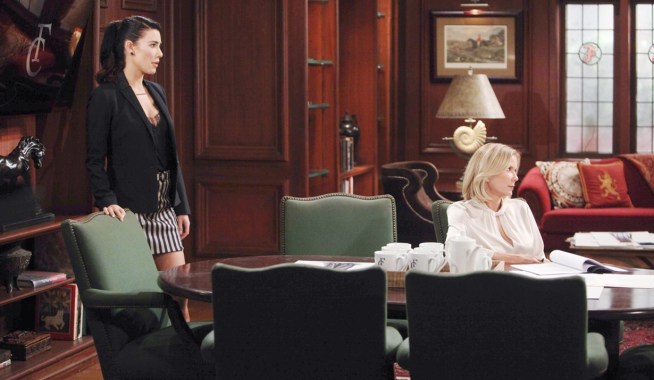 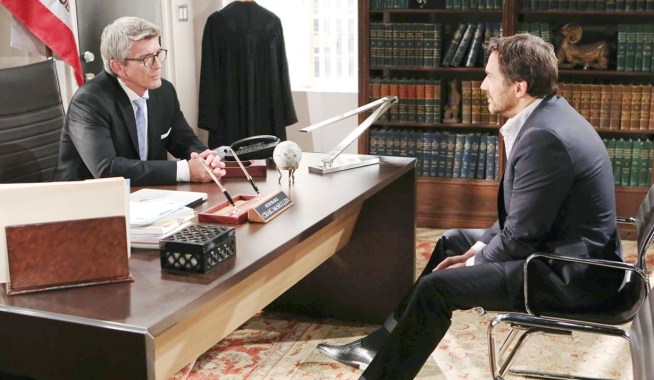