Tuesday September 18, 2018: Bill learns of Katie's engagement, Ridge is appalled at Steffy and Brooke, and Xander is amazed by his luck. 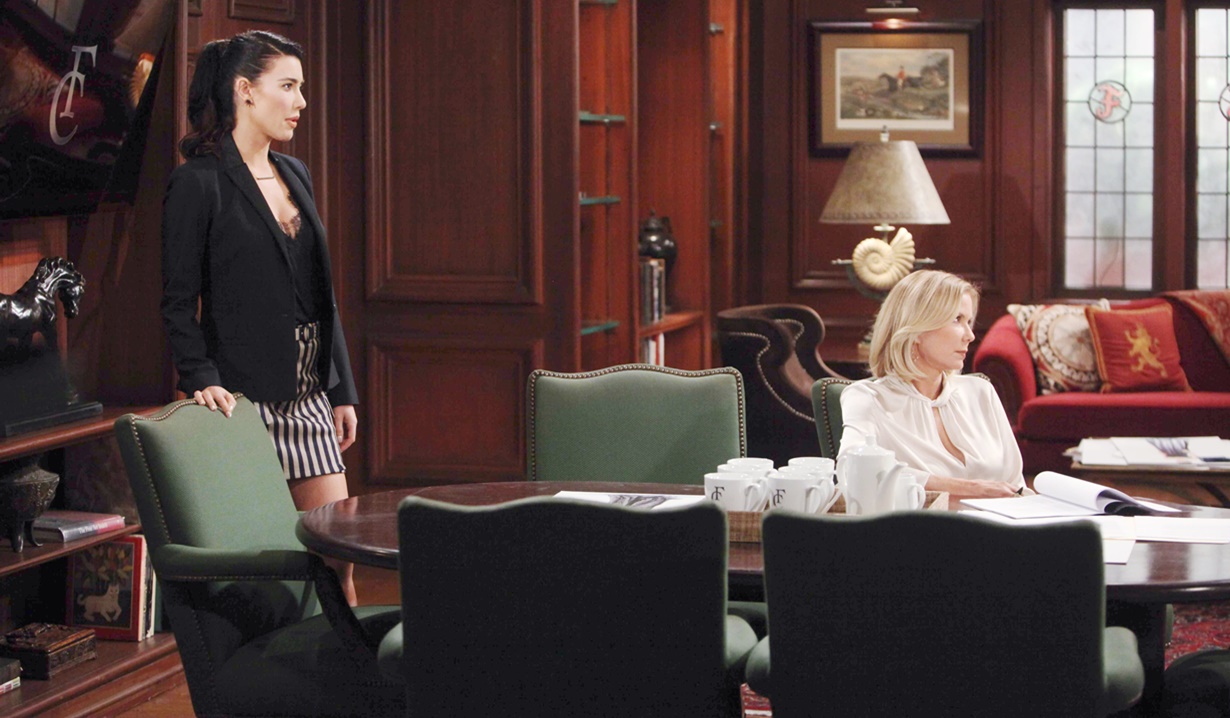 At Spencer Publications, Bill informs Justin he’s going to Katie’s to see Will. Justin’s upset he didn’t ask for permission and urges him to be friendly. Bill will change his name to Friendly Bill Spencer but will still see his son when he pleases. Justin thinks the best-case scenario is Brooke convincing Katie to drop the custody suit. He warns if things progress with Thorne, an argument could be made that they can provide a stable family environment. Bill hollers that Thorne won’t be having a say in his son’s life.

At home, Katie tells Will that she loves Thorne and explains he asked her to marry him. Will asks, “What about Dad?” and is concerned he’ll be mad. Katie reassures him. Thorne arrives. They promise Will his relationship with his dad won’t be affected and assure him he will live with them, not Bill, after they’re married. Bill arrives. He’s informed of the engagement, and Will pipes up that he likes the idea. Will goes upstairs, and Bill fumes that he knows exactly what Thorne’s doing – he wants an ‘insta-family’ -with his son. Bill vows no one will take Will away from him, and feels Thorne is taking advantage of an emotionally vulnerable woman. Katie and Bill debate the custody suit. Katie urges him not to fight this – she and Thorne can give him stability. Bill will not let Thorne step in with his son – he loves that boy and will fight with everything he’s got and use every resource at his disposal to keep them from stealing his son.

More: Jennifer Gareis back to B&B

At Forrester Creations, Brooke and Ridge discuss Katie and Thorne’s engagement with Pam and Charlie. Charlie thinks it happened fast, but Pam enthuses about Will getting a new daddy. Talk turns to the custody suit, and Pam and Charlie exit. Ridge asks Brooke if they can sort out their difference of opinion. Ridge booms that she can’t side with Bill. Brooke argues she’s siding with Will and complains about him enthusiastically agreeing to testify for Katie. Elsewhere, Steffy stops Sally to tell her she has talent. They inadvertently walk in on Xander in the design office, who is changing. He’s apologetic, but Steffy gets an idea – she thinks he’d be a great addition to model for the intimates line. Xander’s flummoxed and Sally prompts him to say yes. When asked, he assures Steffy that his history with Zoe won’t be a problem. Steffy then tells Sally she’s got a great eye and she wants her on the team…as a designer. Sally takes the advice she gave Xander and says, “Yes.” Steffy leaves Xander and Sally marveling at the unexpected turn of events. In the boardroom, Steffy finds Brooke and Ridge arguing heatedly about the custody battle. Ridge crows that Katie’s case is stronger now that Thorne proposed. Brooke doesn’t think custody should be taken from Bill and won’t change her mind. They bicker until Steffy pipes up that she doesn’t think Bill should be separated from his son. Ridge hollers that Bill’s sick, but Steffy points out he’s not objective. Ridge rehashes how Bill destroyed her life and announces Will shouldn’t be near Bill ever again. He’ll tell it to any judge who asks him, and shames the women for not supporting Katie and Thorne. 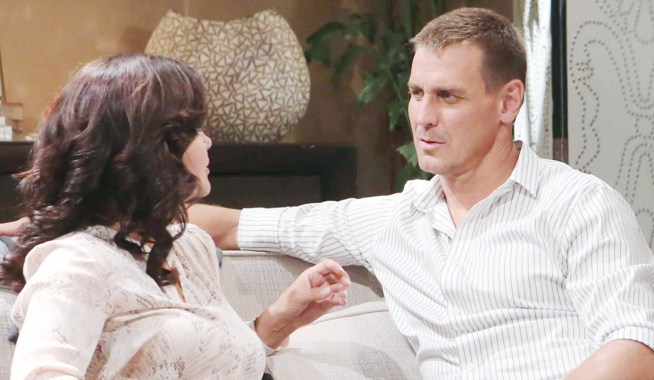 Hope Thinks Steffy's Out to Get Her 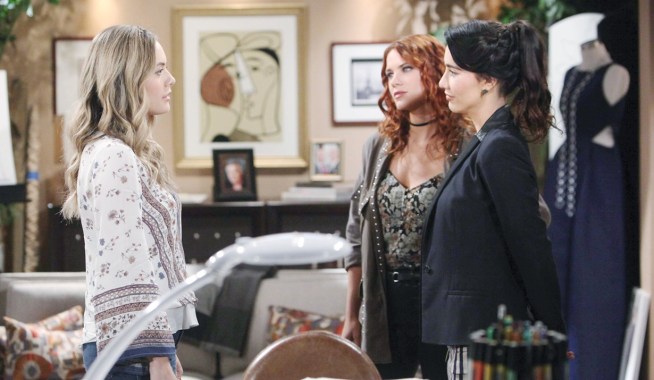