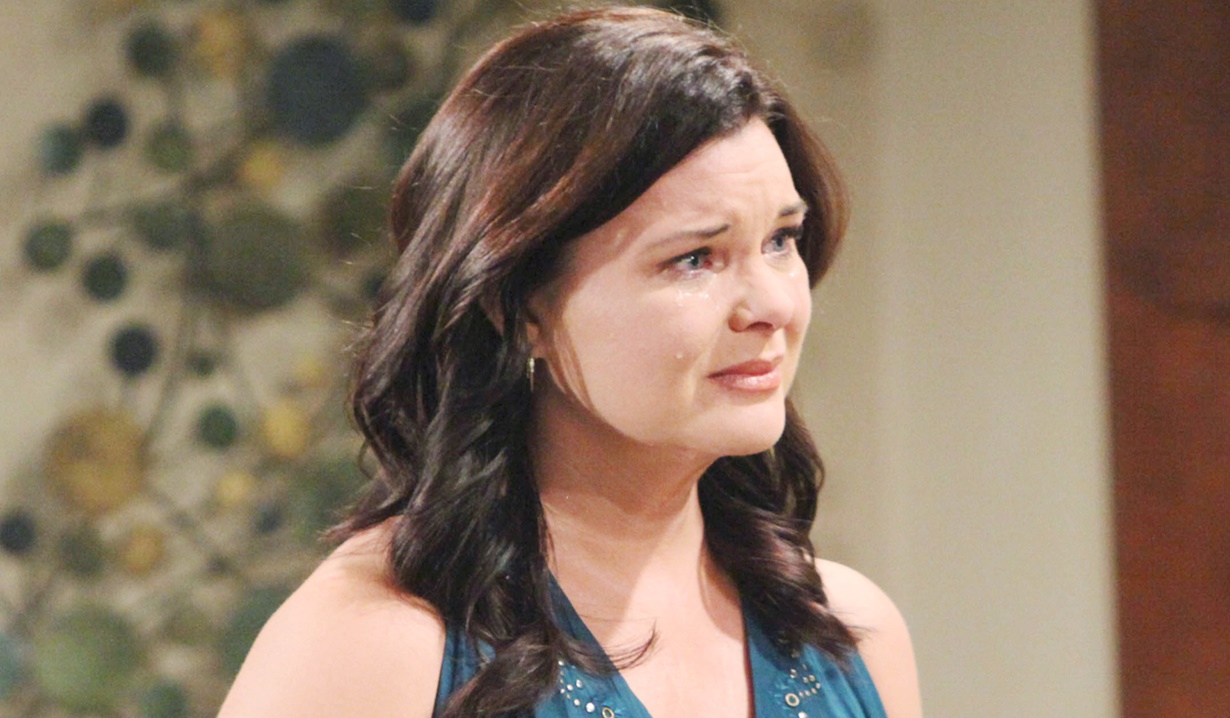 At Forrester Creations, Quinn assures Ridge he made the right decision to fund the intimates line. Ridge promises he’s not second-guessing himself, but hints at tension with Brooke. Quinn learns Katie’s working from home and talk turns to the custody suit…they both support her since Bill’s toxic. Quinn relays that if Katie wants her to testify, she will. Ridge complains about Bill and shares his irritation that Brooke always seems to find a way to defend him.

choosing Steffy’s line must have caused tension between them. Brooke curtly asks why he wanted to meet. Bill states his case for repairing his building his relationship with Will. He knows he’s putting Brooke in the middle of a complicated situation, but Katie listens to her. He pleads with her to approach her sister on his behalf…today.

At Spencer Publications, Justin questions why Bill hasn’t struck first, and he updates him that he just came from a meeting with Brooke. Justin worries whether she’ll come through for him. Bill hopes she will, for Will’s sake. He adds that Brooke realizes he can be the kind of father Will needs. He hopes she can convince Katie of it.

At Katie’s place, Carter and Thorne assure her she’s doing what’s best for Will. They discuss the details…Bill would only be able to see Will at Katie’s discretion; she’ll have full control. Will appears and asks what’s going on. They send him upstairs. Brooke arrives as Carter’s leaving – she wants to talk to Katie alone. Once the men have gone, Brooke notes Katie and Thorne have gotten closer.

She approves, but is concerned about the decision to file for sole custody of Will. Katie insists she’s done soul-searching, but Brooke counters that Bill loves his son. She wonders how Katie could even consider keeping him from his son. Katie argues that she wants Bill to see his son, but he completely neglected Will – she has to protect him from that. Brooke knows Bill’s made mistakes, but as parents they all have. She warns Katie about going to war with Bill, and dragging her son right into it. Brooke urges her to drop the custody suit.

In the Bikini cabana, Zoe tells Xander that Emma’s

just a naïve girl who doesn’t know what he needs, but she does. She reminds him how hot they were together…and still are…and encourages him to let himself go. They kiss passionately until Xander pulls away. He believes they’re playing with fire and states that Emma’s important to him. Zoe reminds him she was once important to him too – she loves him. She assures him she’s willing to wait until he realizes Emma can’t give him what he wants, and she can.

At Forrester Creations, two models flirt with Xander until Emma appears. Once alone, she assures him his surprise meant a lot to her; she just wants to take things slowly. Xander hugs her and thinks about Zoe. In the boardroom, Thorne joins Quinn and Ridge to discuss the custody case. They trash Bill some more. Ridge feels Bill’s going to learn his lesson. Quinn exits, and Thorne appreciates Ridge’s support. Ridge thinks Will will be better off without Bill in his life.