Tuesday September 4, 2018: Justin urges Bill to reason with Katie, Brooke and Ridge are proud of their daughters, and Bill spars verbally with Thorne. 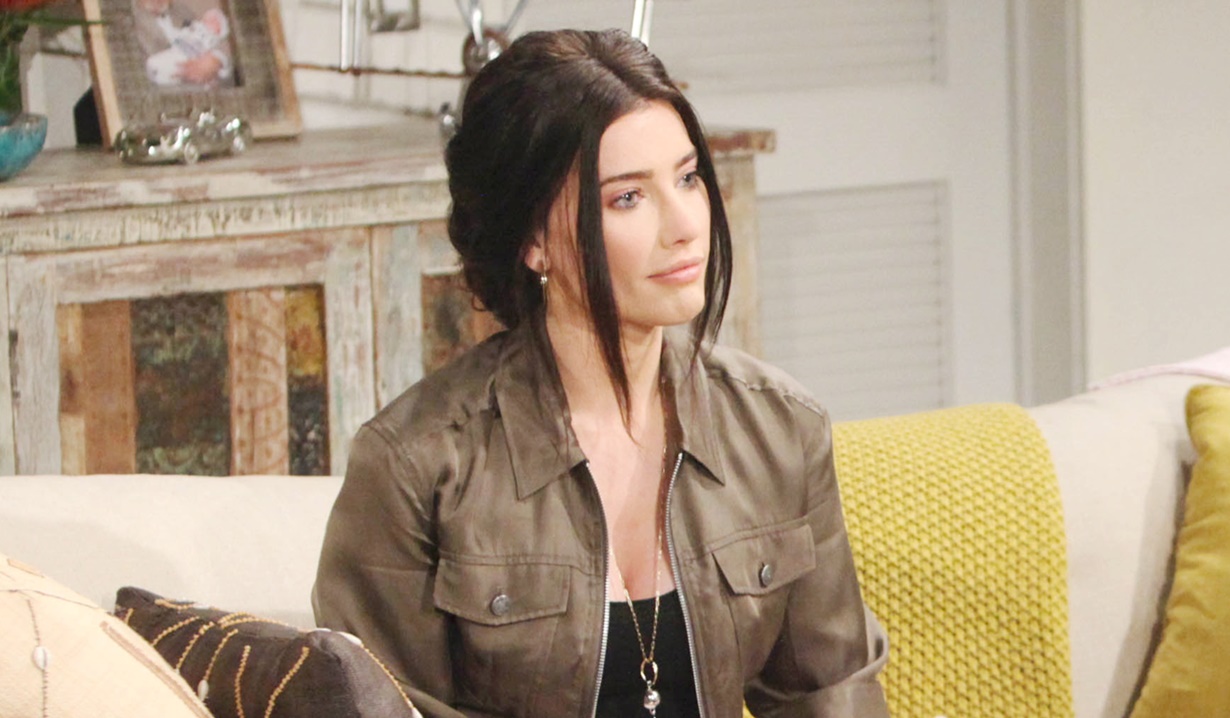 In Dr. Phillips’ office, Hope panics as the baby’s heartbeat cannot be found. Liam and Hope are flooded with relief when the heartbeat materializes. Hope cries, “Thank you, God!” Liam strokes her head and kisses it. After, Phillips warns Hope to take it easy for a few days and return if there’s anymore cramping or spotting.

At Forrester Creations, Steffy, Ridge, and Brooke discuss what Hope and Liam are going through. Brooke worries about not being there for Hope, but Ridge reminds her Liam is there. Brooke asks about Kelly’s fever. Steffy says she’s fine, and Hope’s baby will be too. Brooke’s frustrated at Hope not answering texts. Steffy says they all have to be positive and be there for each other in a way they’ve never been. Later, Brooke gets a call from Hope that everything’s okay. She disconnects and shares the good news with Ridge and Steffy. After, Brooke tells Ridge she was impressed with Steffy’s concern for Hope. They agree they’re proud of their daughters and embrace.

Still at the doctor’s office, Hope cries to Liam; she was so scared. Liam holds her and admits, “Me too.”

In her bed at home, Katie tells Thorne to kiss her again and not to stop. The phone rings; it’s Donna. Katie laughs that she probably wants all the details…she’ll tell her later that she had a fabulous time with the man who’s come to mean everything to her….and that it’s none of her business. Next, Katie gets a call from Andy’s mom, who relays that Will wants to come home from his playdate. Thorne offers to drive, but Katie wants to go on her own.

At Spencer Publications, Bill and Justin discuss Katie filing for full custody. Bill declares she’s making a huge mistake. He wants the best legal team money can buy – he’s fighting for his son, so is fighting harder than he has for anything or anyone in his life. Justin wonders if he told Katie he’s coming for her. Bill says it’s not about that, it’s about not hurting his son. He blames Thorne, who talked Katie into it. Justin wonders how Bill would feel if Thorne became Will’s stepdad. Bill throws up a little bit in his mouth. Justin urges him to talk to Katie again, but Bill insists he’s tried to reason with her. Justin, undeterred, repeats, “Come on, man, get over there.” He feels if Bill can’t avert a custody battle, the real loser will be Will.

More: Are you Team Katie or Team Bill? Vote!

Thorne answers Katie’s door to Bill and relays that she’s gone to pick up Will. Bill elects to wait and Thorne grouses that she’s not his wife anymore. Bill barks that she’s not his either, and Will’s not his son. They spar verbally about Will and Bill accuses Thorne of forcing Katie to go for sole custody. Thorne retorts that Katie won’t back down – she’s fighting for her son’s happiness. Bill corrects, “Our son.” Thorne tells Bill he threw away his family – he intends to be apart of the new life Katie wants to make.

At the cabin, Liam gets Hope settled and Steffy arrives to check in. She’s glad Hope and her baby are okay. Steffy hears about the scary experience and offers reassurance. They agree their children’s happiness and well-being is what matters. Hope wants their children to be close. Steffy notes there’s no better gift to give them than a loving family. Hope and Steffy embrace as Liam beams.

Brooke worries about Hope being pitted against Steffy. 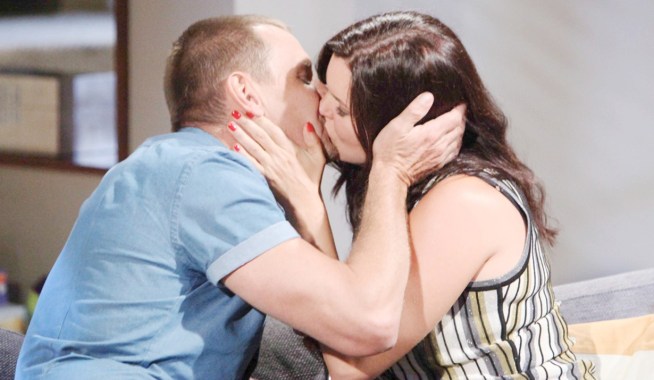 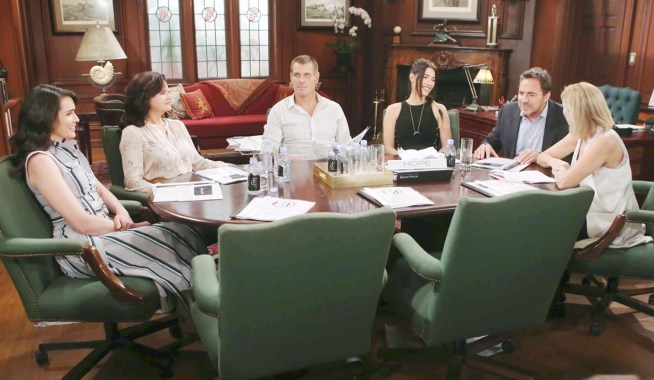