Hope Finds Liam With Steffy Before Their Ultrasound Appointment

Tuesday August 28, 2018: Will refuses to go with Bill, Thorne takes matters into his own hands, and Bill vows to fight Katie. 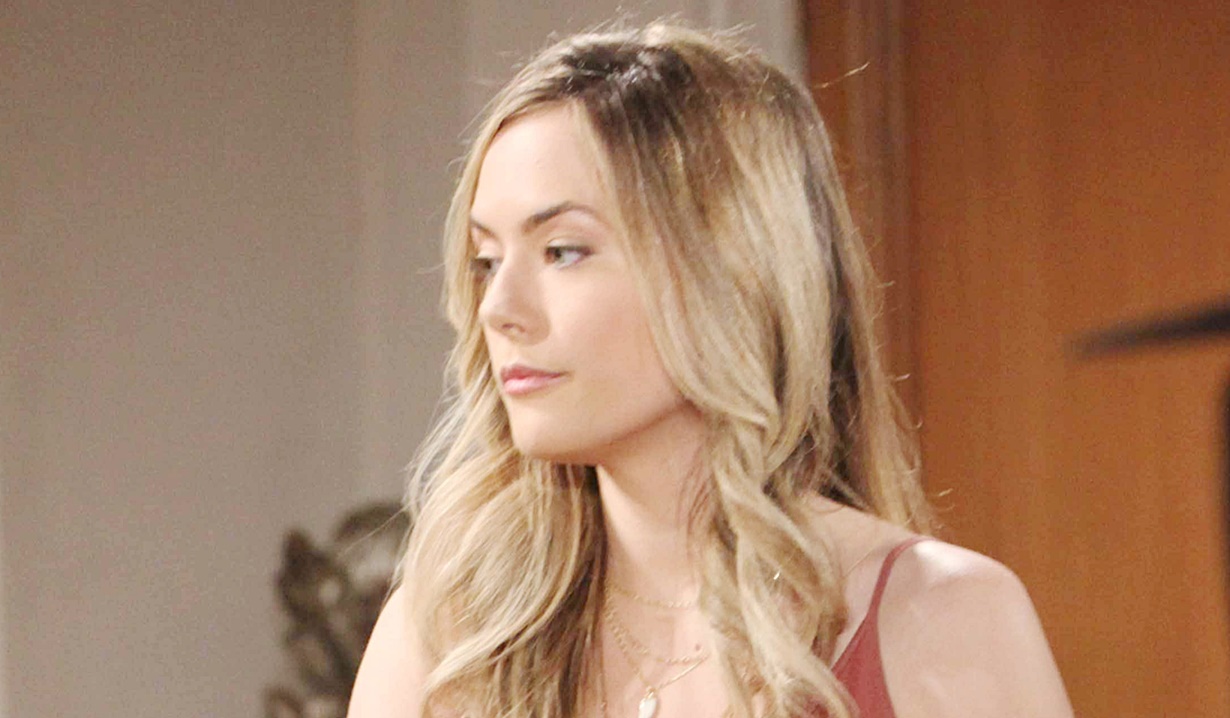 At Katie’s place, Bill and Thorne continue to debate whether she has a case for sole custody. Bill reiterates that it’s not Thorne’s business – he doesn’t get to have an opinion on how his son is raised, and never will! Bill starts shouting and Katie appears to warn her ex about being so loud. Just then, Will comes downstairs and asks his mom, “Why is dad yelling?” Bill quietly assures Will he wasn’t mad, he was just trying to get Thorne to understand something. He explains why he missed their visit. Will notes he never sees him anymore and wonders if he’s done something wrong. Bill blames himself – he allowed himself to get distracted these past months, but that’s over now. He urges Will to pack for an overnight at his place, but his son wants to stay home. Katie reminds Will he was excited to see his Dad earlier.

Will asks, “Do I have to?” Bill relents – he’ll bring him home after dinner. Thorne doesn’t think Will wants to go for burgers either. Katie allows Will to go upstairs. Bill’s exasperated and accuses Katie of only encouraging their son to go with him when she wants alone time with Thorne. Katie insists Will was stressed. Thorne pipes up that Katie

needs to do what’s best for the boy, and grouses that Katie’s been raising Will by herself. Katie sends Thorne away, then reminds Bill how many times she called and begged him to spend time with their son. Katie feels she betrayed Will by getting his hopes up earlier. Bill points out that Thorne is agitating and trying to cause tension between him and Will – pursuing sole custody won’t be good for anybody, but if a fight is what she wants, a fight is what she’s going to get. He’ll fight harder than he’s fought about anything in his life. “No one is going to take my kid from me, and anyone who tries is going to regret it.”

Steffy arrives at home to find Liam is there to visit Kelly. The nanny leaves, and Steffy assures Liam he’s welcome to spend as much time with his daughter as he wants. They recall becoming new parents and think they’re doing pretty well. Suddenly, Hope arrives. She couldn’t get a hold of Liam and was worried he’d miss their ultrasound appointment. Liam realizes he put his phone on ‘do not disturb’. Steffy invites her to stay and see Kelly, who’s just waking up.

Hope looks on as Steffy hands Kelly to Liam and they admire the baby. Kelly goes back to sleep, and Steffy advises Hope that only she and Liam will know what’s best for their baby despite everyone’s well-meaning advice. Hope thanks her. Steffy remarks they’re making a better future for their children. After Hope leaves, Liam hopes it wasn’t too awkward. Steffy insists she and Hope won’t be like their mothers. Liam says he’s proud of her before heading out. Steffy looks a little wistful.

At Forrester Creations, Thorne updates Carter that Bill needs to be stopped – Katie needs to file for sole custody right away.

Hope comes to an uncomfortable realization at her doctor’s office.

Posted 38 mins ago
Posted on: TVLine