Steffy Chooses Herself Over Bill & Liam

Wednesday August 1, 2018: Ridge wants Liam to intervene with Steffy, Bill pushes for a wedding, and Brooke asks Ridge to give his blessing. 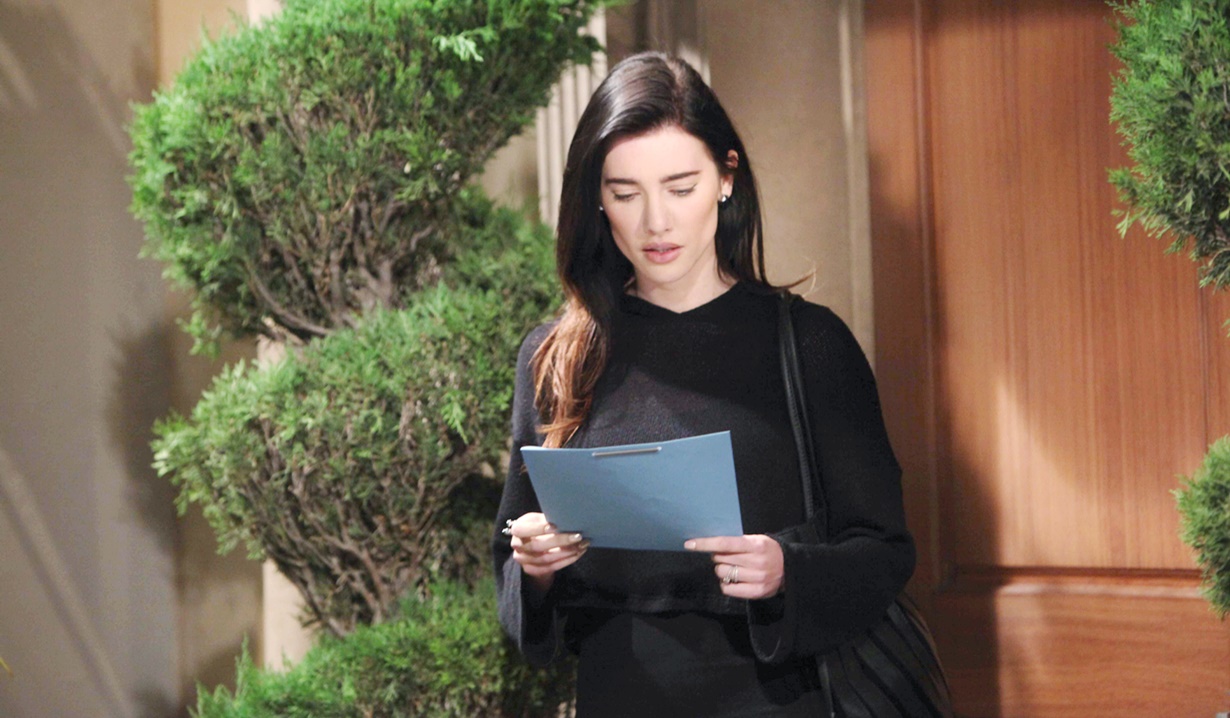 At Bill’s place, he implores Steffy to put on the wedding dress and marry him right here and now. Steffy feels it’s all happening way too quickly, but Bill wonders why they should wait. He reiterates that Liam’s having a baby with Hope. Bill thinks he’s the clear choice for Steffy’s future. Steffy agrees it’s time to make a choice. She announces she can’t marry Bill – she’s not in love with him. Bill says, “You’ll get there.” Steffy replies, “No I won’t.” Bill asks if she’ll go back to Liam. Steffy announces, “My choice is me.” Steffy tells Bill he lost his way and lists his transgressions. She needs to rise above and focus on herself and her daughter. Bill asks, “What about us?” Steffy was just angry at Liam – this isn’t what she wants. Bill signs over the shares as she protests. Bill insists – it’s a symbol of his love for her; it’s her family’s business and she deserves them, no strings attached. Steffy accepts. Her grandmother would be thrilled, and one day she’ll pass them to her daughter. She plans to raise a strong, thoughtful girl, and to do that she needs to be whole – she doesn’t need a man for that. Steffy leaves after saying, “I don’t belong to anyone, Bill.” Outside, she smiles.

In the beach house, Ridge hollers at Liam that his daughter has given up on life, on happiness, because of him. She thinks Bill is the only option she has left and Liam needs to stand up and do something. After, Ridge apologizes; he didn’t come there to yell at him. Liam knows he messed up, but thinks it speaks volumes that she turned to Bill after all he put them through. He’s not going to try and stop her – because he can’t.

At Brooke’s house, Hope wishes Steffy hadn’t seen her and Liam together like that. Brooke muses that Steffy went running to Bill, which proves they belong together…and so do Hope and Liam. Brooke urges Hope not to worry about Steffy, and focus on her own life. Later, Ridge arrives and updates Brooke that he tried to get through to Liam. He characterizes what happened with him and Hope as cheap and inappropriate. Brooke sighs that it’s pretty clear he chose Hope for his future. Ridge frets that Steffy doesn’t need anyone, especially Bill Spencer – he’ll never accept it. Brooke thinks Steffy would like a man around to protect her and Kelly. She urges Ridge to give his blessing. Ridge argues Steffy doesn’t need Spencer, but Brooke believes she’s finally accepting she lost Liam.

Hope arrives at the beach house as Liam’s looking at photos of Kelly and Steffy. He admits he’s thinking about Steffy, and Hope says she has been too. Liam’s worried, but assures Hope he doesn’t feel pressured, and is excited about their baby. Hope understands it will be hard for him if Steffy marries his father. Liam doesn’t want Steffy or Kelly around Bill. Hope thinks it’s out of his control. Liam can’t believe Steffy wants to be his wife after the chaos he caused.

An announcement is made at Forrester Creations. 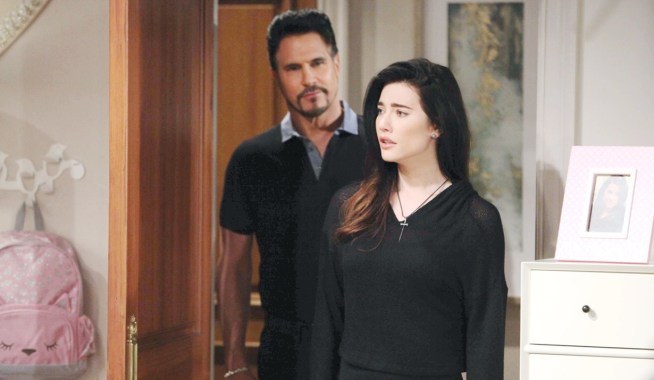 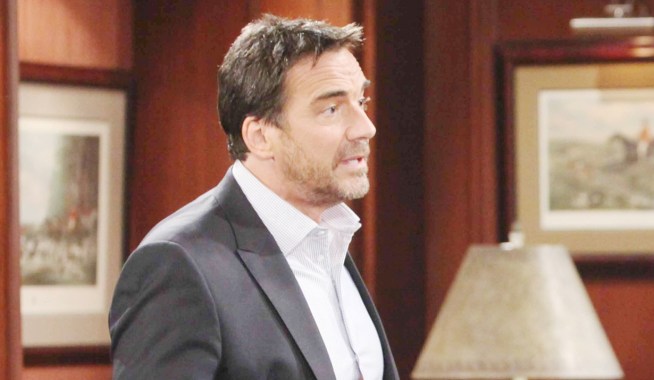