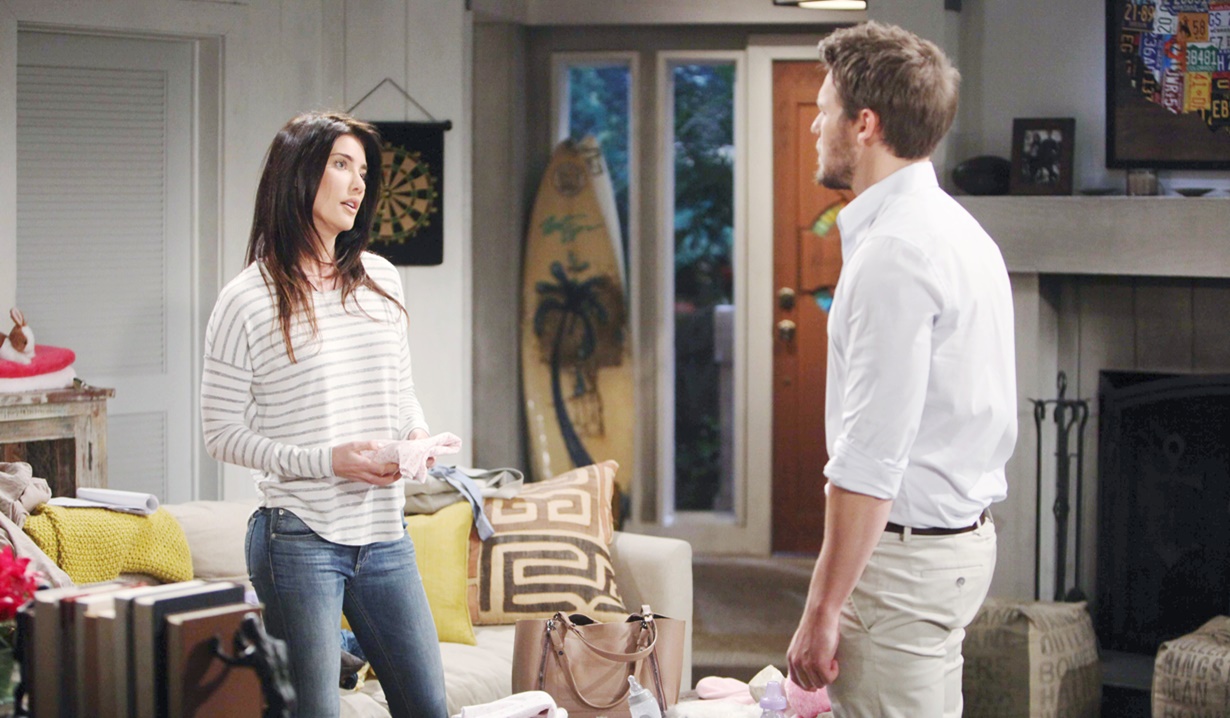 In Bill’s office, he offers to accompany Steffy to talk to Liam. She wants to do that alone. Bill presses for Steffy to come home with him tonight, but she balks. Bill realizes, “The baby,” but looks forward to them living with him. He assures her they can have a quiet wedding ceremony. Justin rejoins them, still resistant about the deal. He needs to ensure there was no coercion. Steffy promises no one is forcing her to do this. Justin wishes them a happy, long ‘whatever this is’, and exits. Bill brushes off Justin’s attitude, and talk turns to what Steffy will face at home. She’s prepared and can handle herself. Bill needs to know if she cares about him – so this feels less like a transaction. Steffy cares – he’s been a rock for her and never made her feel ‘not good enough’. Bill looks forward to spoiling her. Steffy hides his sword necklace as she leaves. After, Justin returns and tells Bill he paid a heavy price to get what he wanted. Bill thinks tonight was the best thing that ever happened to him. Justin counters it might be the worst thing to happen to his son. Bill sneers that Liam always has a back-up plan.

At the cliffhouse, Liam is unable to reach Steffy. Brooke arrives, and lets him know Hope told her what happened. Liam’s ashamed. Brooke says, “Don’t be.” They discuss Steffy’s absence, and Liam tries to get Brooke to go, but she reminds him Steffy’s not his wife – he’s free to decide what he wants to do with his life. Liam retorts, “Maybe I don’t want to be free to decide.” He laments having betrayed Steffy after being unable to look at her for months after she betrayed him. Brooke hisses that while Liam turned to Hope, Steffy cheated with her husband’s father! She asks if he’ll let Hope down again, then apologizes. Liam understands she’s protective. Brooke admires Kelly on the baby monitor. Liam muses he’s never been as perfect as she is. Brooke advises him to stop beating himself up – Steffy and Bill would never do that. Later, Steffy arrives, and Liam’s relieved. He asks where she was. Steffy turns the conversation to him not coming home after the fashion show – he put her in a terrible position. She thought he was a good man, but he’s no better than Bill; he just has a better act. She reveals the sword necklace. Liam, reeling, blurts, “You didn’t?” Steffy replies, “Oh yes. I did.”

At home, Hope flashes to Steffy catching her with Liam. Ridge appears. Hope explains that Brooke went to see Liam – she couldn’t stop her. Ridge wonders what’s going on and Hope admits that Steffy walked in on her and Liam. Ridge becomes angry, and Hope reminds him Liam is also the father of her child. Ridge softens – he knows Hope’s not a bad person, and blames all of this on Bill. Hope protests that Liam loves her. Ridge thinks she’s naïve. 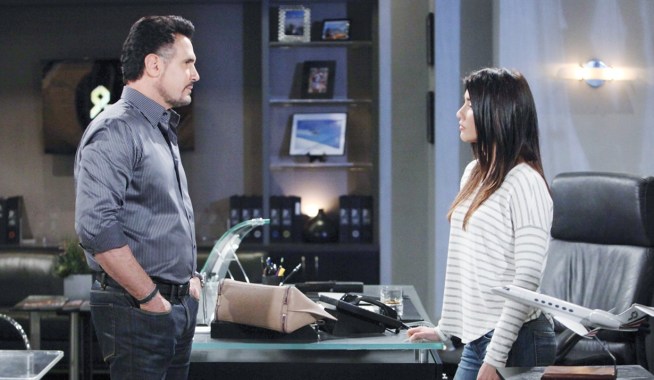 Steffy & Bill Strike a Deal - His Forrester Shares for Marriage 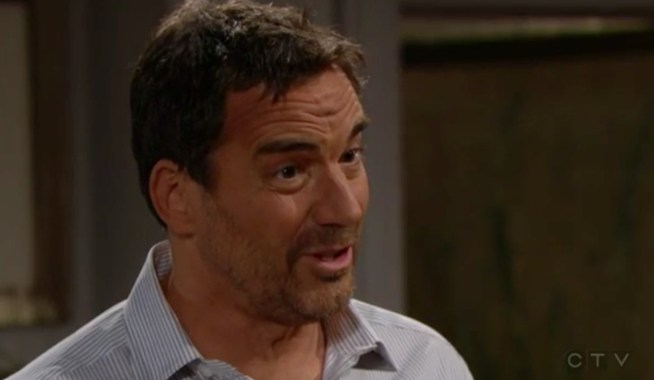