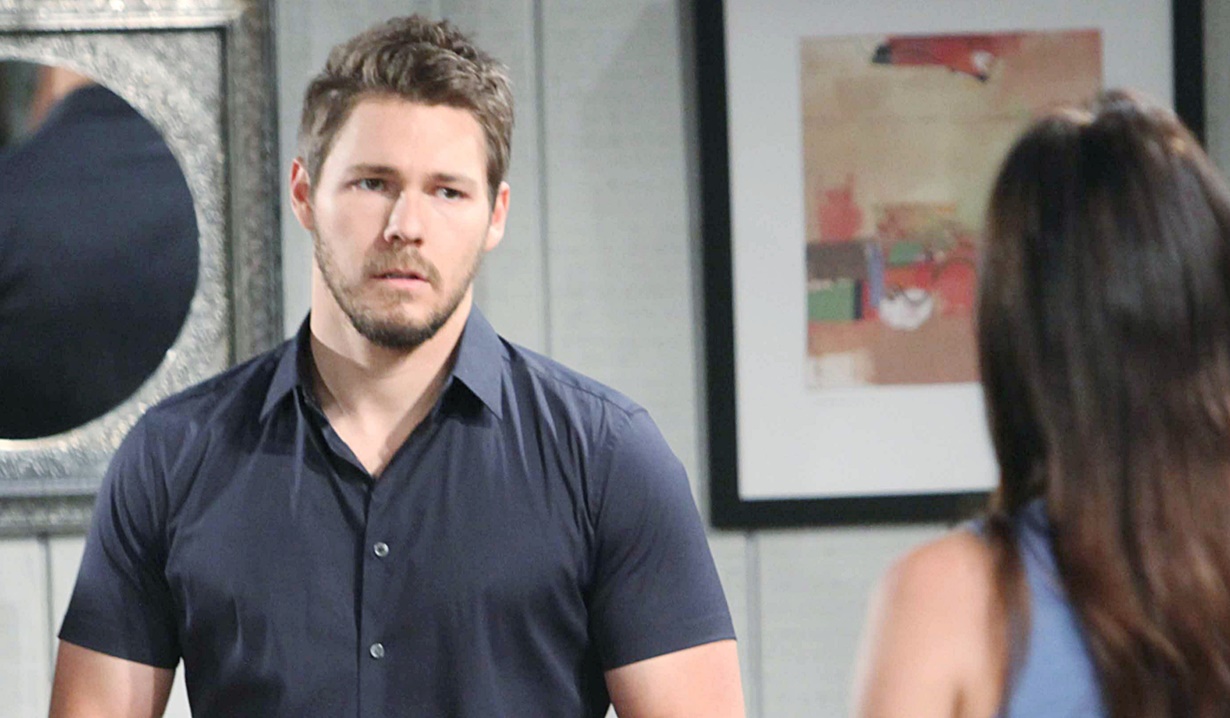 At the cliff house, Steffy still can’t believe Hope’s pregnant. Liam doesn’t think Hope meant to get pregnant. Steffy knows. They agree Bill manipulated all of them. Steffy feels they should just get married. She asks, “You do still want to get married, don’t you?” Liam feels he’s suddenly not in a position to get married at all; he has to figure out what Hope’s pregnancy means for all of them. Steffy urges him to take some time – she knows their future is together with their little girl. Later, Steffy tearfully assures Kelly that Hope’s pregnancy won’t keep them from being a family.

In a meeting at Forrester Creations, Hope tells Emma she made a rookie mistake using her phone, and offers a fresh start. Emma’s relieved, and happy that her dance will be used again. Xander assures Hope that Emma won’t let her down. After Hope leaves, Xander admits to Emma that he was raised in England. She laughs in disbelief, and wonders why he’s been hiding it.

At Café Russe, Thorne tells Katie about the comments he and Liam discovered on the Hope for the Future website. Katie learns Ridge is in the loop, and that they’re not ruling out it being someone inside – he heard Maya, Xander and Emma venting about Hope, and of course there’s Sally. Katie asks what Hope thinks. Thorne admits she doesn’t know. After, they share a kiss before Thorne shows Katie the latest negative post. “Good luck, you’re going to need it.”

In the beach house, Wyatt reassures Sally about working with Hope – she doesn’t hate her. They are kissing when a young woman peeks in at them.

Wyatt greets the mural painter, Zoe, (played by Kiara Barnes), before continuing his conversation with Sally, who admits she overheard Hope warn him about her. Wyatt promises Hope has no influence when it comes to the two of them. Zoe jumps in to suggest maybe Hope is jealous of something – some women are like that.

Sally and Wyatt admire the mural before Sally agonizes about working with Hope again. Wyatt advises her to be herself, and if she gets Eric on her side, everyone else will fall into place. Sally searches for her laptop. Zoe has it beneath her drop cloth and manages to slip it behind a sofa cushion for them to find.

In Brooke’s kitchen, Liam updates Hope that he told Steffy about the pregnancy. She took it in stride, but still wants to get married right away. Liam needs to just sit with everything and see what it means. He tells Hope that he, Kelly and Steffy are a family, though they’re going to be a family too. He loves Hope, but the face is he loves Steffy too and has to be close to his daughter. Hope understands – she won’t come between him and Kelly.

Danny Woodburn returns to B&B as Ken the IT specialist.