Hope Shares Explosive News With Liam on the Fourth of July 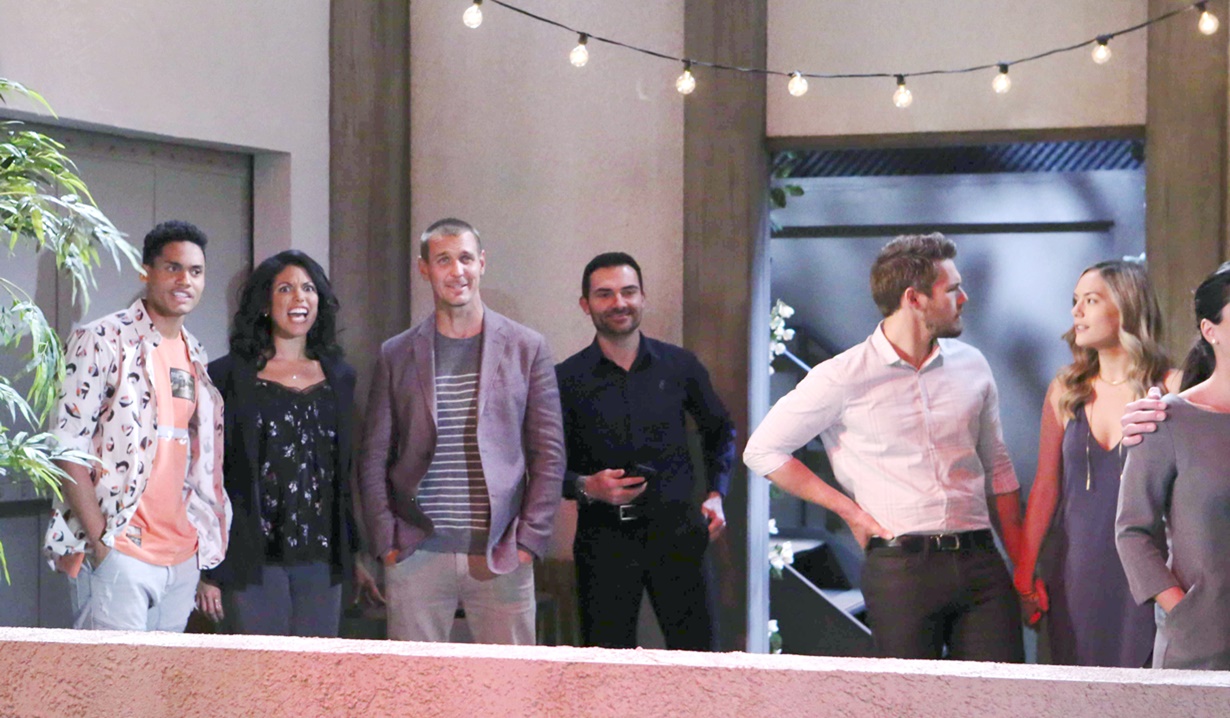 In the cliffhouse, Ridge chats with Steffy about motherhood and Liam’s mother before asking why she told Liam she wanted to wait to get married. Steffy shrugs that she just didn’t want to get married with everything going on; she’s ready now. Ridge agrees being a new parent can be overwhelming. Steffy can’t wait to tell Liam –they’re finally going to be the family she always knew they could be. Later, as the fireworks go off, Steffy watches, smiling.

At the beach house, Wyatt appears and growls that he’s fired up…but not about the Sally’s Fourth of July decorations. Talk turns to Forrester Creations, and Sally admits she doesn’t want Hope’s negative opinion of her to change things. Wyatt jokes around

before turning serious – he’s starting to realize his life is better with her in it. They share a kiss, gaze into one another’s eyes, then kiss again. After sex, Sally tells Wyatt he’s sweet; a lot of guys would have kept this relationship secret. Wyatt’s proud to be getting involved with her; she’s strong and sexy. Wyatt vows to try his hardest to show how he feels about her every way he can. After, the fireworks go off outside and they kiss.

At Forrester Creations, Hope gushes, “I can’t believe it, I’m having Liam’s baby.” Brooke urges her to tell Liam very soon. She thinks this is a sign she could have a future with Liam after all. Hope reminds her,

“What about Steffy and little baby Kelly?” She points out the pregnancy impacts many people. Brooke croons that Hope shouldn’t worry about what others think – she and Liam deserve this joy. In the design office, Thorne and Liam try to make Maya feel better about not being used by Hope – she’s the face of the couture line. Maya’s curious why Liam’s not with Steffy and Kelly and asks, “Is there something wrong with the website.”

Liam covers; there’s just a few things to take care of. Xander and Maya leave the office and Liam divulges to Thorne that another comment came in – ‘There’s no hope for you’, again there is a skull and crossbones. Liam laments this creep trying to poison the one thing Hope’s been able to feel good about. Hope enters, looking to speak privately, so Thorne exits. Hope works up to telling Liam her news, but Xander bursts in and drags them out to see the fireworks. Outside, Hope pulls Liam away from the fireworks to a private vantage point. There, Hope tells Liam she loves him, and after several attempts to be heard over the loud firecrackers, announces she’s pregnant. Liam gasps, “Oh my God,” and pulls her into a hug.

At home, Ridge finds Brooke cooking in the kitchen and reports that Steffy and Kelly are happy and healthy, and she and Liam are going to get married as soon as possible. Brooke doesn’t know it that’s going to happen – something’s happened that will change their lives forever. Ridge works to pry the information out of her. Finally, she explains that Hope and Liam are going to be a family too – she’s pregnant.

Ridge and Brooke have a major disagreement.