Hope Won’t Let Sally Design at Hope for the Future 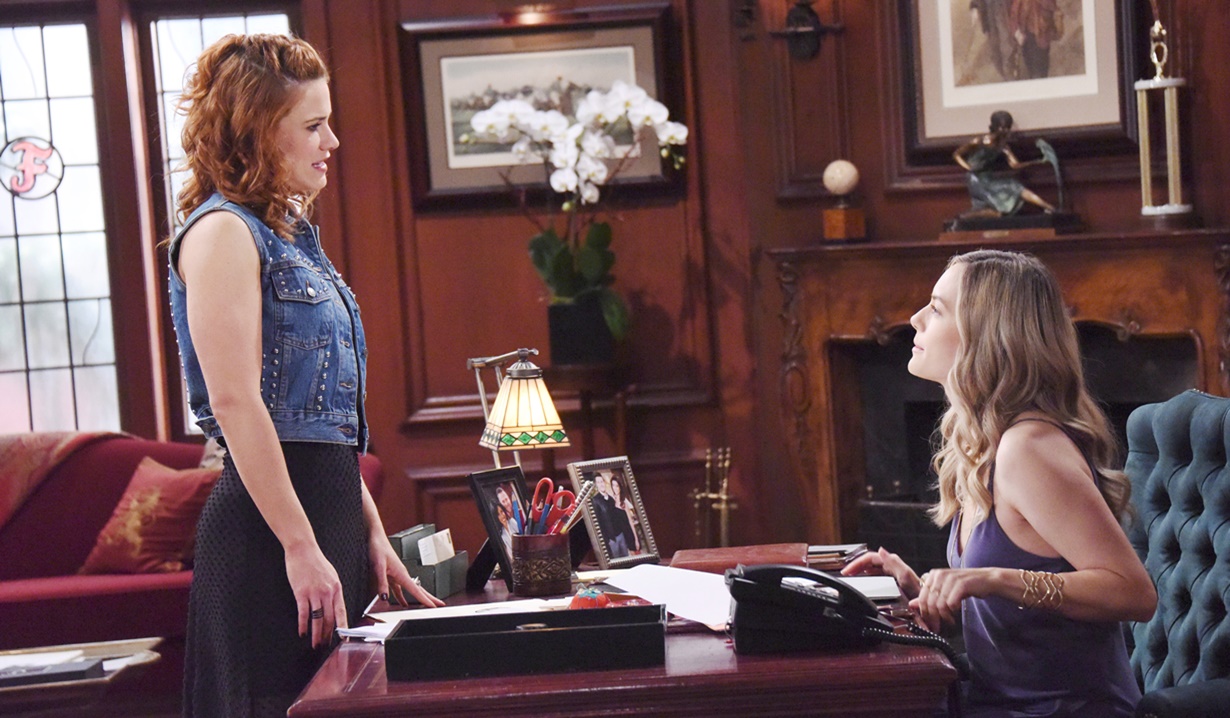 At Forrester Creations, Hope shows off designs to Thorne, Eric, and Quinn. Eric thanks her, but it’s not the only reason he called the meeting. He reveals Wyatt is seeing someone with a fashion background, and he’d like Hope to make room for her at Hope for the Future. Hope gapes when Eric announces she’s Sally Spectra. When questioned, Eric points out that Bill ruined her as he’s tried to do to them, and it’s the only thing his stepson has ever asked of him. In the corridor, Pam and Charlie continue their contentious conversation about Hope horning in on Liam and Steffy’s relationship.

Sally and Wyatt awaken together in the beach house. It’s established that he still respects her, and Sally teases since she’s met his parents and he tried to help her get a job, they’re practically engaged by L.A. standards. Wyatt tells her she’s gorgeous. Suddenly, Sally gets a call from Eric, who asks her to come over to Forrester Creations, they have a position for her with Hope for the Future. Sally disconnects, and relays that Eric gave her a job. Wyatt half-jokes that he’s the reason. Later, Liam visits to show off pictures of Kelly. Wyatt wonders when he’s marrying Steffy. Liam explains she wants to wait. Talk turns to Wyatt’s hole in the wall. Wyatt reveals he’s having sex with Sally Spectra, and adds, “Things kind of started out with a bang.” Liam’s concerned, which irritates Wyatt. Liam asks him to look out for Sally. Wyatt counters he got her a job at Forrester Creations. Liam’s worried that Wyatt will break her heart and Sally will hurt herself or someone else.

In the Forrester Creations design office, Thorne kisses Katie before mentioning that apparently, Wyatt has a new sweetheart. Katie looks rattled, but says she can’t begrudge him that. Thorne advises she’ll be working with her. Katie thinks Thorne’s pulling her leg when he says it’s Sally Spectra, then realizes he’s not kidding. Katie denies she’s jealous, and recalls what Sally pulled before. Thorne asks if she’s more worried about Sally and Forrester, or Sally and Wyatt. In the corridor, Pam frets to Charlie – marriage is important, but it’s marks on paper; not being married doesn’t mean it’s open season on Liam. In the boardroom, Eric tells Sally he blames Bill for putting her in the position to steal from them, so he’d like to give her another shot. Sally assures him he won’t regret this. Quinn adds, “And…be good to my son.” Sally replies, “How could anyone not be?” Next, Sally meets with Hope, who explains the complicated histories between the various employees there. Sally confirms she’s seeing Wyatt; she knows they were married. Hope snarks about Sally boomeranging back to Thomas after failing to make things happen with Liam. Sally asks to discuss her duties and offers some designs. Hope informs her she’ll never be a designer there – she would send her packing if she could.

Ridge and Eric argue about Sally. 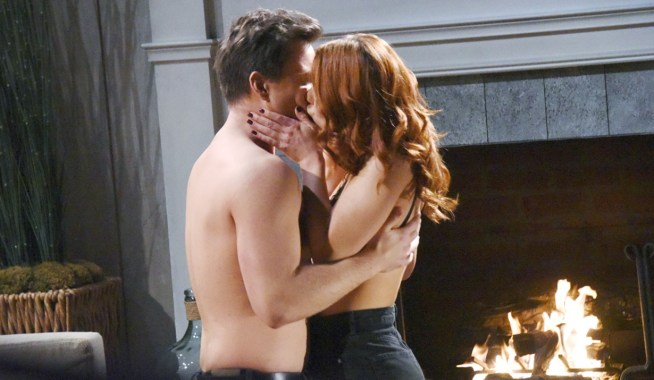 Wyatt and Sally Have Sex 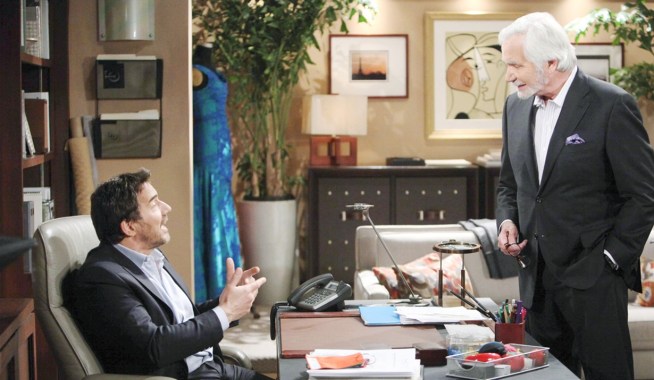