Wyatt and Sally Have Sex

Tuesday June 26, 2018: Pam compares Hope to Brooke, Steffy fails to get through to Bill, and Sally's happy to have found another champion. 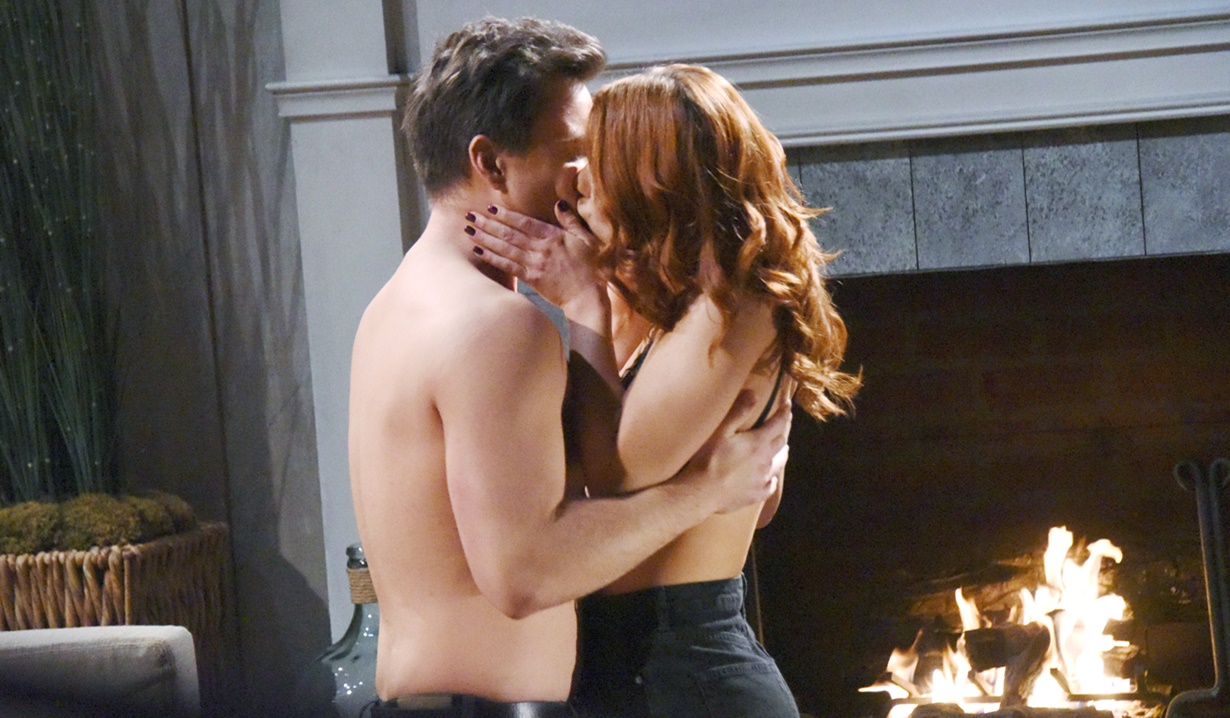 At Forrester Creations, Hope questions why Steffy wants to put off marrying Liam. As she talks about Steffy hesitating, Pam interrupts. Hope asks for more time. Pam exits, and Liam tells Hope that Steffy needs more time to figure things out. Hope can’t understand, and knows Liam is disappointed. Meanwhile, Pam returns to her desk and complains to Charlie that Hope is in the office ‘working’ with Liam, and questions what she’s up to. Charlie feels they should mind their own business. Pam retorts that Steffy is her sister’s namesake – this is her business! Pam believes Hope should leave Steffy and Liam alone, and adds, “That girl is exactly like her mother.” In the office, Liam tells Hope that having a baby is all-consuming, he gets why Steffy doesn’t want the stress of a wedding. Hope gets that, but still wonders if something’s holding her back. She’s glad to have Liam’s help with her line again, and decides maybe Steffy’s right about not rushing into marriage.

In the cliffhouse, Steffy informs Bill she met the terms of his blackmail. He takes exception to her calling it that, and declares he’s trying to save her from herself. Steffy warns she just needs time to figure things out, then he’ll have to drop this. She seethes about Bill using her mom’s emotionally fragile state to manipulate her and interfering in the life she and Liam are trying to make for his granddaughter. Bill believes he can see things better than she can. He repeats Liam and Hope belong together, and thinks Steffy felt peace and fulfillment the night they were together that she’s never felt with Liam…and never will. Steffy, frustrated, asks what it will take for him to respect her commitment to Liam. Bill repeats that Steffy needs a man who’s committed to her; she needs him. Steffy thinks this is all about what he wants – she sees an angry, selfish, power-hungry man, who says he cares but is manipulating her. Bill insists he took Taylor’s bullet for Steffy – everything he’s doing is for her. Steffy orders him to leave. Bill maintains, “Our day will come.”

At the beach house, Wyatt and Sally drink wine and discuss Eric and Quinn having reservations about her. Wyatt muses that his mother’s whole life has been sketchy and he’ll remind her of that. Sally loves that Wyatt defended her, but doubts Eric will hire her. She adds it feels good to have a champion again. Wyatt’s glad she’s there with him and kisses her. He observes that Sally’s a force of nature who got a bad deal from his dad, then Thomas laid waste to everything she had left. Wyatt grins – there’s nowhere to go but up. Sally’s never met anyone like him.

They kiss, and Sally marvels at what’s happening between them. Wyatt thinks she’s something special both physically and in her warmth, charm, humor, and talent. Things turn passionate and they start undressing to make love in front of the fireplace. After sex, Sally muses she hadn’t intended to make herself vulnerable again, but Wyatt’s sweet and supportive, exactly what she needs right now.

Katie finds out Wyatt’s moved on. 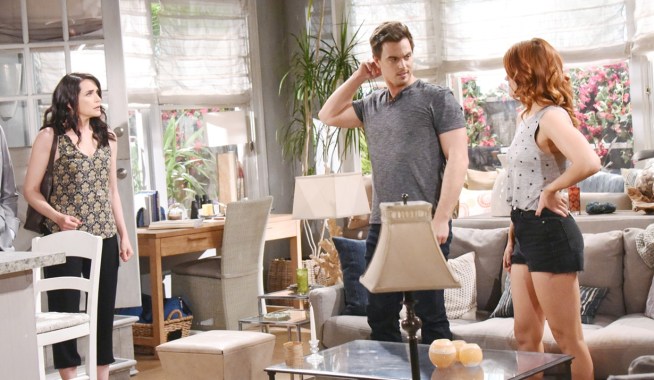 Quinn's Stunned When She Walks in on Wyatt and Sally

Hope Won't Let Sally Design at Hope for the Future 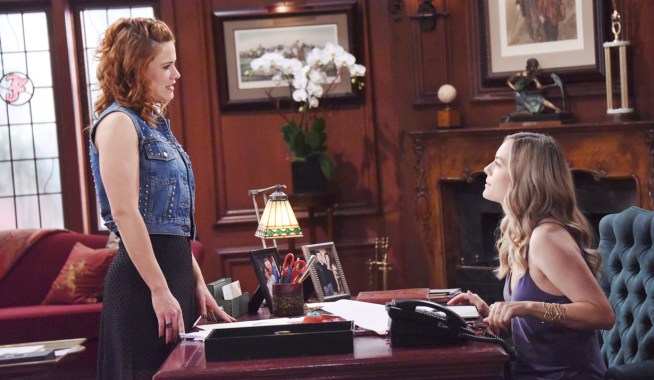