Katie Breaks up With Wyatt 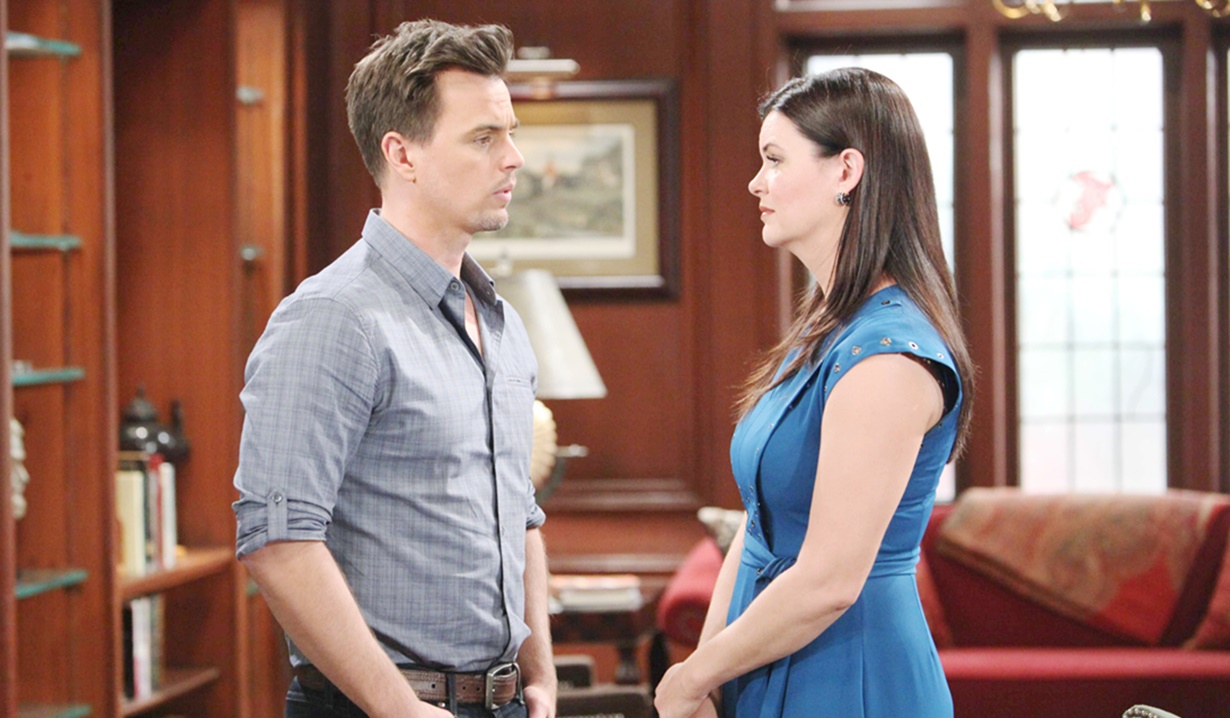 At Forrester Creations, Katie is on the phone, while Wyatt hangs out with Will. Will pretends to call his dad, Bill Spencer, and notes that Wyatt’s his brother. Katie asks Pam to take Will, and informs Wyatt that was it – the thing they’ll never be able to overcome. They wonder if they’ve been kidding themselves. Katie worries they’ve been selfish, though she’s been so happy with Wyatt. He muses they may have gone too far with the engagement. Katie feels their new ‘no strings’ model also means no future. She doesn’t know how they ever thought Wyatt could be Will’s stepfather. She decides it’s not right and they have to stop it.

In the design office, Maya reminds her cousin, Xander, (played by Adain Bradley), that he’ll start out as an intern. Julius and Vivienne arrive and enthusiastically greet their nephew. Xander tells them his mother is doing well, and he appreciates the internship. He reveals he’s going to ditch his British accent while in America. Julius wonders if he’s hiding something. Vivienne cautions her husband, who says he’s joking. Maya tells Xander about the Hope for the Future preview going on, and mentions ‘sweet’ Emma. After Xander exits, Maya and her parents wonder whether he’s somehow hoping to change his story.

In the studio, Hope, with Emma standing by, gives her curious young models an explanation about her personal life. They all agree to rock the Hope for the Future preview. With Thorne’s help, they do a test run. After, Emma tells Hope the models were beautiful but walked like unhappy robots. She mentions her dance background and it’s established that she’ll help with the models’ moves. Emma is demonstrating some high kicks when Xander walks in. She knocks him unconscious to the floor. Distraught, Hope and Emma wonder who he is.

Thorne joins Pam in the corridor, where she’s playing hide ‘n’ seek with Will. She warns him not to enter the office where Katie and Wyatt are having a serious talk. Inside, Katie thinks Wyatt deserves someone he can take to dinner or on a vacation. They want the best for each other. Wyatt doubts anything will be as good as them. He can’t say goodbye, but turns to walk out. Katie assures him he changed her. They loved each other, and she hates this. Wyatt exits and Katie cries. After, Thorne joins Katie. He realizes she and Wyatt hadn’t really broken-up until today. Katie opens up about people’s expectations of her. She wishes she didn’t have to choose between being a good mother and being good to herself. Thorne wants to help, and kisses her.

Thorne spends some time with Katie and her son.

Thorne Asks Katie Out on a Date