Steffy Falls After Throwing Bill Out

Thursday May 31, 2018: Liam and Bill debate about Steffy, Hope thinks Steffy feels her pain, and Ridge and Brooke disagree on Liam's next move. 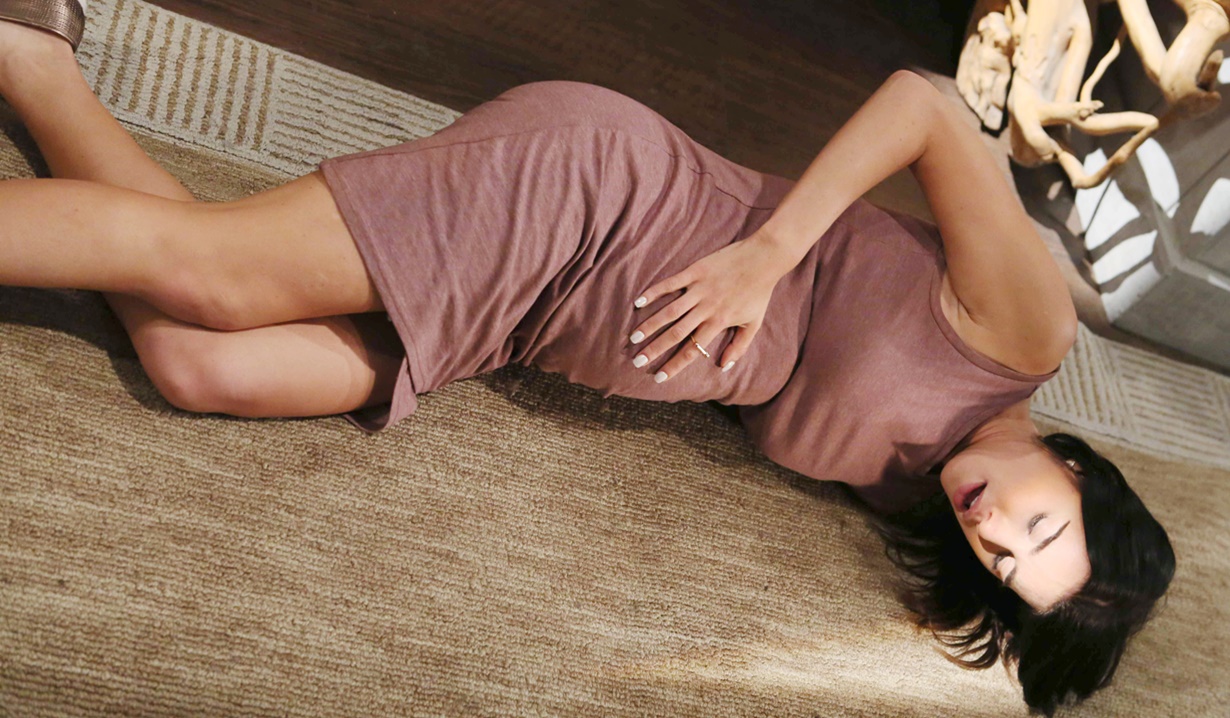 At Spencer Publications, Liam mocks Bill for believing he’s the man for Steffy. Bill tells him to save his misplaced outrage – he was just at the altar with Hope. Bill promises he’ll be with Steffy in the not too distant future and urges Liam to go save the world with Hope Logan. Liam can’t believe his father actually thinks he’ll be with Steffy when the smoke clears and clarifies that Steffy doesn’t want Bill and never did. They debate over which of them is in denial, and whether Steffy’s feelings for Bill are buried or gone. Liam marvels at Bill once standing for family, and vows to protect his daughter from Bill’s influence. Liam rants that his father’s sad, and has pushed everyone away except Justin and Alison. He exits, inviting Bill to enjoy his well-earned solitude.

At the cabin, Steffy understands why Hope cancelled her wedding. Hope corrects her – it’s postponed, they’re still getting married. Steffy protests that she and Liam would have been together if not for the lie. Hope points out that’s not what happened, and asks how it feels to be stuck in the gondola. She recalls the cruelty of having to watch Steffy marry Liam – maybe she finally understands how painful it was. Up at the house, Ridge insists to Brooke that Liam will go home to Steffy now and wonders if she can find a way to accept that. Brooke asks if he can accept the opposite when Liam chooses Hope. She scoffs when Ridge suggests Hope will step aside and let Liam have his family, and argues that Steffy scarred him. Ridge counters that Steffy and Liam were manipulated. Brooke thinks that’s karma. Later, Hope rejoins Brooke and feels unsure about what Liam will do. Brooke urges her to tell Liam she wants to elope. Meanwhile, Ridge catches up with Liam in the cabin and suggests it’s time he put his life with Steffy back together. Ridge assures him Hope will understand.

Bill enters the cliff house and Steffy orders him to get out – he’s a psychopath! Bill soothes, “I did it for you, and our future.” Steffy maintains they have no future and she doesn’t want him near her or her daughter. She yells, “This is not going to happen Bill!” Bill recalls the night they made love. Steffy tells him he disgusts her. Bill thinks he thrills her – eventually she’ll admit it, and that Liam belongs with Hope. He insists Steffy deserves a man completely committed to her, not with a divided heart. Steffy glares. She repeats she doesn’t want Bill, and points out he’s trying to separate his granddaughter’s parents. Bill will support her and Liam as long as it’s what she wants, but when he leaves her for Hope, he’ll be there. Steffy orders him out; if he comes back she’ll call the police. “You messed with the wrong woman.” She screams at Bill to leave. He exits, she slams the door after him, turns, and trips, falling to the floor.

Bill Takes Everything From Wyatt