Tuesday May 22, 2018: Ridge and Brooke disagree, Wyatt struggles with his dilemma, and Katie doles out advice. 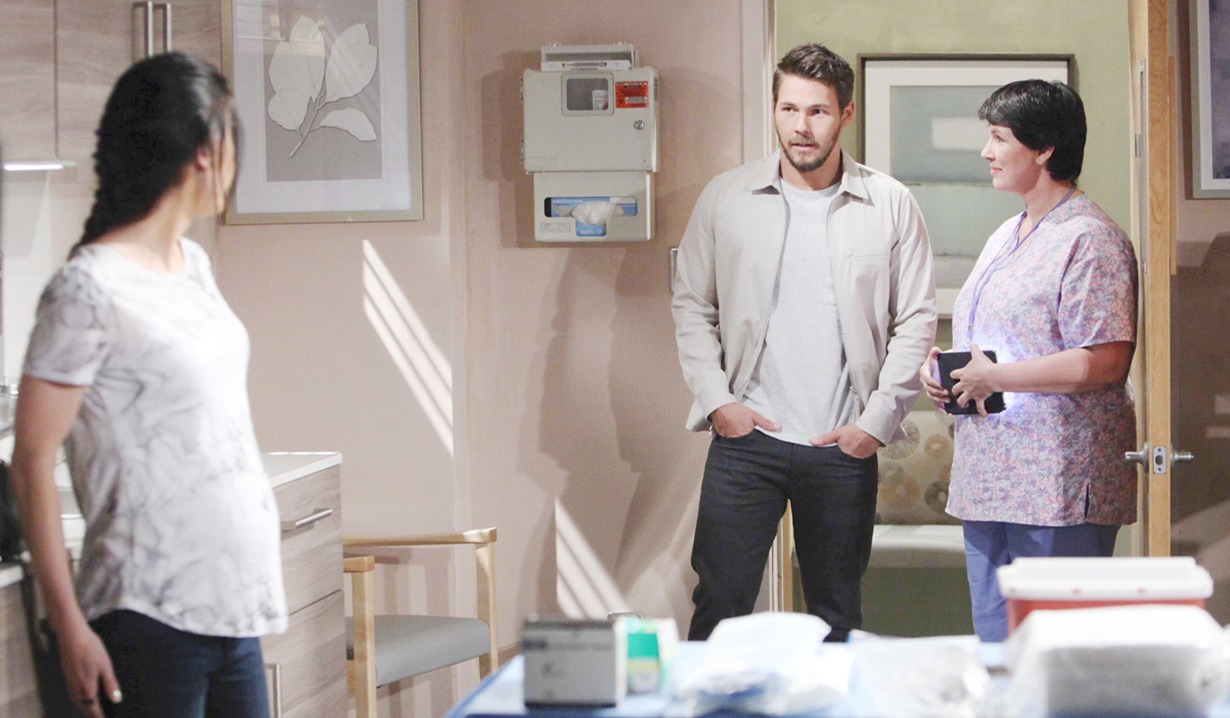 At Brooke’s house, she gushes that Hope looks gorgeous in her wedding gown and says some couples are just meant to be. Ridge enters, and Brooke prompts him to agree that Hope looks lovely. Ridge says Hope always looks lovely, but Liam’s being duped – that’s why she’s wearing that dress. He feels Hope should open her eyes and see what’s happening. Brooke snaps that Hope and Liam are getting married, that’s what’s happening. Ridge and Hope debate about Steffy and Bill until Brooke asks to speak to him alone. Brooke informs Ridge that Liam’s marriage to Steffy is over and he’s chosen a future with Hope – he needs to accept it for the family, and for her. Ridge tells Brooke he’s protecting both their daughters. He thinks Brooke should accept that the fantasy reunion is not going to happen since it’s based on a lie and the truth will come out. Ridge asserts that they both know who’s behind it – Bill.

Katie joins Wyatt in his office at Spencer Publications and asks if he saw Liam. Wyatt says he did, but Liam still believes the lie. They debate as Wyatt questions if Liam would have chosen a future with Hope had he known the truth. Katie notices the cliff house painting and notes it’s worth a fortune. Wyatt reveals Bill gave it to him…for his loyalty. He opines that using him is just wrong – it would serve Bill right if he threw the painting out the window and told Liam the truth. He wonders if he meant it – that he’s his favorite son. Katie thinks he realizes he needs him. Wyatt counters, “He needs me to keep quiet.” Katie points out Liam can have his happily ever after, and Wyatt can have his. Wyatt admits Bill’s acceptance feels good, but at what cost.

In Dr. Philips’ office, Steffy tells the nurse she’s not sure her husband will be there. Liam appears. Steffy thanks him for coming. He admits he almost didn’t come given that he now knows for sure about her and Bill. Steffy insists there’s nothing to know, but Liam’s aware Bill was at her house earlier – he saw the painting. Steffy confirms Bill took a painting but she kept telling him to leave. Bickering ensues as Liam accuses her of encouraging this, and she denies it. Dr. Philips interrupts the argument, reminds them about keeping stress at a minimum, and starts the ultrasound. Liam and Steffy marvel at the sight, and are certain the baby girl’s waving. The doctor assures them there are no issues and urges them to enjoy these moments and the moments to come. Steffy beams. “We made her.” Liam smiles – he’s grateful she’ll always tie them together. Steffy hopes their daughter will remind Liam of his mother; she’s been thinking about her – Kelly Hopkins. Steffy wants to name their baby after his mom. Liam tears up; he loves it – Kelly Spencer. They agree whatever happens, their little Kelly will be their light. Liam tearfully clasps Steffy’s hand.

Brooke and Ridge defend their daughters. 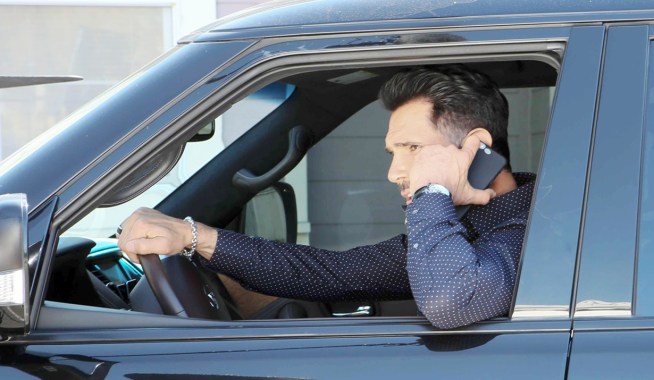 Wyatt Struggles With His Conscience As Liam's Wedding Nears 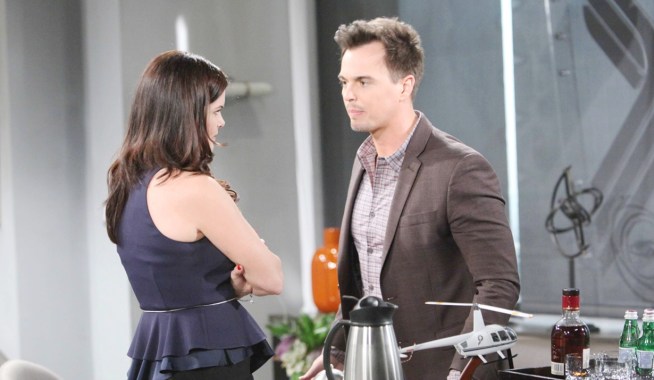