Monday May 21, 2018: Bill lies to Liam, Wyatt wrestles with his conscience, and the Logan women enthuse about Hope's upcoming wedding. 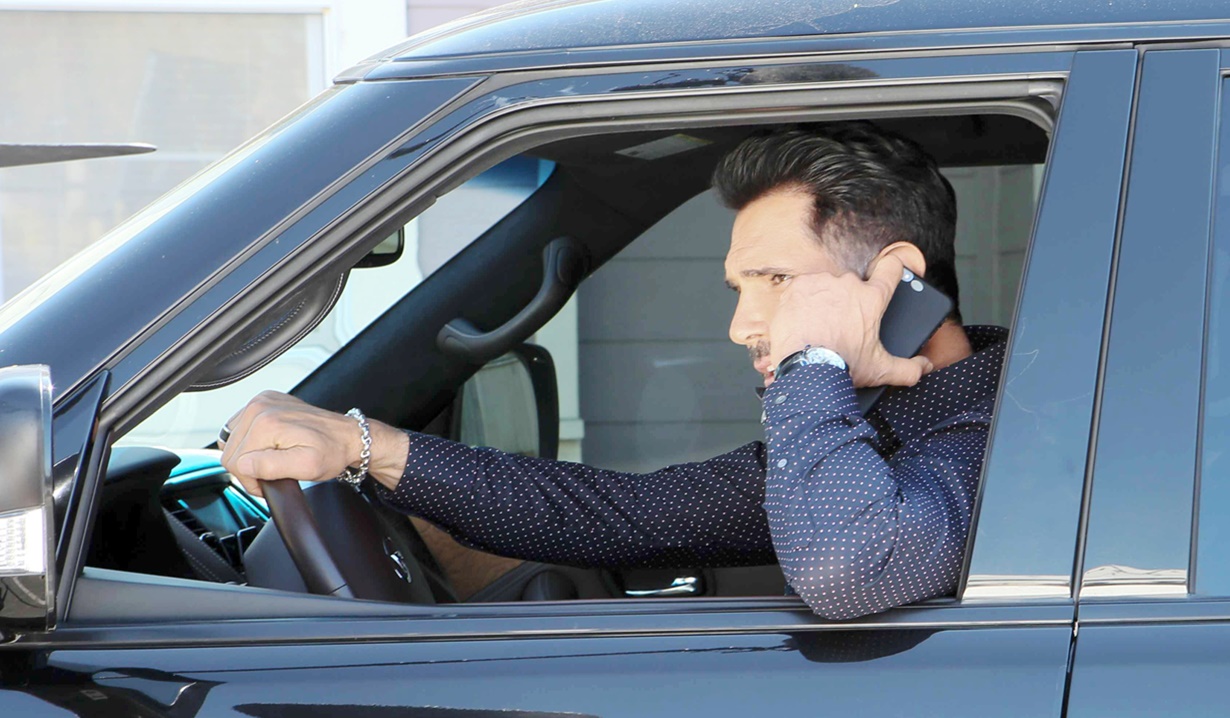 In the Spencer Publications parking lot, Liam reminds Wyatt the stakes are high, and he wants to be sure about Steffy and Bill. Wyatt suggests maybe he shouldn’t get married right now. Liam trusts Wyatt, but wonders if there could be any other explanation for what he saw in the office. Wyatt gets a text from Bill wondering where he is, and nearby, Justin spots Wyatt with Liam and calls Bill, who is just getting in his truck to head there, to let him know his sons are talking. Meanwhile, Liam asks Wyatt again for confirmation that Steffy and Bill are together – this is changing the course of his entire life, and his daughter’s. Wyatt muses that Liam’s right; he does need to know the truth. Bill pulls up and hollers, “Hey, hey, my boys!” He enthuses about Liam marrying the woman he was always meant to be with. Liam says he’s out of there. Wyatt calls at him to wait, as Bill gives a warning look. Liam turns back, and Bill lets him know he was at the cliff house with Steffy. Liam doubts him, so Bill pulls out the painting he took as proof. Liam leaves. Bill tells Wyatt that Steffy wants him and they’re meant to be. He gives Wyatt the priceless work of art for his loyalty.

Inside Spencer Publications, Wyatt broods as the painting’s hung in his office. Wyatt tells Bill he’s not sure he can do this. Bill declares Wyatt will have his back, but his son argues he’s not for sale and frets over Liam being manipulated. He knows Steffy wants to be with Liam – this is wrong. Bill retorts that Liam belongs with Hope, and Steffy just isn’t ready to admit she wants him. Wyatt feels he’s making a deal with the devil. Bill beams and says Wyatt will one day own all of this.

At Forrester Creations, Brooke tells Hope the caterers will be arriving in the morning. Hope wants to help with the work, but Brooke insists she’s enjoying this labor of love. Hope gushes about getting married to Liam. Brooke assures her nothing will spoil her beautiful day. Katie joins them and exclaims that the bride-to-be is all ‘glow-y’. She reiterates that nothing should interfere with Hope’s happiness. Hope can’t help but feel bad for Steffy, but Brooke reminds her she made choices that got herself there. Katie thinks Liam is far better off with Hope than Steffy, but looks distressed as she flashes to Wyatt wanting to tell Liam the truth. Hope asks if everything’s okay. Katie reassures her with a hug. They all agree no one will take on the Logans and mess with the wedding. Hope notes there could be drama in the future, but she and Liam will deal with it. She can’t believe Steffy is still seeing Bill. Talk returns to the wedding. Hope feels it’s not a mistake and she and Liam will have the future they were meant to have.

Steffy tells Liam the name she’s chosen for their daughter.