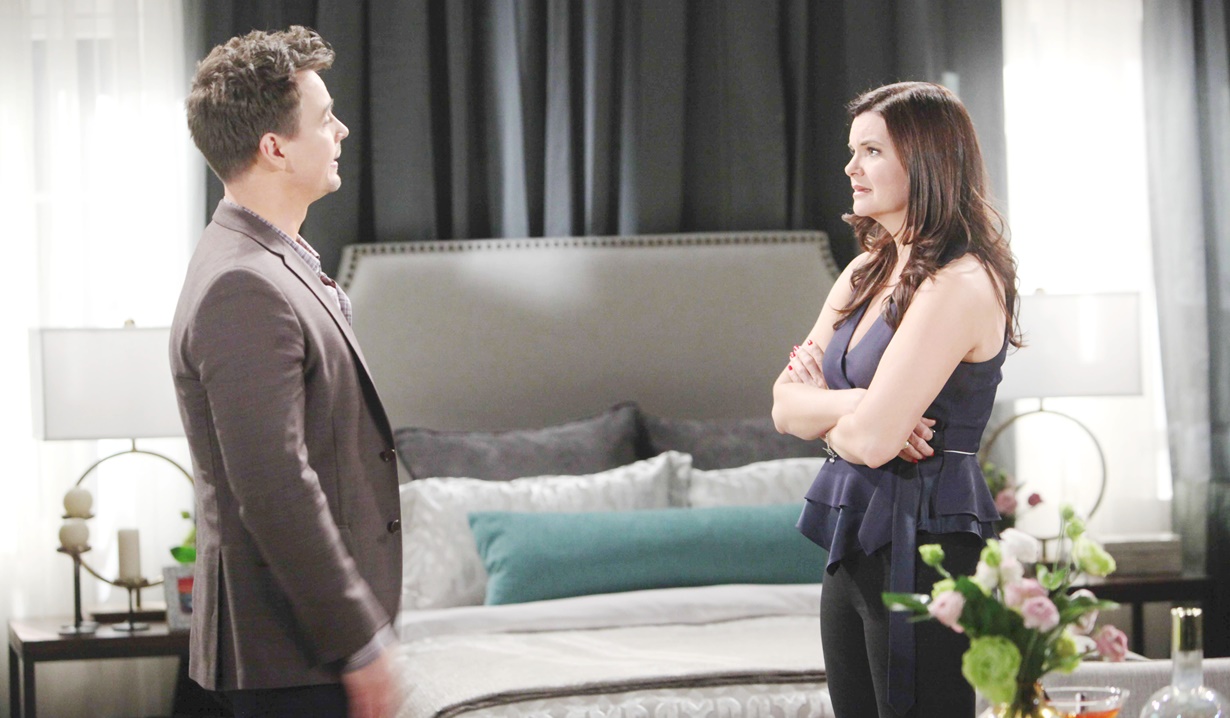 At Spencer Publications, an irritable Bill blames Justin for Wyatt overhearing their conversation and learning the truth. He reveals he has no idea what his son will do or where he’s headed. Justin feels certain he’ll tell his brother, but Bill still hopes he got through to him. He reveals he sweetened the deal with a new ride. Justin marvels that Bill handed over his vintage car. Bill had to think on his feet. Justin muses, “You bribed him.” Bill rehashes the arguments he made for Wyatt to keep quiet. Justin questions the lengths he’s going to get Steffy, who will never speak to him again if she learns what he’s done.

At Forrester Creations, Ridge stops Liam to have a word about Steffy. He presses Liam to take a step back and insists he doesn’t have all the information – Bill and Steffy are not involved. Ridge wants to know why everything changed. Liam flashes to Wyatt telling him about Steffy and Bill’s interlude. Ridge mutters that Liam’s being played…by Bill. They debate the issue. Ridge wishes there was a way to make Liam see the truth. Outside, Katie meets Wyatt and wonders why he has Bill’s favorite car. Wyatt relays his father gave it to him…to keep quiet. He rants about Bill scheming and playing with peoples’ lives – he needs Katie’s help. They go inside, where a shaken Wyatt continues rambling about his father and the lengths he’ll go to, to get what he wants – Steffy. Wyatt spills the story of how he was duped by Bill. Katie and Wyatt concur that Liam’s decision was based on a lie. Wyatt feels he must tell Liam the truth, but Katie argues that Steffy betrayed Liam and he wouldn’t be able to trust her. She feels Hope and Liam belong together. Wyatt reminds her of the baby. Katie’s certain they’ll co-parent just fine. She thinks it’s Wyatt’s time to claim his place, and urges him not to say anything.

In Malibu, Steffy thinks about Liam and cries. Bill shows up and asserts that Liam is never coming back; he’s moving on and she needs to do the same by giving them a chance. Steffy states that Liam thinks something is going on between them, and demand to know what he’s done to make him believe that. Bill won’t deny his love for her. Steffy retorts, “I don’t want you.” Bill keeps pushing for a future together, and wonders why she’s doing this to herself and the baby – he will protect her. Steffy warns him not to touch her when he tries. Bill talks about their night together as Steffy protests.

Bill seeks a future with Steffy.