Friday May 11, 2018: Steffy questions Liam’s choice, Justin appeals to Bill, and Brooke lashes out at Steffy. 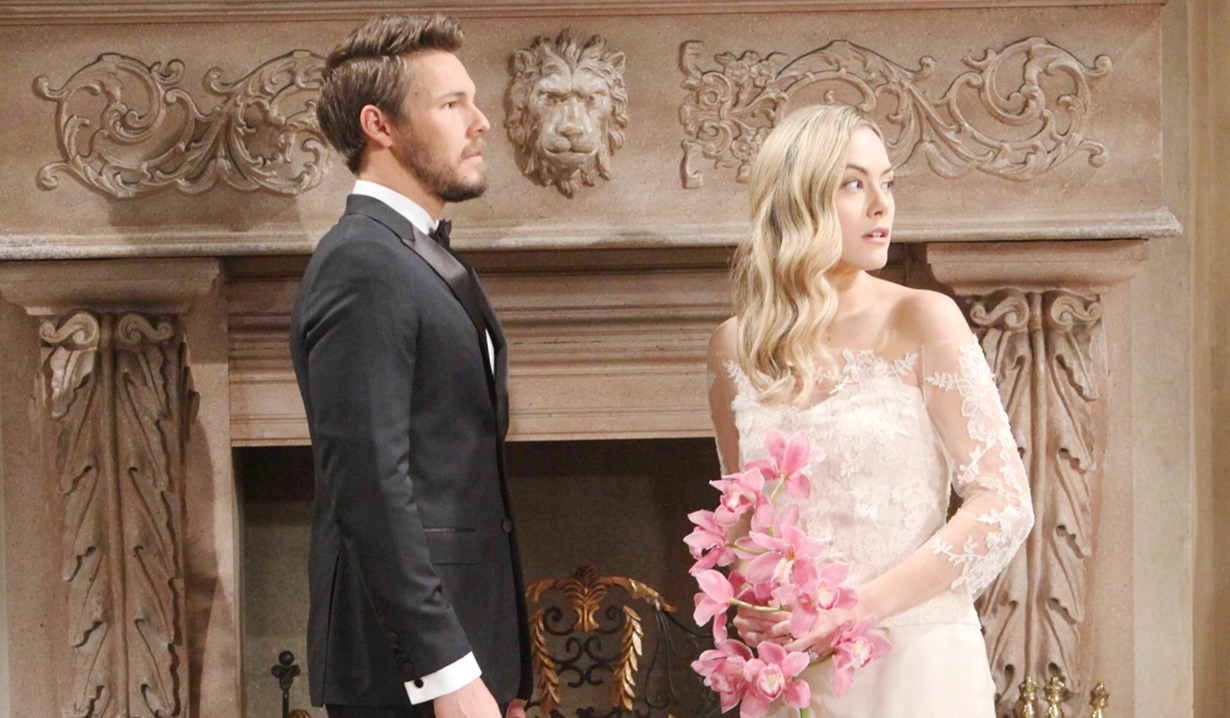 At the cliff house, Steffy questions how Liam could possibly know what he wants minutes after filing annulment papers. She wants him to push his wedding plans until after the baby comes, and reiterates nothing’s going on with her and Bill. Liam flashes to Wyatt describing the scene in Bill’s office. He can’t trust Steffy with his heart again. Steffy talks about the life they could give their daughter together, and presses him to tell her what happened after he sent the flowers. Liam just made a choice. Steffy observes that Hope is safe, and not what he really wants. She wants him and their family. Liam declares it’s too late – Hope is his only shot at a happy future. After Liam leaves, Steffy phones Forrester for Ridge, but Pam informs her he’s out.

Justin and Bill are debating Spencer’s actions in the office when Ridge bursts in and demands to know what Bill did. He rails that Liam believes something’s going on with Bill and Steffy, which is gross and ridiculous. Bill thinks filing the annulment papers will give Liam time to reflect, but Ridge reports he’s proposed to Hope. Bill muses it’s about time. Ridge wants him to tell Liam there’s nothing going on with him and Steffy. He’s taking the high road in not slamming Bill’s head in the filing cabinet and wants Bill to do the same by clearing things up with Liam. “Do it for your granddaughter.” After, Justin appeals to Bill – why is he doing this? Bill thinks Liam’s meant to be with Hope, and adds Steffy wins the biggest prize – him.

At Brooke’s place, Hope isn’t sure about her mother’s suggestion to marry Liam right away, and points out Steffy’s only fighting for her family. Brooke isn’t feeling charitable toward her stepdaughter anymore. Hope doesn’t want to plan a quickie wedding out of fear of Steffy, but admits she wants this as much as Liam does. Brooke giggles and says, “Brooke Logan, wedding planner, reporting for duty.” They squeal as Hope asks her mother to be her Matron of Honor and Brooke accepts. Hope wonders about Ridge designing her a dress. Brooke has an idea. Later, Hope appears in Brooke’s wedding dress – she’s honored to wear it. They imagine Liam standing by the fireplace for the wedding. Steffy arrives, and asks if they’ve no shame at all. Arguing ensues. Steffy realizes the plan is to trap him while she’s pregnant with his child – it’s a disgrace. Brooke spits that the only disgrace is her having sex with her father-in-law. She had to put up with Taylor’s holier-than-thou attitude and won’t allow Steffy to do this to Hope. They go back and forth about whether Liam should wait to marry Hope. Steffy didn’t think Hope was a homewrecker. Brooke seethes that Liam and Hope will be married and there’s no way she will let Steffy stop them.

In the cabin, Liam looks at photos of Steffy and grimaces. “It wasn’t easy letting you go.” He then hears Wyatt’s voice saying Steffy’s still with their father.

Justin gets an attack of conscience.