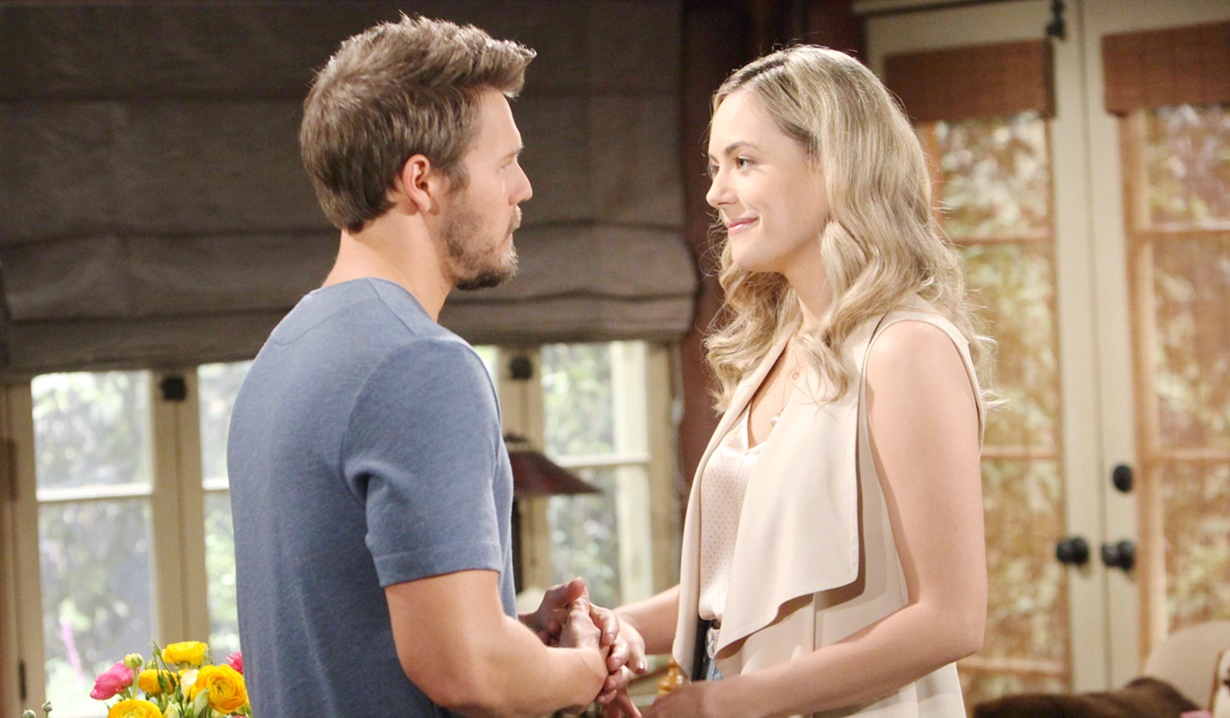 In Bill’s office, he informs Justin that he and Steffy will be together, and the sooner Liam realizes that the better. Bill is expounding on how he’ll be able to commit to Steffy better than Liam ever could, when Wyatt walks in. He lets loose on Bill being the reason Liam couldn’t commit.

Ridge arrives at the cliff house and questions Liam not being there despite the bouquets of flowers. Steffy shares that Liam decided he didn’t want her. Ridge is bewildered. Steffy explains he still thinks something’s going on with her and Bill – she can’t understand what would make him believe something so horrible. Steffy goes on to say Liam found out she and Bill embraced at Spencer Publications. Ridge is irked that she’d do that, but decides he’ll talk to Liam. Steffy feels he’ll only talk to Wyatt, so she calls him, and asks him to talk to his brother on her behalf, and convince him there’s nothing going on between her and Bill. Wyatt tells her she’ll get over it and disconnects. After, Steffy cries. It kills her that Liam thinks she would betray him again, and laments that it all goes back to that one horrible night with Bill. At Spencer, Wyatt reports to Bill, “No more Steffy and Liam.” He wonders why Steffy is lying – she said nothing was going on between her and Bill. Bill shrugs that perhaps she’s not ready to admit what she really wants. He assures Wyatt it won’t be long before Steffy’s looking back and wondering why she was desperate to save a marriage that wasn’t working.

In the cabin, Liam, still upset, flashes to Wyatt describing Steffy’s supposed dalliance with Bill. Hope enters and expresses acceptance about his decision to go back to Steffy, but Liam says he can’t be with his wife because she’s still seeing Bill. He explains that Wyatt saw them in an embrace – Steffy and Bill have a connection and it’s inevitable they’ll be together. He doesn’t want to be a spectator to the secrets and lies any more. Hope agrees he deserves better, and is sick of how Steffy treats him. She’s proud of him for making the right decision. Liam thinks Hope returned because she sensed he needed her. He’ll file the annulment papers and get back to where he was with Hope’s help. Liam knows Hope wouldn’t have done what Steffy did, and admires and respects her. He needs the peace she brings him…forever. Liam says, “Marry me.” Hope tearfully replies, “Yes, I’ll marry you!” They kiss.

Bill arrives at the cliff house, where Steffy asks why Liam would think something is going on between them. Bill feels maybe Liam knows there should be. He wants to make a life together and starts in about Hope and Liam belonging together. Steffy states she’s in love with Liam, but Bill thinks she’s in love with an idea. He suggests she let Liam be with Hope while they build a life together. Bill urges, “Be with me, Steffy.”

Bill makes his move on Steffy.