Thursday May 3, 2018: Ridge shares news with Brooke, Wyatt lashes out at his father, and Brooke consoles Hope. 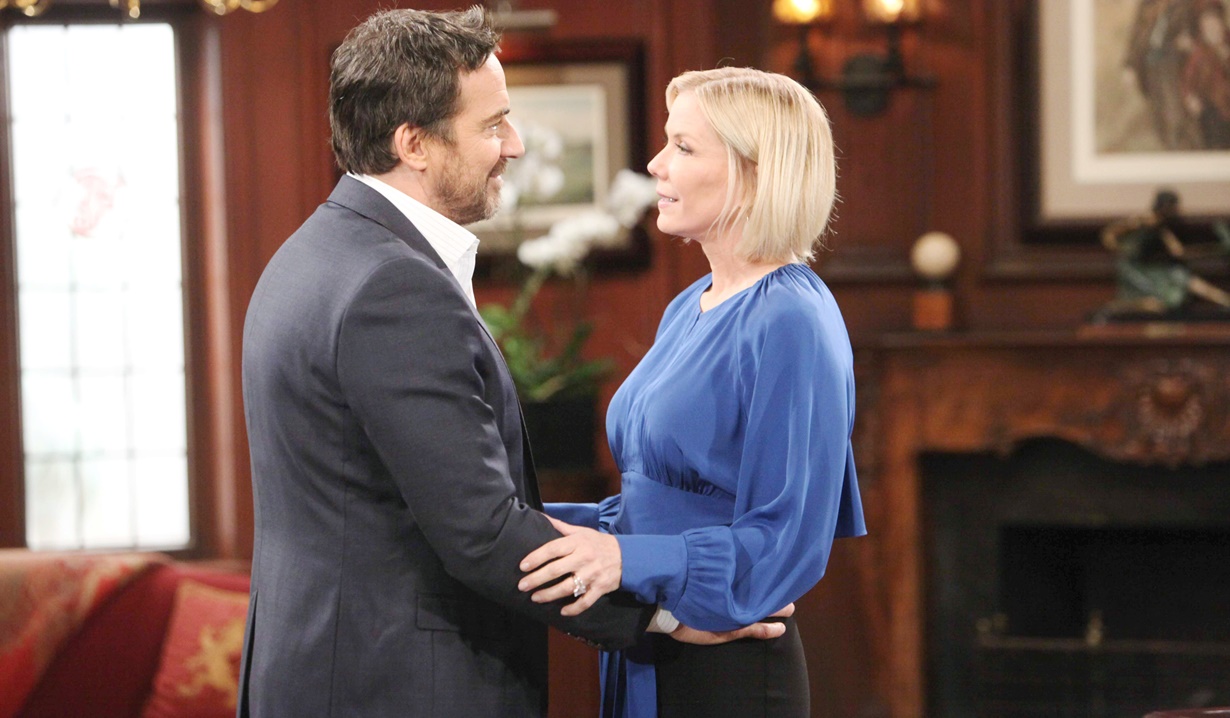 At the cliff house, Liam accuses Steffy of not being able to stay away from Bill, and complains that she let his father touch her. Steffy reminds him she was grateful, then explains that the shooting was the reason the embrace took place – the person who shot Bill has everything to do with this. Liam asks, “Are you saying you know who shot my father?” Steffy reveals Bill is protecting someone she loves, and says, “It was my mom.” Liam reels. Steffy describes how Taylor came to town and snapped, and how she begged Bill not to call the police. Liam marvels that she and Bill have kept this secret. He realizes that Bill agreed not to press charges for Steffy – he’s doing it for her. Liam feels Bill has control over her now and will use it to get what he wants – her. Steffy protests. Liam wonders what else she hasn’t told him. He flashes to Wyatt talking about candles and blankets, and says he knows there is more, and she has secrets. He can’t live that way. Steffy insists there are no more secrets; she’ll never let what happened with Bill happen again. Liam repeats he can’t do this – they’ll raise their kid with love but he can’t be her husband. It’s too much pain and suffering; he has to move on. Liam leaves as Steffy cries, “What is going on?”

In Bill’s office, Wyatt rants at his father about his actions, and wonders how Steffy could do this to Liam. Bill muses that Liam wouldn’t have believed it from coming from him, so it’s good Wyatt told him. Wyatt hollers about Bill carrying on with his son’s pregnant wife and not even caring about the effect on Liam. Bill insists he cares, but feels it will all work out in the end. Wyatt goes on that Liam deserved to know the facts – when he heard about the couch and lipstick on the pillow he was done. Wyatt thought he knew Steffy, but she lied to Liam’s face. “I just don’t get it.” Wyatt goes as Justin enters. Bill updates Justin that what they did worked. Justin balks, and repeats, “This just isn’t right, Dollar Bill.” Bill states that Liam is with Steffy now, and he believes it will be over between those two.

Ridge greets Brooke with a huge kiss at Forrester Creations. She gets the feeling there’s something going on. Ridge reveals he spoke to Liam – he’s going back to Steffy. Brooke notes he must be happy for his daughter. She says part of her is glad for him, but the other part is devastated for Hope. Ridge knows Liam will be sensitive when he tells Hope. Hope appears, and asks, “When Liam tells me what?” She guesses that Liam’s going back to Steffy. Brooke soothingly says Ridge spoke to him earlier. Ridge is sure he’ll find her later. Hope tears up as Brooke pets her hair and croons, “Oh, Honey.” Hope thinks that Steffy will break Liam’s heart again with Bill.

Check it out! On this day in soaps, May 3, 2007 The cops eyed Nick Marone as Shane McGrath’s killer.