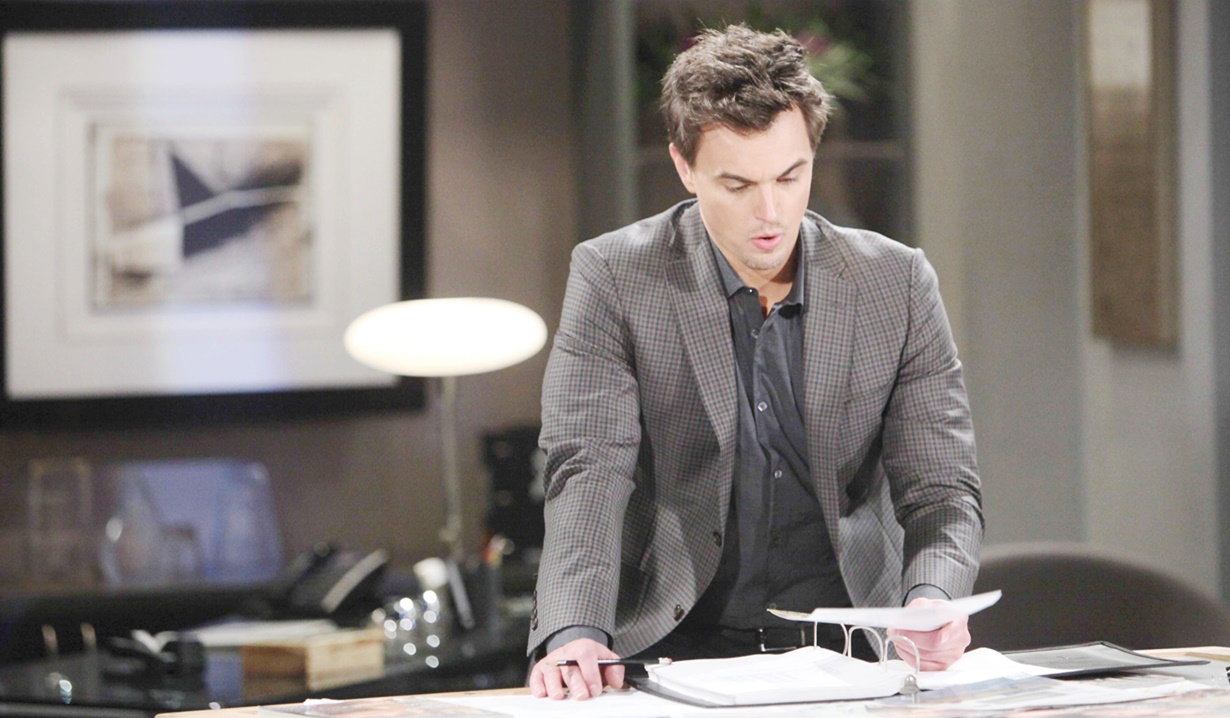 In Bill’s office, Justin updates his boss that he did what he asked with the candles and pillows. He’s unsure about his actions, but Bill’s pleased – Wyatt has to be convinced. Wyatt appears so Justin files out. Bill senses he’s upset and hints that he should be with Steffy, and Liam will be with Hope, where he belongs. Wyatt questions his father about his meeting with Steffy last night. Bill reports she bought the cliff house, then pretends to be caught out on having sex with her. Wyatt protests that she’s pregnant with Liam’s child. Bill tells his son they tried to fight it. Wyatt goes off, and hollers about how it’s horrible what he’s doing to Liam – he can’t even imagine what Steffy’s thinking. Bill feigns upset when Wyatt threatens to tell his brother, then decides it’s best he knows it will never be over between him and Steffy so he can move on with Hope. Later, Justin confronts Bill over using one son to ruin the other son’s marriage – it’s wrong. Bill insists it’s all good in the big picture, but Justin implores him to back off Steffy.

At Forrester Creations, Hope tells her mother that she’s feeling optimistic about her and Liam. She recounts how they kissed the previous night. Brooke notes the cabin is romantic. They rehash that he’s married to Steffy and she’s carrying his child. Hope knows he’ll reach a decision today, and wants him to be happy.

In the cabin, Liam flashes to kissing Hope then looks at the ultrasound photo and flashes to being with Steffy. Ridge comes to the door, looking to discuss Liam’s tough decision. He sees Liam’s connection with Hope, but reminds him he and Steffy are going to be parents soon. Ridge urges Liam to move past her mistake with Bill and go back home. Liam admits he loves two women. He knows he’d be happy with Hope, but it means walking away from Steffy and robbing his daughter of a whole and happy family. He wants to be with Steffy – he’s going home. Ridge, overjoyed, embraces him. Liam reveals he’s planning a surprise for Steffy. After Ridge leaves, Wyatt phones – he’s coming over. When he arrives, Liam announces he’s going back to Steffy. He believes Steffy that it was only one night with Bill, and wants a happy reunion. Wyatt blurts out his story – Steffy and Bill are still going on…behind Liam’s back.

Steffy’s surprised to see Taylor at her door in Malibu. Taylor’s worried about her daughter and asks how things are with her and Liam. Steffy tells her mother about the scary moment at the ultrasound they shared. She still has faith he’ll come home – if he does, it’s thanks to Bill. They discuss him holding up his end of the deal, and Steffy reveals he sold her the house. She’s taking her power back and showing Liam she only wants him. Two huge bouquets of flowers arrive from Liam with cards saying, “Here’s to forgiveness,” and “Here’s to love.” Steffy cries tears of joy with Taylor.

Bill brags to Justin about his plan’s success.

Justin Fakes a Romantic Scene to...