Monday April 30, 2018: Steffy makes an acquisition, Katie can’t believe what Wyatt tells her, and Liam settles in at the cabin. 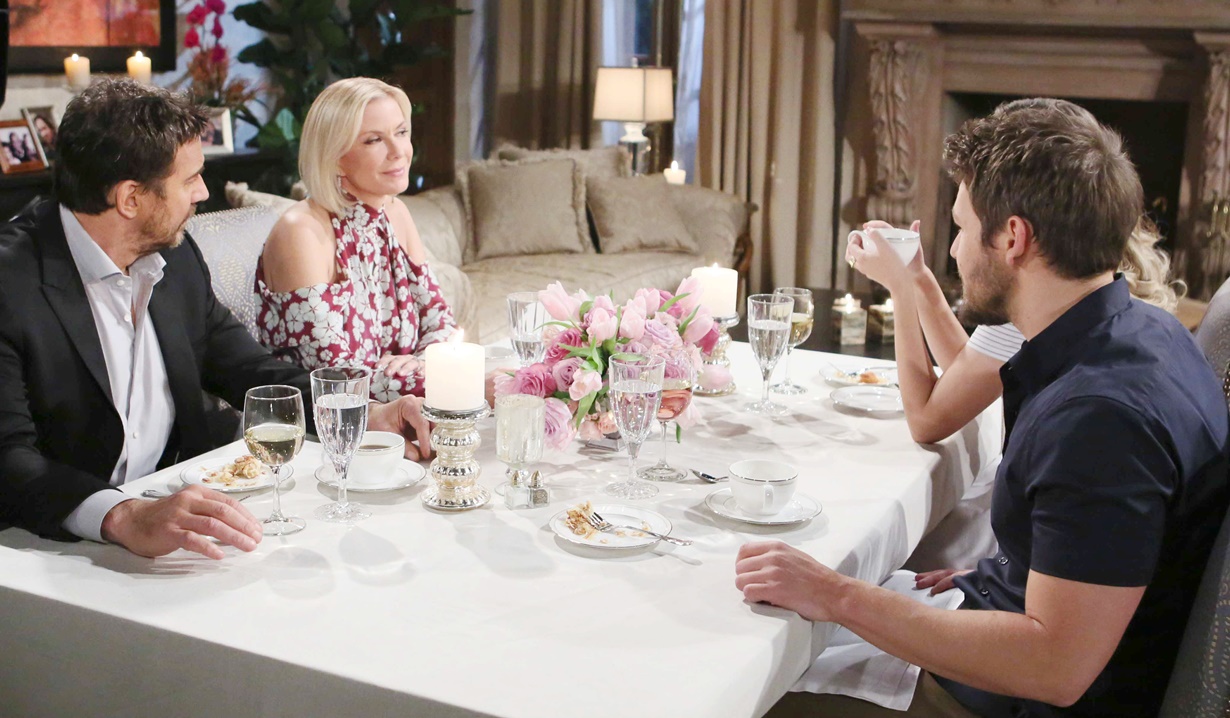 In Malibu, Steffy flashes to celebrating her pregnancy news with Liam, and then to telling him she wants nothing to do with Bill and has made an offer on the house.

At Spencer Publications, Bill is thinking about sex with Steffy when Justin enters with the paperwork for the cliff house. Justin muses that Steffy is getting quite a deal. Bill has another assignment for him and states, “I want you to do exactly as I say.” Justin is reluctant, and questions if Bill is sure. He is. Wyatt enters, so Justin goes. Wyatt asks for clarification on Bill and Steffy. Bill confirms it’s not over between them, and adds, “It never will be.” Wyatt asks what his father thinks he’s doing. Bill hints he’s the reason she signed the annulment papers, and suggests if Wyatt’s concerned about Liam, he should tell him what’s going on. Later, a tense Wyatt updates Katie that Steffy is with Bill in his office. They bicker about his contention that something is going on between them. Katie says Bill lies, but Wyatt argues he heard it with his own ears. Katie can’t believe it. Meanwhile, Steffy informs Bill she wants to get the signing of the house paperwork over with and reminds him she’s doing this for her family. Bill pointedly asks, “How is your mother?” Steffy hopes Liam won’t file the annulment papers. Bill brings up the shooting again. Steffy is grateful for him keeping the secret. Bill says he let her mother go because he loves her. Steffy doesn’t want him to say that, but he goes on about the life they could have together. Steffy protests, “Stop.” They sign the paperwork and Bill walks her out. Justin enters the office with flowers and a gym bag. Wyatt looks out into the hallway as Bill, asking Steffy for a little gratitude, hugs her. Wyatt then enters Bill’s office, where Justin’s made it look like Bill and Steffy had sex. He gasps, “Oh my God.”

At the dinner table at Brooke’s place, Hope wants Liam to feel at home there. Ridge brings up Steffy as they discuss vegetarian takeout. He then asks about the plan for Forrester to give scarves out for free. Hope and Liam explain. Brooke thinks Hope for the Future is lucky to have Liam – he and Hope make a fabulous team. Liam thanks them all for making him feel welcome. Ridge says they’re happy to give him temporary housing while he makes his decision. Brooke and Hope add no one will pressure him or try to influence his decision. Liam knows he has to make a choice. After, Hope joins Liam in the cabin. He credits Wyatt with helping him move in – they’ve both been so great. He feels calm and serene, but wishes he could promise Hope it would be worth it in the end. Hope’s just glad he’s happier. Liam weighs his options – he believes in forgiveness, but what Steffy did still haunts him and the pain won’t fade. Hope kisses him. She knows how hard this is, and what’s at stake, and will support him no matter what he decides.

Bill’s plans cause Justin’s conscience to bother him. 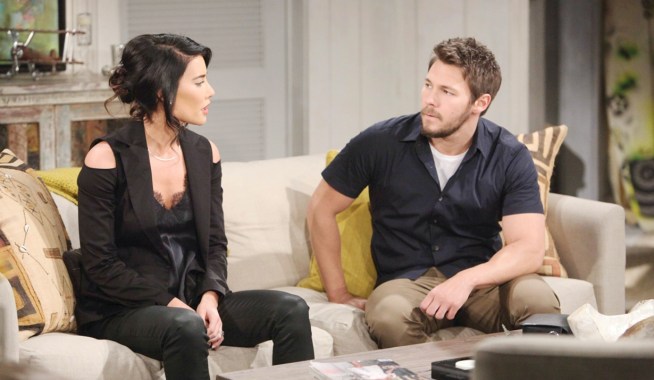 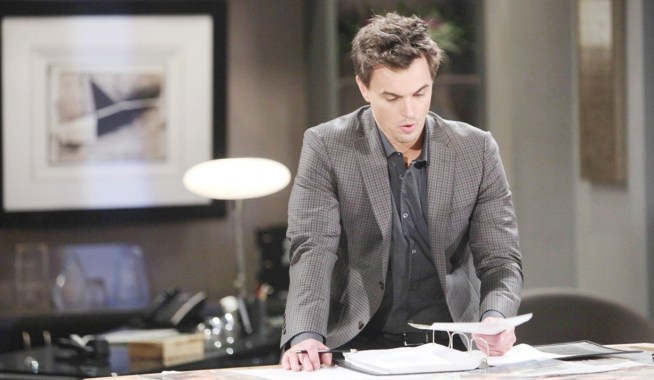