Friday April 27, 2018: Steffy wants another shot with Liam, Hope and Brooke discuss the future, and Wyatt updates Bill on his love life. 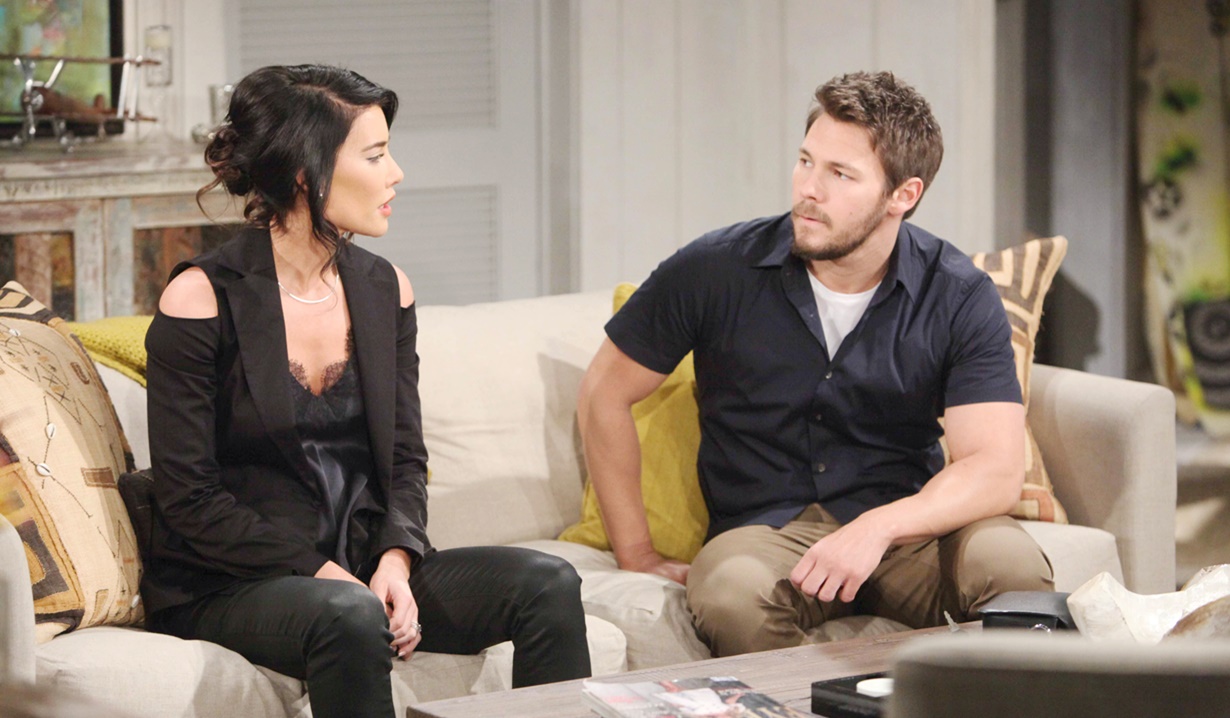 At the cliff house, Steffy asks Liam to stay for a while. They reflect on the scary ultrasound experience. Steffy thanks him for being there. They admire the ultrasound photo and can’t wait to meet their daughter. Steffy broaches the topic of Liam moving to the cabin on Brooke’s property – he could have stayed there, in the guest room. Liam says Hope is trying to help, but Steffy insists she has an agenda. Liam isn’t up for discussing it. Steffy asks if he plans to file the annulment papers and move on with Hope after all they’ve been through. Liam’s conflicted due to broken trust. He loves her, but sees her and his father. Steffy shows him baby clothes and a photo of them she’ll put in the baby’s room. She doesn’t want Liam in the cabin, she wants him there, and insists Bill means nothing to her. Liam wishes he could just snap his fingers and forget. Steffy places his hand on her belly, but Liam pulls away and says, “Not yet.” Steffy cries.

At home, Brooke notes Hope seems quiet. Hope’s wondering why she hasn’t heard from Liam and frets about needing a time if she’s to get dinner ready. The women discuss Steffy being a part of Liam’s life. Hope finds it increasingly difficult to believe Steffy is the best thing for Liam, and can’t help but look ahead at a possible future with him. Brooke warns a future with Liam could be more difficult than she thinks. Hope counters if she believed Steffy would do right by Liam, she’d back off, but she doesn’t.

At Spencer Publications, Bill tells Justin it’s time for him to get his life back. Wyatt arrives and the trio discusses extra security at Bill’s home. Bill’s not concerned and scoffs that Detective Sanchez seems tailor made for this investigation. Once Justin exits, Wyatt updates Bill that he did as asked and terminated his engagement to Katie – he expects his father to hold up his end of the bargain. Bill chortles that marrying Katie would have been a terrible mistake and he’s glad he doesn’t have to write Wyatt off. He confirms the company will eventually be Wyatt’s, then fishes to find out what he knows about Liam. Wyatt mentions Steffy finally signed the annulment papers, and finds it sudden and weird. He adds that Liam is moving into the cabin at Brooke’s place. Bill opines that Liam and Hope are ‘inevitable’. Wyatt can’t make sense of Steffy not fighting. Bill wants Wyatt to do one more thing to prove his loyalty. He alludes to Steffy not being honest with Liam, but Wyatt doesn’t believe it. Bill gets a call from Steffy and puts it on speakerphone. Wyatt listens as Steffy asks to meet and thanks him for keeping their secret. Bill allows Wyatt to think they’re seeing one another and encourages him to tell Liam the truth. After, Bill flashes to sex with Steffy and says, “She will be mine.”

Steffy’s unnerved by Bill’s talk about the future. 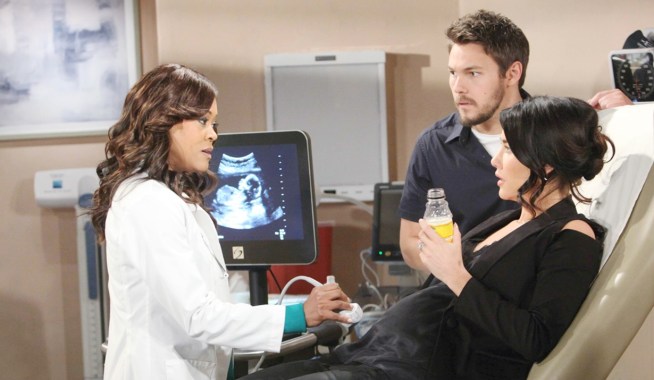 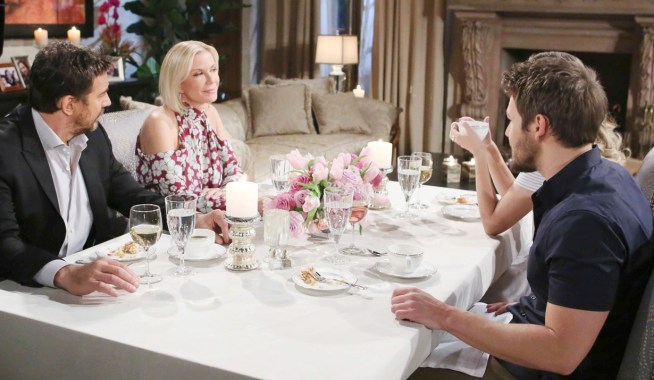