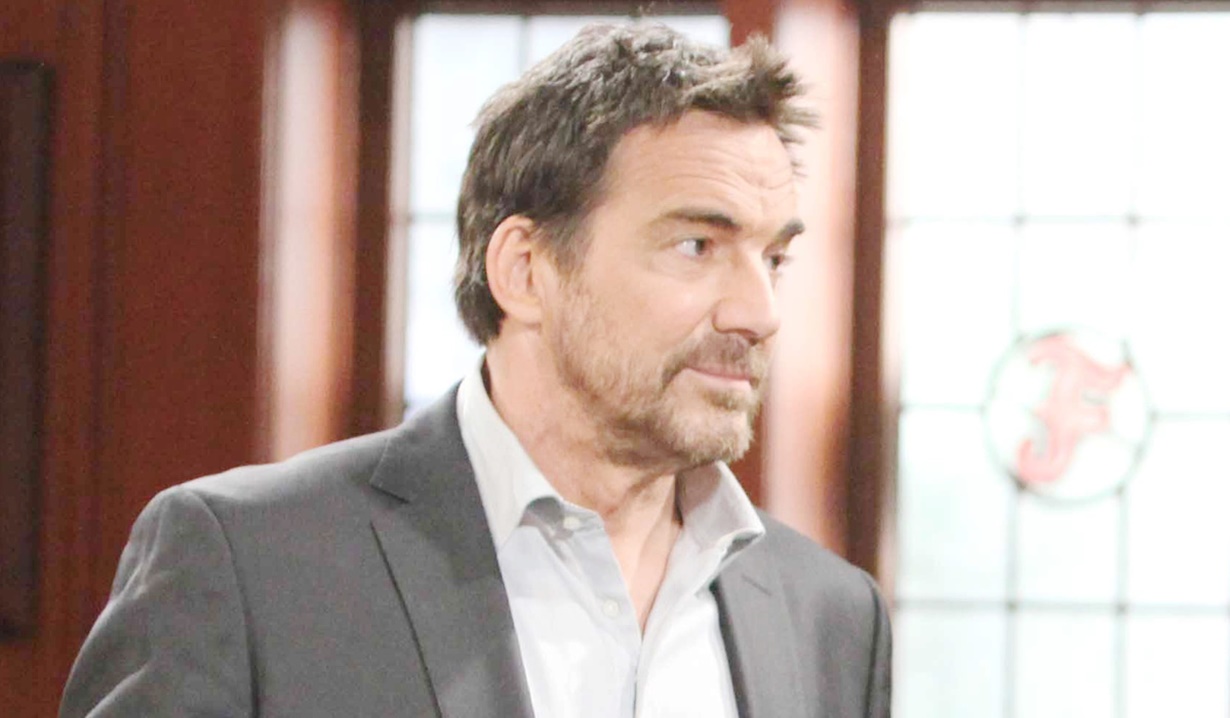 In the Forrester design office, Steffy insists to Hope that Liam will be with her, especially when the baby comes; whatever she’s trying to do won’t work. Hope protests she was just trying to be a good friend. Steffy suggests if she wants to be a good friend, she should send Liam home to his wife. Talk turns to the annulment papers – Steffy knows Hope saw it as an invitation, but she warns she’ll regret inserting herself as they won’t raise their child in a broken home. Hope advises Steffy that Liam’s on his way for a meeting. Steffy mulls over joining in. Hope isn’t sure it’s appropriate. They resume arguing about where Liam should live and whether he’ll return to Steffy. Hope feels he deserves decency and goodness. Steffy wondered when they’d get to that and says, “Maybe you’re not as good and decent as you like to think.”

In Ridge’s office, he tells Liam he thinks of him as a son, not only because he’s moving in, but because he’s married to his daughter. He hasn’t given up on the union and hope Liam won’t either. Liam says he hasn’t made a decision about the marriage yet. Ridge reminds him his vows said for better or worse – he made a commitment to his wife and daughter and should honor it. Ridge knows he’s being hypocritical, lecturing on marriage, but has learned from his mistakes. Liam will think about what he’s said. As Liam prepares to go, Ridge gives one more warning about what’s at stake, and notes she signed the annulment papers for him. Ridge says he can rip up the papers, or let his father win – he wants Steffy. He won’t allow Liam to hand over his daughter to that man. Liam promises not to drag it out. Later, Ridge finds Steffy thinking about happier times with Liam. She announces she sees through Hope and Brooke’s little plan to move Liam in. Ridge shares he urged Liam to give his marriage another chance. Steffy takes full responsibility, but notes having Hope back hasn’t helped. Ridge blames himself for encouraging Hope to return. Steffy just wants Liam to make his decision without Hope in his face. She gets an ultrasound appointment reminder and agrees with Ridge’s suggestion she should invite Liam to come.

In the design office, Hope chats with Emma, who is grateful to be working with her and Liam. She goes, and Liam tells Hope she’s swell for taking the intern under her wing, and compliments the designs. Hope enthuses about Thorne’s scarves, a fun accessory. Liam suggests every time a client buys a scarf, another matching scarf will go to someone in need. Hope’s pleased. Liam thanks her for giving him purpose. Hope thinks he’s coming back into the light. She updates him that Steffy thinks she’s manipulating him. He reassures her. They play with the scarves, and Hope urges him to file the annulment papers today so they can move on together. They’re hugging when Steffy arrives and asks Liam to join her at the ultrasound.