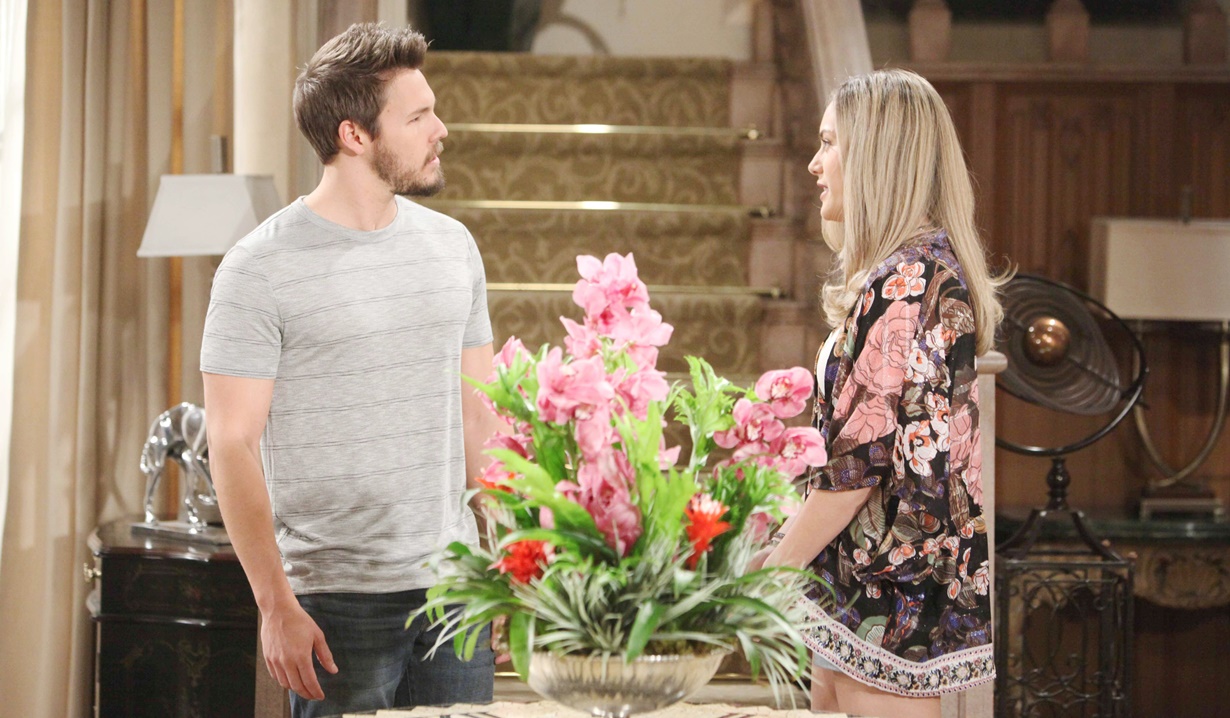 At the cliff house, Steffy updates Liam that she emailed Bill to make an offer on the house. She doesn’t want to live in it if he owns it; she wants nothing to do with Bill. Steffy hopes to still have their family there. They rehash the relief of knowing he didn’t shoot his father. Steffy asks one more time as his wife, and the mother of his child, “Can we start our life again?” She kisses him twice, but Liam pulls back. He wants to fix this, but can’t kiss her without seeing her with his dad. Liam still loves her, so this kills him. Steffy urges him not to file the annulment papers right away. If he tears them up, she promises he’ll never have to doubt her or their marriage again.

At Brooke’s house, Hope informs her mother she wants Liam to have closure and move on. Brooke states, “With you.” Hope feels Steffy should let him go, it would be the greatest act of love she could show him. Brooke wonders what would be the greatest act of love Hope could show him…to be there as a friend, or something else? Hope shares her idea that Liam should move in there to decompress. Brooke thinks it’s a wonderful idea, and tells Hope to let her handle Ridge. Later, Liam arrives, and confirms to Brooke and Hope that Steffy gave him the annulment papers. He’s unsure of his feelings or what’s next. Brooke suggests a change of scenery, and Hope invites him to move in there, and stay in the cabin. After Brooke goes upstairs, Hope says she’s not taking advantage of his situation with Steffy, she just wants him happy. Liam is unsure about making a huge decision about his wife and daughter while there, but wants to be around Hope. She hopes when he’s ready, they’ll move on together. Hope expresses her love and kisses him. share their ideas with Eric since Hope hasn’t been around. Eric thanks them. As they exit, Ridge arrives. Eric shares what the interns brought him and asks when Hope and Steffy will return to the office. Ridge doesn’t know about Hope, but says Steffy’s still going through a lot. Eric’s stunned to hear Taylor was in town but didn’t stop by. Ridge and Eric discuss Liam working with Hope when he and Steffy are trying to sort through issues. Ridge feels Liam and Steffy need space. Ridge arrives at Steffy’s house. She won’t discuss Taylor’s departure, so Ridge questions her about returning to Forrester. Steffy updates him on making an offer on the house, and breaks the news she signed the annulment papers. He wonders why she signed them. Steffy flashes to Bill and says she felt there was no choice. She’s hoping Liam won’t file them. Steffy loves him and vows their family will be together.

Wyatt and Liam have a talk. 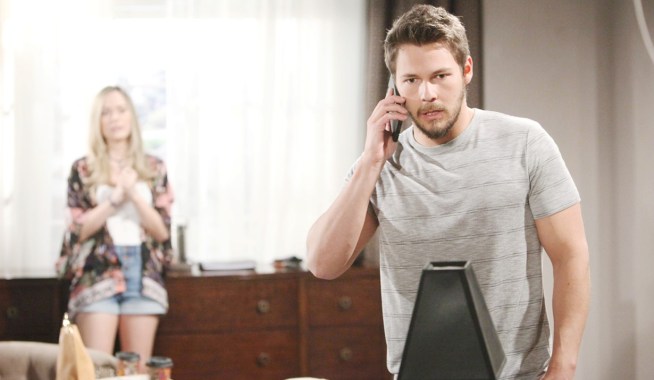 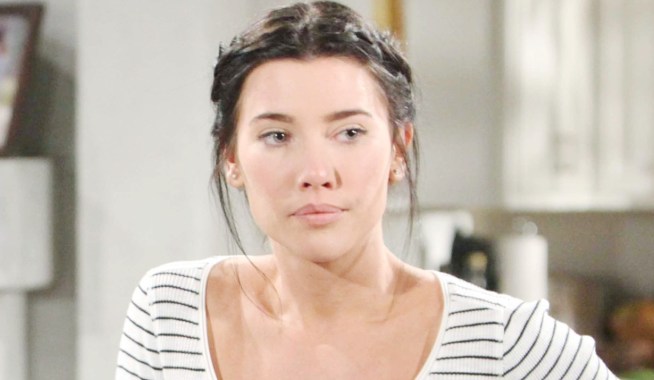