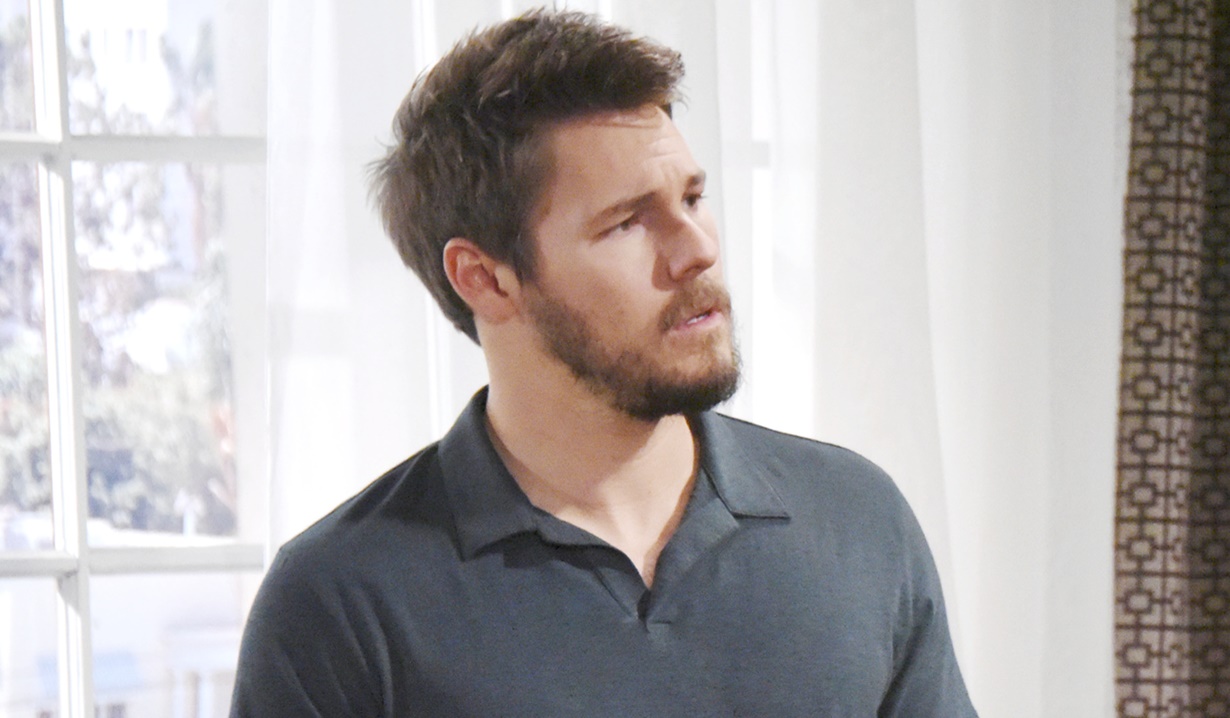 In Liam’s hotel room, he mulls over Bill changing his story again and refuses to believe Steffy’s contention that he didn’t shoot his father. Steffy reminds him he thought Quinn was his wife during his first concussion – that wasn’t true either. Liam continues to argue that he remembers shooting Bill; he feels his father just told her what she wanted to hear as he would say anything for her. Steffy alludes to Taylor helping Bill realize the truth, but Liam again cites his memories as proof he did it. Steffy verbally walks him through the night in question. When he recalls how quiet it was, Steffy reminds him the wind sounded like a freight train. Liam goes on to say he got in with his key, but he doesn’t have it, and Steffy points out he sent it back. She repeats, “It wasn’t you.” Liam suddenly seems open to the possibility he’s innocent. He decides he’ll talk to his dad, and thanks Steffy, who says she’ll always believe in him. They embrace.

At Bill’s place, he pours a drink and muses that Taylor looks like she could use one. Taylor hasn’t drank in years. They discuss Taylor’s need to get help. Taylor wonders if Bill will keep the promise he made to Steffy. Bill replies, “I don’t think I used that word.” Taylor pleads with him to be straight with her – should she expect to be charged? Bill says he’ll keep the secret that she shot him…for now. Taylor asks what the price of his silence will be; he’s bound to have one. Talk turns to him and Steffy. Bill barks that Taylor and Ridge need to stop making Steffy a victim. Taylor questions her daughter’s ability to consent under the circumstances. Taylor offers to disappear if he’ll stay away from Steffy. Bill points out she’s not in a position to make conditions. Taylor doesn’t believe Steffy wants him interfering in her marriage, but realizes Bill still wants her daughter. They bicker about what Steffy wants. Taylor warns she’ll fight for Steffy’s autonomy. Bill threatens to call Baker. Taylor asks if that’s really how he wants to win. Bill feels when Taylor cut him off from Steffy years ago, she cut her off from herself. He maintains Steffy chose him that night, and if Liam doesn’t want her, he does. Bill says he’s in love with Taylor’s daughter. Later, Liam arrives and Bill expresses relief that his son didn’t shoot him. Bill suggests Liam’s ‘memories’ are a revenge fantasy. He swears on Liam’s unborn child’s life that he didn’t put a bullet in him. Liam gasps, “It wasn’t me.” At Steffy’s place, Taylor announces she’ll be keeping a low profile – if Bill keeps his word it won’t be for her sake. She warns Steffy that her husband’s father is in love with her. Steffy knows. Taylor asks, “What are you going to do about it?” 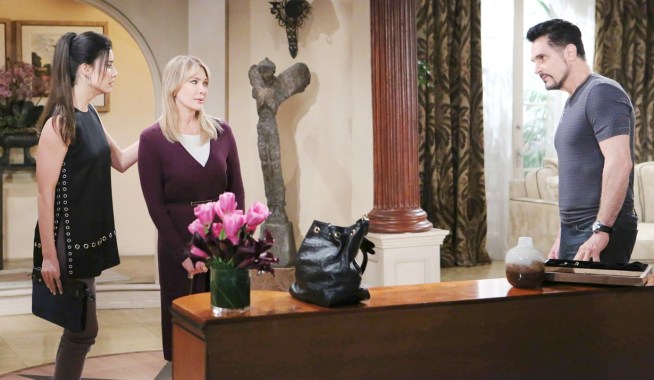 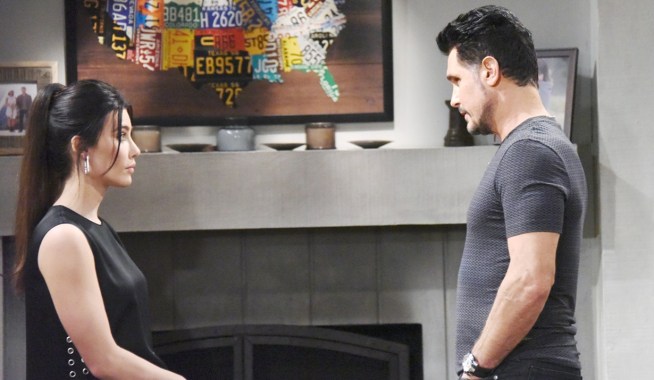