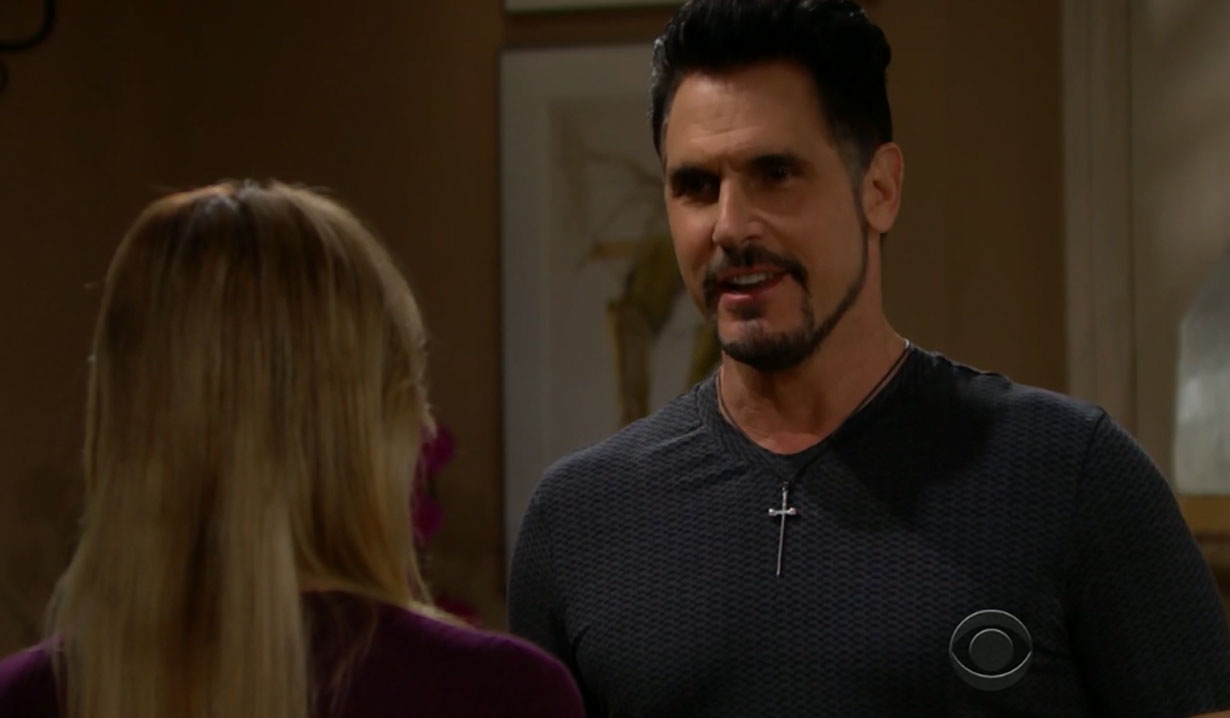 At Forrester creations, Liam confesses to Steffy that he tried to kill his own father. He explains he had a concussion and blocked everything out, but it is slowly coming back. He fills her in on confessing to Bill, which Steffy realizes is why her dad was released. Liam admits Hope also knows, but Bill hasn’t told the cops. Steffy asks him to tell her more about the concussion and what he remembers. Much of it is still a blur and he doesn’t even know how he got to Bill’s. Steffy believes perhaps Bill’s memories of the night and what Detective Sanchez told him about the crime caused him to create these memories. Liam calls her faith misplaced because he did it. She is sure his mind has convinced himself that he shot Bill, but she knows it wasn’t him and the real shooter is still out there. In Ridge’s office, Ridge and Brooke talk about Steffy, Liam, Hope and Bill. Brooke admits she feels a little sorry for Bill given someone shot him in the back and they are still out there. Ridge doesn’t care about him because what he did to Steffy was unforgivable. Ridge states Taylor agrees with him, and admits she is back in town. Brooke inquires as to when he brought Taylor into all of this. Ridge confesses as soon as it all happened. Brooke wonders why she didn’t come right away. Ridge doesn’t know, but feels Steffy needs her mother.

At the Spencer house, Bill questions Taylor about her cane. She took a fall, which is none of his concern. She shows him a photo of Steffy’s ultrasound and says this should have been the happiest time of her life but he couldn’t keep his hands of his son’s wife. She doesn’t understand how he could do this because he was Liam and Steffy’s biggest supporter. She wonders if he was lying or is just that messed up in the head. He snaps at her not to assess him like a patient. He wanted them together, but now he feels Steffy would be better with him. Taylor blasts him and cries that Steffy was emotionally wounded and Bill took advantage of her. She screams, “I hate you for it, I hate what you did to my daughter, I hate you!”

He acknowledges he has regrets for what he did, but if Liam doesn’t get over this and step up then he will be there for Steffy. He points out that Taylor hasn’t been there for her own daughter and even missed her wedding. She yells at him not to turn this on her, but he wonders why she didn’t come before now to protect Steffy from such an evil predator. Taylor reveals she did. She got on a plane the night Ridge told her and she came straight to this house. She recalls the wind that night, and the lights flickering. She walked into the house, saw him standing by the window, and then she saw his golden gun. She hadn’t planned on using it, but she picked it up, loaded it and aimed it at him. Taylor picks up the gun, loads it, and points it at Bill as he screams “Taylor don’t!” 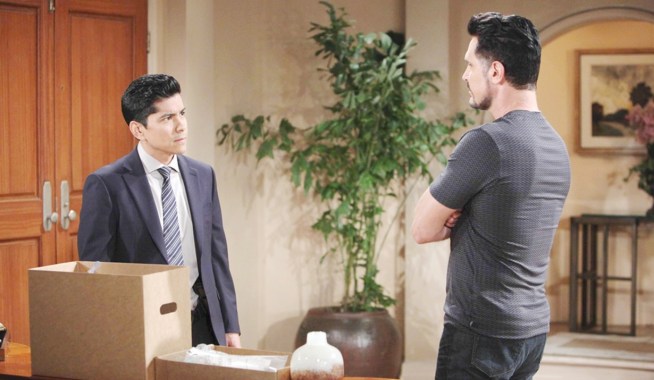 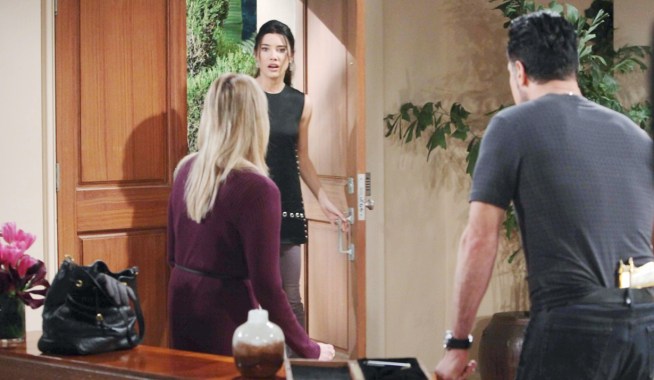