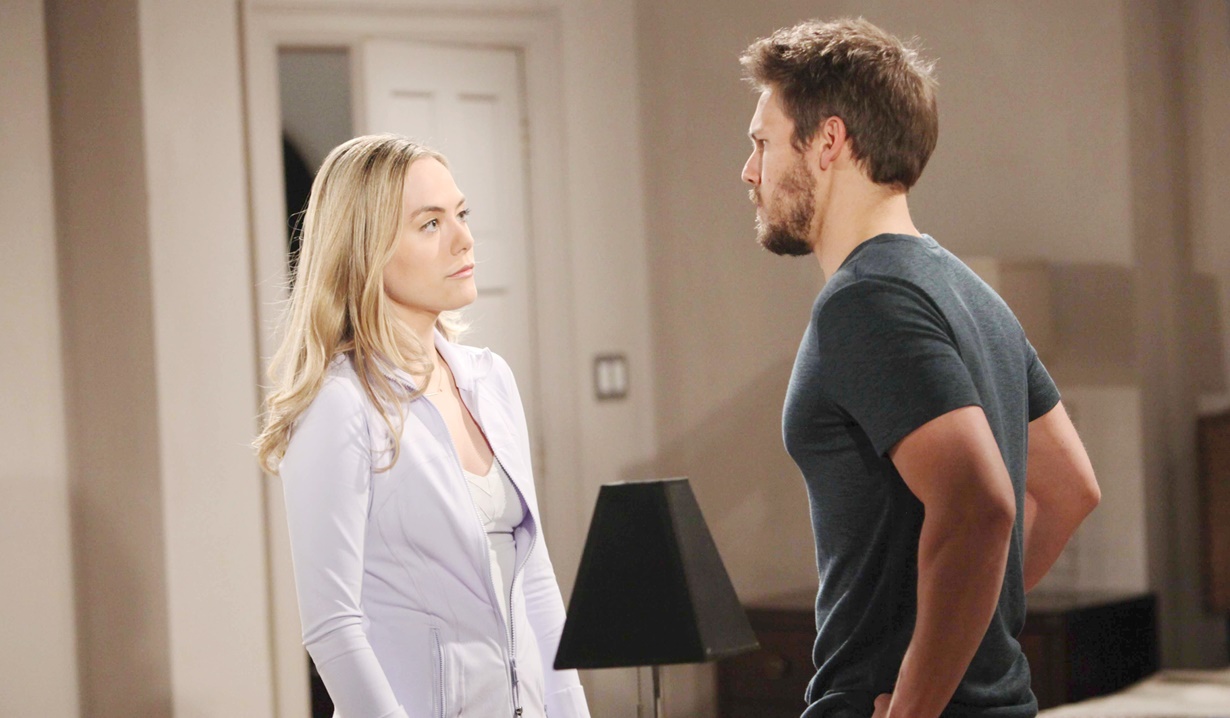 At Forrester Creations, Thorne enters the surprise celebration for Ridge. Brooke and Ridge follow and the assembled group, including Katie, Wyatt, Pam, Charlie, Steffy, Maya, Carter, and Eric, shouts, “Surprise!” Ridge jokes with them. Steffy wonders where Hope is at, and Ridge thanks Carter, a man you want to have on your side. Eric pulls Ridge aside to complain he scared him half to death. He adds, “Sometimes you remind me too much of your mother,” and they share an embrace. Thorne remarks jokingly that Forrester ran smoothly without Ridge as CEO. Eric jumps in to tease the CEO can be arrested but never convicted. They all toast in celebration of Ridge’s release. Maya decides to speak, since Rick is away, and informs Ridge that he’s a great boss. She lists his attributes and says they’re glad to have him back. Katie pipes up that she’s glad he married her sister so she can pick out his clothes again. Carter shares that he’s started thinking of Ridge as his big brother. Brooke gushes that she loves Ridge and they kiss. Later, Ridge tells Brooke it was the best party ever. They canoodle. Outside, Pam wonders why Hope didn’t come for the celebration and leaves Steffy thinking.

Liam awakens in his hotel room and finds Hope there making coffee. She didn’t want to leave him last night. Liam’s glad he didn’t wake up alone and have the realization he tried to murder his father again, but urges her to leave. He can’t understand why Hope’s not terrified to be around him given what he did. Hope knows him. Liam thought he knew himself, but clearly there’s violence in him he didn’t know existed and he feels she should stay away. At Hope’s urging, Liam makes an appointment to have his head checked. He then resumes his theme that he’s dangerous. Hope, irked, asks him not to stand there and expect him to be afraid of her. Liam feels the truth will come out, and he’ll have to tell Steffy if he’s going to have a family with her and stay married. Hope worries Bill never stops until he gets what he wants, and what he wants is Liam’s wife – his wife, who couldn’t say ‘no’. Hope stood by their marriage, but it’s all so toxic. Liam can’t blame anyone else for his actions. Hope thinks he has to find his way out even if he loves his wife, and pleads with him not to go back to that house or Spencer Publications. She thinks being there with him no longer feels like the past, but a new beginning. Hope presses Liam not to confess to Steffy and reminds him how she and Bill put him in the middle. Hope recalls how they were co-conspirators back in Aspen. She doesn’t like seeing Liam mistreated and professes her love after asking him to divorce Steffy. They kiss. 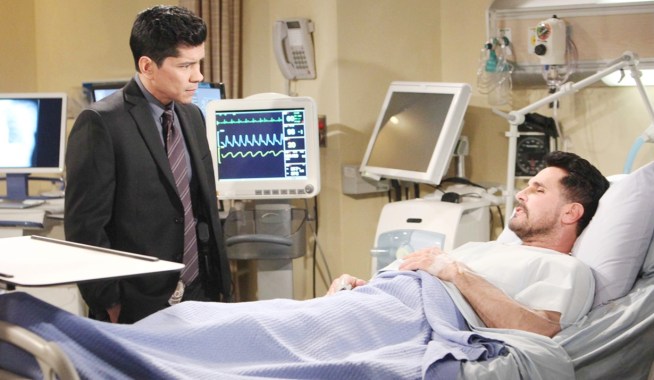 Steffy and Hope Pressure Liam to Choose Between Them 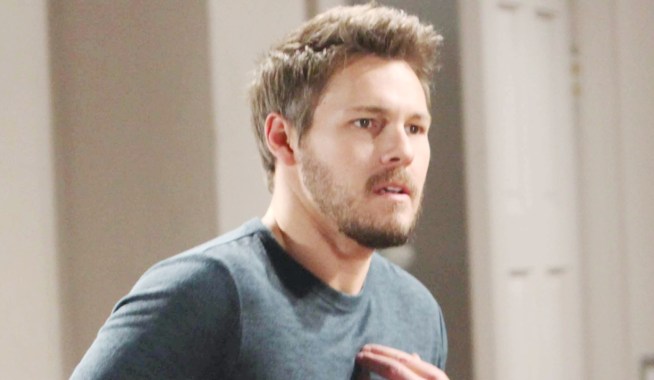