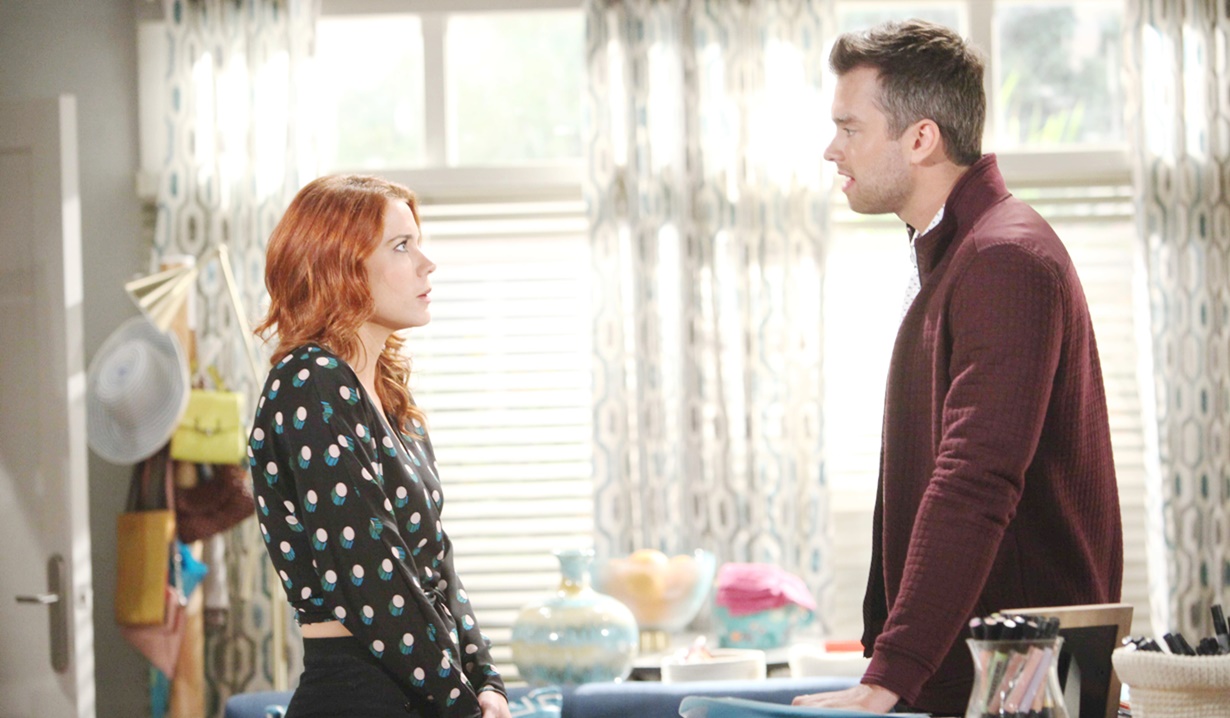 At the hospital, the doctor updates Steffy, Liam, and Hope on Bill’s condition. Liam looks haunted and wonders if his father is conscious on some level and recalls a bullet tearing through him – he doesn’t like that. Liam enters Bill’s room and says, “Hey Dad, it’s me. I’m here.”

Outside, Steffy tells Hope she didn’t expect this. Hope agrees, she’s surprised as well. The girls question if something good might come out of all of this. Steffy suddenly feels like someday they will have their marriage again. Inside, Liam informs Bill he never wanted this, even in his darkest moments. He tears up at the idea of not having his father. In the waiting area, Steffy and Hope discuss Bill. Hope muses that he’s not the sort to give up on what he wants. After, Liam talks to Steffy about his father not really seeming to be there. Hope watches as Steffy reassures him, admiring him showing his feelings despite what Bill did. Liam cries. Steffy hopes some of that love might come back to her.

At Spencer Publications, Justin tells Detective Sanchez he is possibly Bill’s only friend, although they don’t necessarily like each other. He thinks the shooter is one of his sons, or perhaps Sally Spectra. Justin describes how she just kept rearing her ugly head like a movie monster, and says her prints will be on the gun that shot Bill. Sanchez phones the station to have the prints run through the database. Justin further details the battle over the Spectra building, and how it led to Sally firing a shot at Sky. Sanchez gets word that the prints checked out. Justin suggests he might have found his shooter.

In Sally’s apartment, Thomas relays that he came to tell her the truth, she deserves that much.

Talk turns to Bill before they finally share an embrace. Thomas reveals he and Caroline are totally done, and asks Sally to come with him to New York so they can start their own fashion house. Sally grimaces – she can’t because of Saul and Grams. Thomas offers to give them jobs. Sally, overjoyed, just needs time to pack. There’s a knock – it’s Detective Sanchez. Thomas supposes he’s there about Bill Spencer, and behaves defensively as the detective tries to question Sally. Sanchez reveals her fingerprints on the gun are the reason he’s there.

Someone has a score to settle.

Sheila and Ridge Accuse One Another...