Thursday March 8, 2018: Accusations abound as news of Bill’s shooting spreads, Liam pleads with his dad to pull through, and Justin takes the CEO seat. 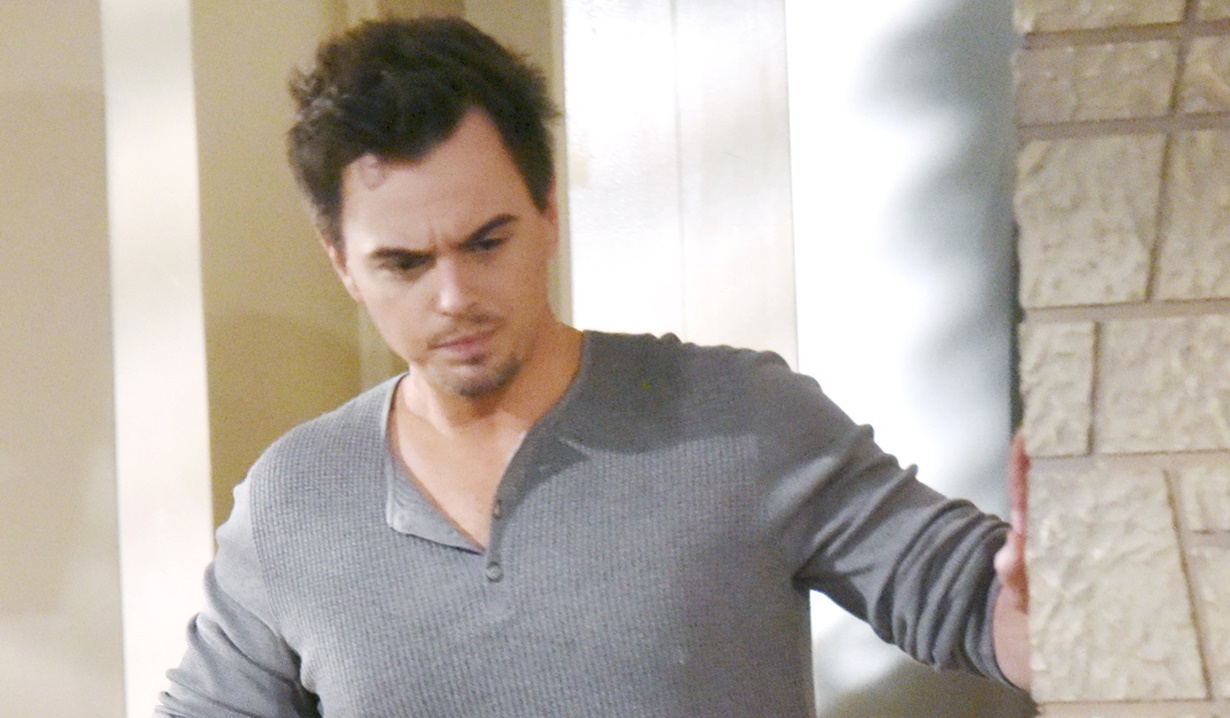 Liam and Steffy join Katie at the hospital, where Bill is out of surgery and still unconscious. They can’t believe someone shot him and question who is responsible. They get an update that he’s in stable condition, and can receive one visitor at a time.

At Katie’s place, Wyatt wakes up hungover and realizes he’s missed calls from his fiancée. He phones Katie and learns his father’s been shot, then steps outside and flashes to Bill hollering at him and Katie. Eric awakens Quinn in their bedroom and comments on her talking in her sleep. She didn’t say anything intelligible. He tells the news is reporting Bill was shot last night, then remarks, “You don’t seem surprised.” Eventually Eric asks Quinn if she shot Bill. Quinn feels she shouldn’t have to answer that question.

Justin arrives at Bill’s house, where Detective Sanchez (played by Jeremy Ray Valdez) asks why he’s there. Justin’s seeking important legal documents that need to be filed today. The paperwork is in an evidence bag, as well as Bill’s golden gun. The detective asks if Justin knows who might have done this, but Justin’s only concerned with the legal documents. The detective’s interested to hear Bill was disinheriting his sons. Justin muses he could throw their names in the hat with the others – any number of people might want him out of the way.

In Brooke’s bedroom, she notes Ridge didn’t sleep well, and questions if he’s still upset with Bill. Ridge growls that Steffy’s his little girl, and Bill doesn’t get to obsess about her anymore. Later, Brooke, shocked, reveals to Ridge she heard on the news that Bill was shot. Ridge muses that he had it coming. Brooke asks her husband if he tried to kill Bill Spencer.

At Forrester, Maya remarks that Rick’s been really quiet since finding out about Bill and Steffy, and he came in really late last night from who knows where? Rick mutters about there being a special place in hell for Bill Spencer, and the sooner he gets there the better. Maya takes a call from Julius relaying the news about Bill. Rick coolly remarks, “Crazy.” In the corridor, Charlie notes Pam’s wearing her clothes from yesterday and asks where she was last night. Pam’s having an episode and doesn’t remember much. Charlie urges her to call the pharmacy now. Soon, the meds are delivered.

At the hospital, Liam enters Bill’s room, looking wary and emotional. He approaches his father and says he doesn’t want him to die. Meanwhile, Wyatt joins Katie and Steffy. Katie and Wyatt recap their issues with Bill. She asks if Wyatt was angry enough to shoot his father.

At Spencer Publications, Justin tells Emmy (played by Sheryl Underwood) she’s looking at the new CEO, since the legal papers named him as Bill’s successor.

Katie and Wyatt’s engagement is announced.

Liam Learns Bill Was Shot and May...