Liam Learns Bill Was Shot and May Die

Wednesday March 7, 2018: Katie discovers an unresponsive Bill, Ridge runs into Sheila, and Wyatt drinks until he passes out. 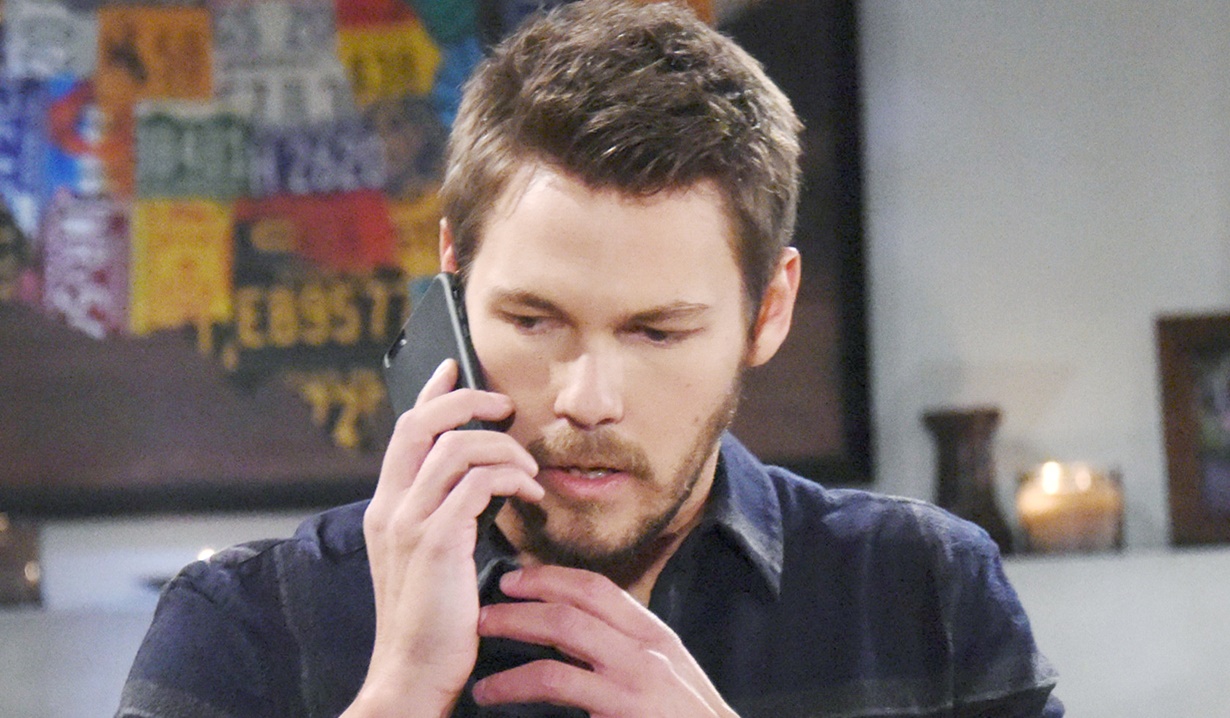 At the windstorm rages outside, Bill lies unconscious on his floor after being shot. Katie enters the open door, calling out for Bill – she wants to discuss the custody papers. Noticing the terrace doors open, she makes her way over and screams when she discovers Bill on the floor. Katie makes a frantic call to 911, tearfully urging them to hurry up, she thinks he’s dying. The police and paramedics arrive and Katie stammers out her story. As he’s wheeled away, Katie cries, “Oh God, Bill, who would do this to you?”

In the Forrester mansion, Eric leaves Quinn a message – he doesn’t know where she is and is worried. Eventually, Quinn arrives. Eric notes she was like the old Quinn tonight. Quinn says a mother needs to protect her child, and spouts off about Bill threatening Wyatt’s future after all the loyalty he’s shown. She’s never hated anyone more. Eric understands, but doesn’t want this to drag her backwards to the dark place. Quinn reiterates, “There is nothing I wouldn’t do for my son.” In Malibu, Steffy checks dinner. Liam enters, bundled up against the wind. Steffy tells him she kept the food warm, and Liam smiles; it smells good. He warns he can’t stay long, then questions if this is a good idea. Steffy doesn’t want to pressure him, but wants to spend time together.

Wyatt arrives at Katie’s house and starts pounding back drinks after realizing she’s not there.

At Il Giardino, the bartender asks Ridge if he’s alright. He orders a drink. Sheila appears. The bartender notes she’s super late. Sheila says she had something she needed to take care of, then asks Ridge if something happened since she last saw him. Ridge tells her to keep walking and pretend she never saw him. Sheila reminds him he asked her to get rid of Bill Spencer; she took that to heart. Ridge doesn’t want to discuss Bill and urges Sheila to get herself a drink.

At home, Brooke texts Ridge. Hope enters the room. Brooke relays she doesn’t know where Ridge went – that’s what worries her. Hope learns Bill showed up at Steffy’s and proposed. Brooke is concerned about what will happen if Ridge finds out – he hates Bill. She has a bad feeling. Later, Ridge comes in with a bruise and Brooke presumes he went after Bill. She realizes he’s been drinking. Ridge rambles about Bill having no decency or boundaries. “People like that don’t deserve to walk this planet.”

At the hospital, Bill is taken into surgery as Katie is asked by police if there is anyone who would want to kill her ex-husband. After, Katie tries to call Wyatt.

In Katie’s house, Wyatt’s passed out and misses Katie’s call.

Bill Is Shot From Behind by a...